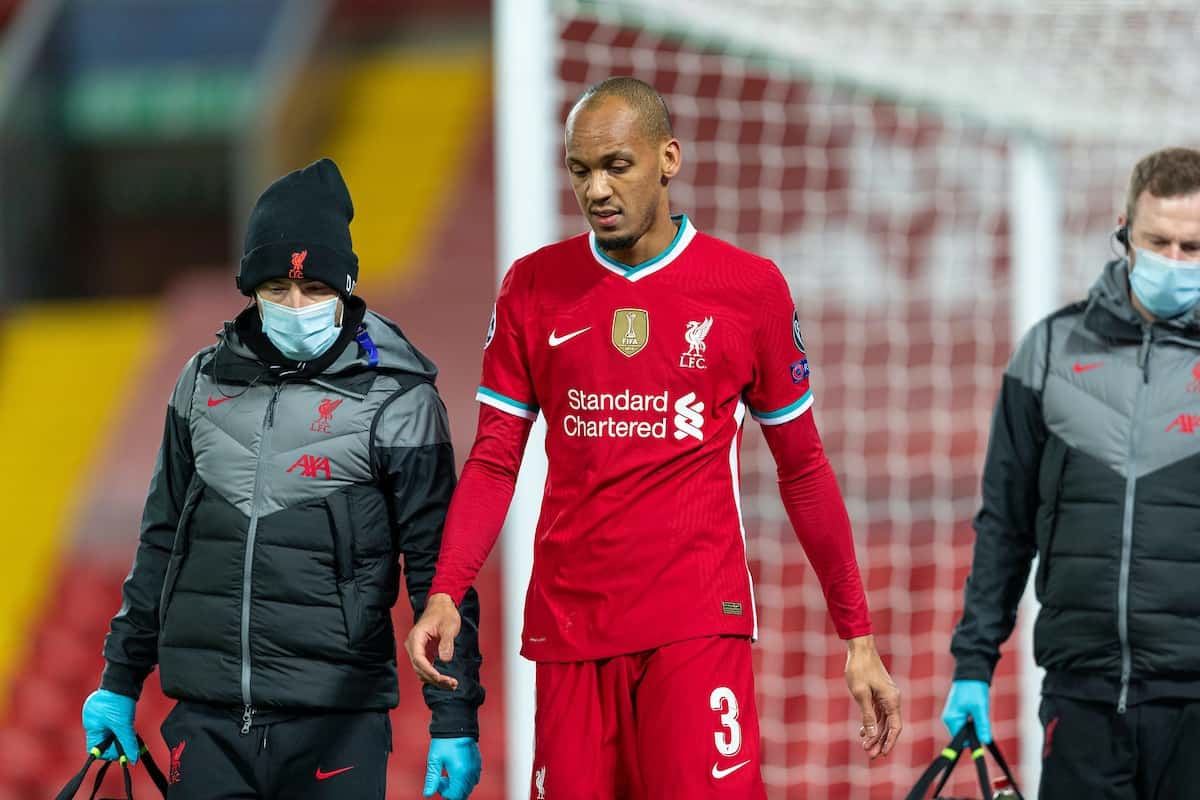 Liverpool have been dealt another injury blow, with Fabinho now set to be sidelined after suffering a hamstring injury against Midtjylland .

Speaking after the match, Jurgen Klopp confirmed it was hamstring injury for the Brazilian but didn’t know the severity of the issue yet.

“It’s exactly the last thing we needed,” admitted the boss.

“I know he felt a hamstring and that’s not good. He said he could have played on but no sprints, which doesn’t help. We will see, we will know more after a scan.”

Hamstring injuries are typically at the minimum two weeks out, and Fabinho will therefore be expected to miss games against West Ham and Atalanta, and possibly Manchester City.

Klopp explained: “We have to wait for the scan obviously, but you know in these times, when somebody goes off with a muscle problem it’s pretty rare that doc calls me the next morning and says ‘false alarm, all fine, he can go again’.

“It’s now only about how long, that’s all. Nowadays a week means three games, 10 days means four games, 14 days means seven games and all these kinds of things. That’s how it is. Absolutely not cool, but that’s the situation.”

Liverpool, are, of course, already without Virgil van Dijk, with Fabinho having impressed in his two performances in defence since the Dutchman’s injury.

Klopp will be hoping Joel Matip will be back available for Saturday’s visit of West Ham. Speaking at his post-match press conference, Klopp said: “I don’t know. We have to see.”

Matip has missed the last two games after one game back following a month layoff, which followed two months out with another injury.

Jordan Henderson would be next in line to play at centre-back, having done so in the Club World Cup semi-final last December.

Beyond that, the options are Billy Koumetio and Nat Phillips – neither of which can be registered for the Reds’ European squad until the knockout stages.