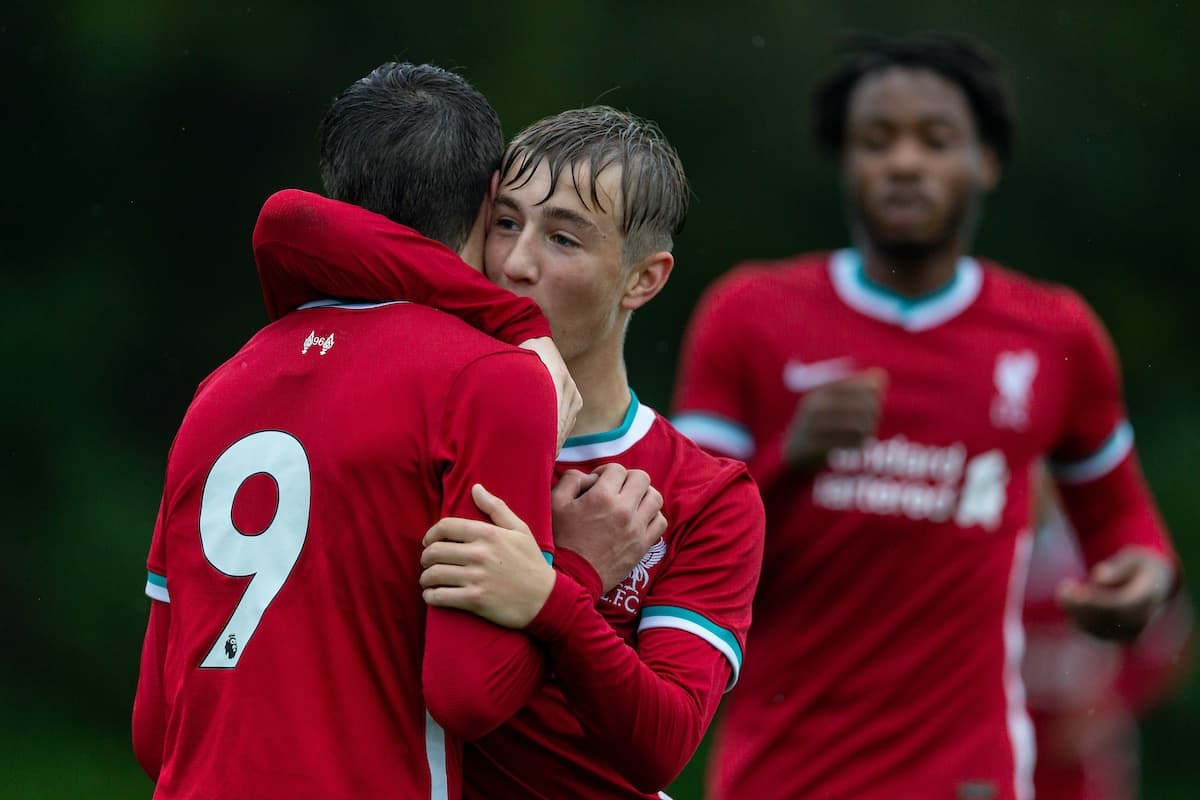 Layton Stewart brought his season’s tally to eight goals in four games as the Liverpool under-18s fought to a 3-2 victory over Sunderland, with two making their debuts.

The young Reds made it four wins in five games as they start the season with a bang under Marc Bridge-Wilkinson, with Stewart in top form leading the line.

Bridge-Wilkinson was forced into a number of changes for the visit of Sunderland, including a debut for Terence Miles at centre-back and a first start for Ethan Ennis, who opened the scoring after just 12 minutes.

It was created by Isaac Mabaya, but the finish was deserving of real praise for Ennis, who was able to cut inside onto his right and curl an effort home for 1-0.

Injury to Sunderland‘s Ryan Gooch led to a lengthy delay to proceedings, and soon after the restart goalkeeper Harvey Davies was beaten in unfortunate fashion as James Foster charged down a clearance and lobbed him on the rebound.

The dangerous Stewart restored Liverpool’s lead before the break, with Max Woltman finding him from the wing at the second time of asking for the striker to convert.

With Mabaya on form in midfield, the 16-year-old notched another assist on 52 minutes, this time for Stewart who sealed his brace with a towering header. 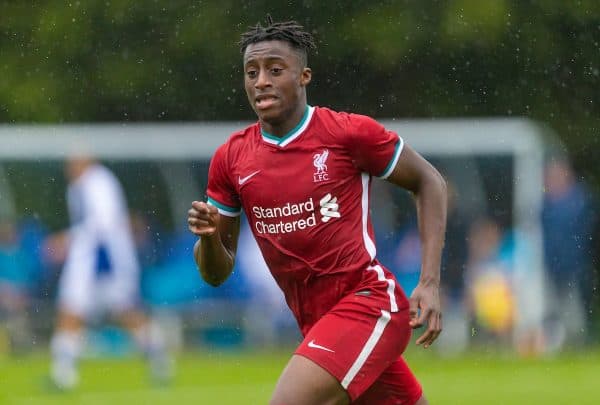 A counter from the Black Cats saw Caden Kelly reduce the deficit in the second half, however, but Liverpool were able to hold on for another three points.

Stewart’s double brings his tally up to eight goals in just four games so far this season, and with the under-23s failing to fire in their 1-0 loss to Brighton later on Saturday, it could be that a callup is in the offing soon.

For now, though, Bridge-Wilkinson will be eager to keep him as part of his U18s side, who are now fourth in the league and just two points behind leaders Man City, having played a game fewer.

Next up is a mini-derby at Finch Farm, with Everton a place above them in the U18 Premier League, promising for a feisty rival clash.