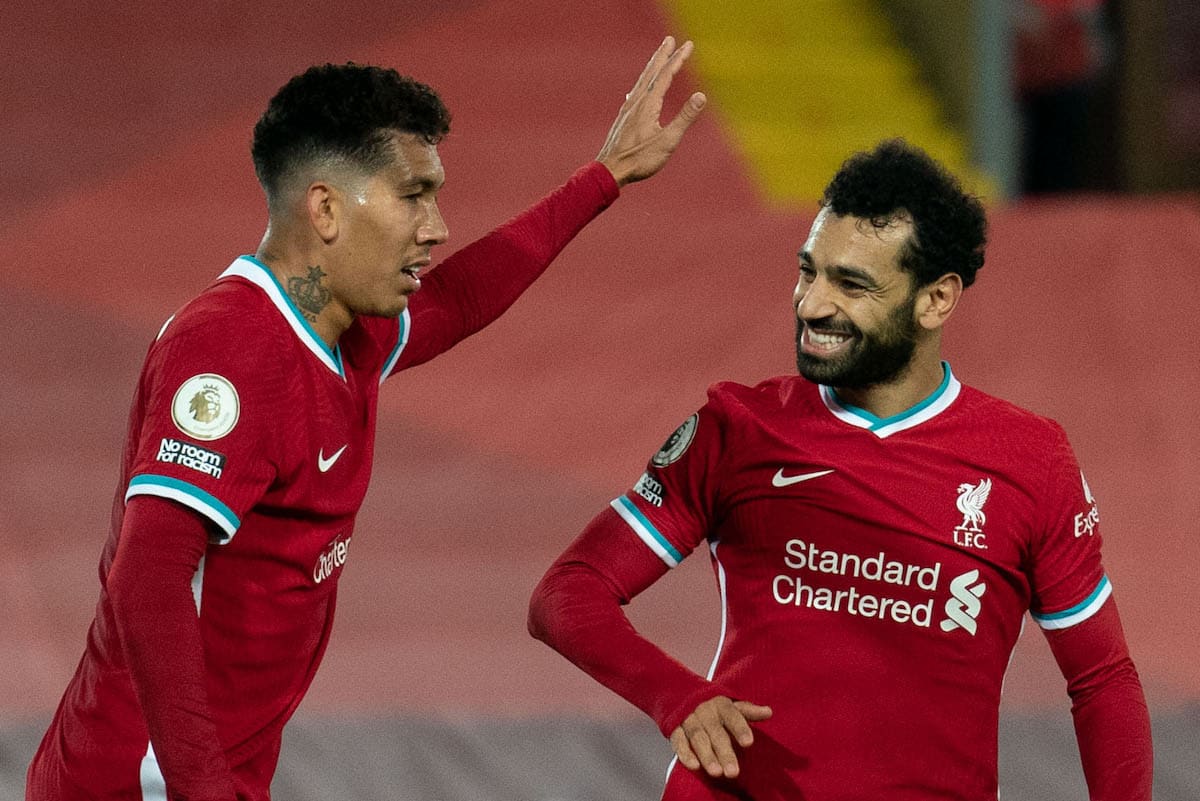 Goals from Roberto Firmino and Diogo Jota either side of half time gave Liverpool victory over Sheffield United in the Premier League.

There was a huge boost for the Reds pre-match with news that goalkeeper Alisson Becker was back in the squad well ahead of his expected return from a shoulder injury.

Alisson was one of three changes to the side that beat Ajax midweek, with Jordan Henderson and Diogo Jota replacing James Milner and Curtis Jones – that gave Liverpool a 4231 shape, with Mohamed Salah and Roberto Firmino centrally, Sadio Mane on the left and Jota on the right.

Liverpool looked dominant early on but it was the visitors who took the lead on 13 minutes when Fabinho was adjudged by VAR to have given away a penalty with a foul right on the edge of the box. Sander Berge dispatched the spot-kick.

Liverpool, having started brightly, failed to create any clearcut chances and arguably it was the visitors who looked more dangerous for most of the rest of the first half – that was, until Firmino grabbed his first goal of the season.

The Brazilian tapped in from close range after Mane saw his header from a good cross by Jordan Henderson on the right parried by Aaron Ramsdale.

It was level at the break.

The second half saw little in the way of clear cut chances for either side until just after the hour when a delightful ball in from Trent Alexander-Arnold played in Salah but the forward was judged offside after a VAR check.

Two minutes later, it was actually 2-1 as Jota headed his second goal for the club. The Portuguese firmly planted in Mane’s cross from the left and Liverpool finally had the lead. 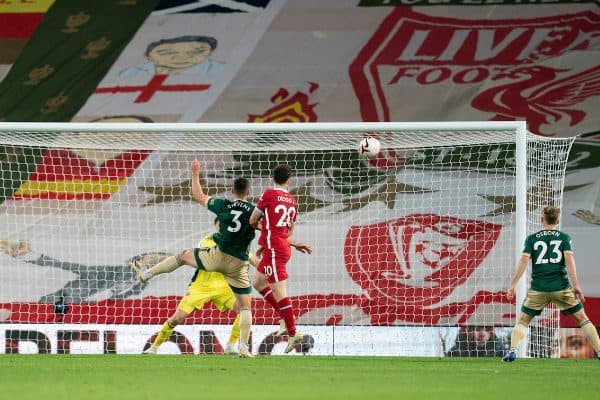 The game was almost put to bed with 10 minutes remaining when some lovely skill from Salah eventually saw his dinked finish come back off the post at the Kop end. The Egyptian deserved a goal for that and his earlier finish that was offside.

Liverpool move joint-top of the league with neighbours Everton, who have a game in hand.