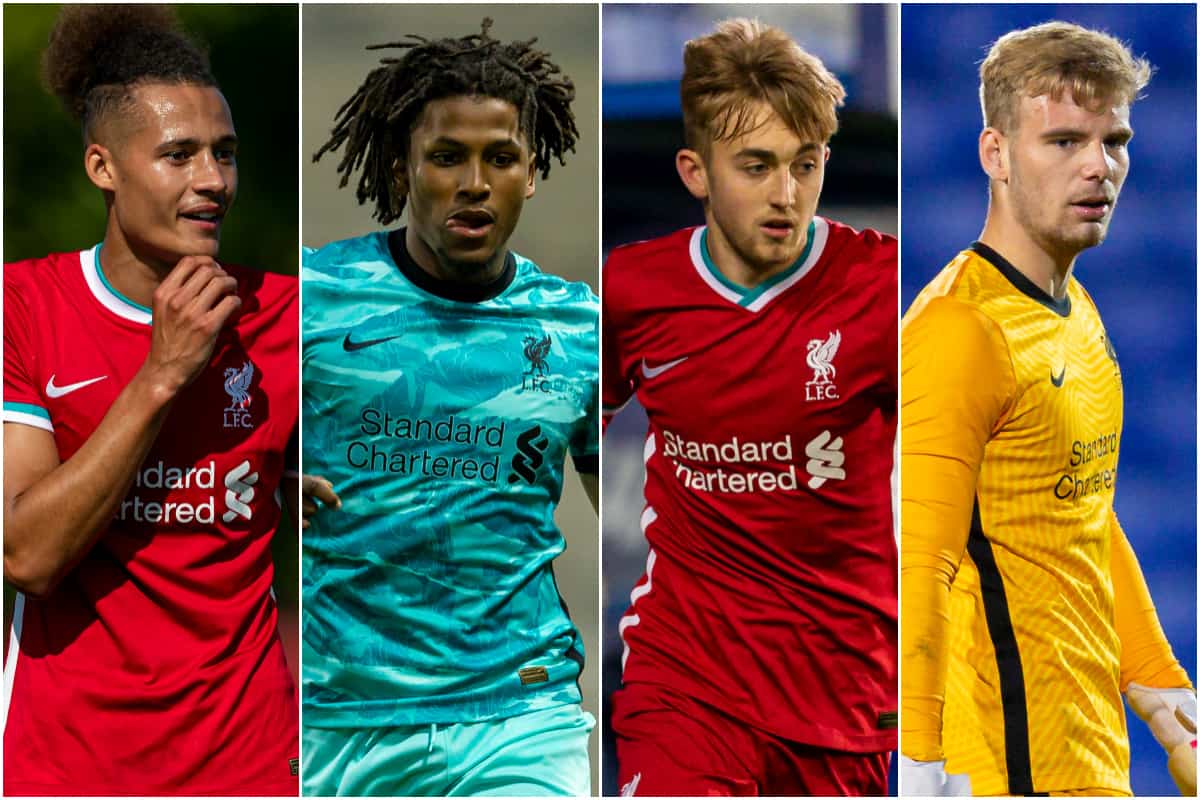 Liverpool have submitted ‘List B’ of their Champions League squad ahead of their clash with Ajax, with 12 youngsters added to the group for this European campaign.

While clubs were required to name their initial squad for the Champions League earlier in October, managers are able to then add an unlimited number of players under the age of 21 with at least two years’ training at the club to ‘List B’.

Changes can be made up to midnight on the night before a game, and Liverpool have now made their additions to the group, with five of the 12 youngsters registered travelling to Amsterdam.

The most notable are first-team regulars Curtis Jones and Neco Williams, along with Rhys Williams, who is set to serve as third-choice centre-back against Ajax due to the absence of Virgil van Dijk and Joel Matip.

Nat Phillips is not part of Liverpool’s Champions League squad and could not be added, nor could either Billy Koumetio or Sepp van den Berg, restricting Jurgen Klopp‘s options further.

Goalkeeper Vitezslav Jaros was also on the plane as he is now considered third-choice goalkeeper while Alisson is out injured, and the Czech Republic youth international could well be on the bench as Klopp is able to name a matchday squad of 23 players.

The final youngster to have travelled for the clash with Ajax is 19-year-old midfielder Jake Cain, who has already scored three and assisted one in six appearances for the under-23s this season, and should also be on the bench.

Klopp’s other seven youngsters could give an indication of Liverpool’s plans in case of emergency, most notably with the inclusion of Yasser Larouci.

Larouci was expected to be on the way out in the summer transfer window, with the Algerian in the final year of his contract, but no move materialised and he can now be drafted in as likely fourth-choice left-back.

Along with Cain in the midfield ranks are U23s staples Leighton Clarkson and Elijah Dixon-Bonner, while the attack is bolstered by Liam Millar, Paul Glatzel and Layton Stewart.

Stewart’s involvement comes despite the 18-year-old having exclusively turned out for the under-18s so far this season, though in four games for Marc Bridge-Wilkinson’s side he has already struck eight times, including two hat-tricks.

The majority of those named on ‘List B’ will not be involved in the Champions League this season, but it shows the areas Klopp sees needing cover.

Virgil van Dijk and Harvey Elliott also included as changes to List A not permitted.