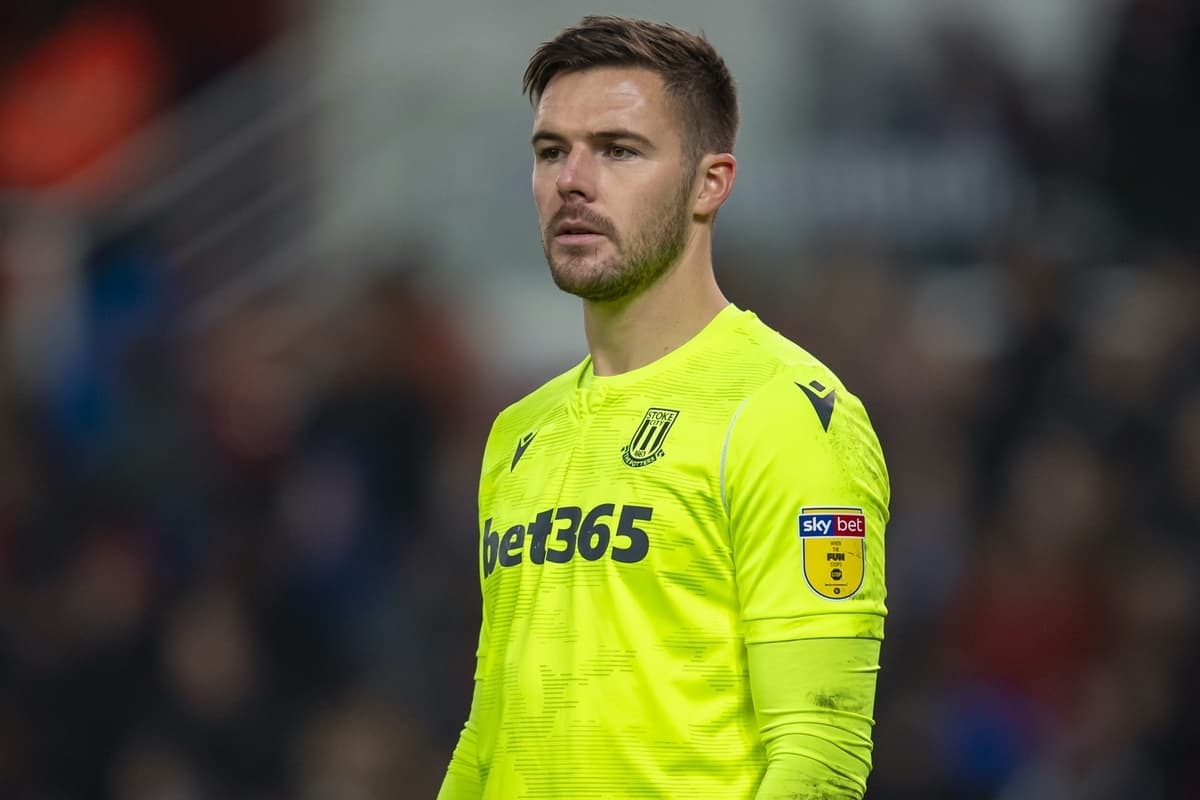 Liverpool have been linked with a move for Stoke goalkeeper Jack Butland before the transfer deadline on October 16, but fans can ignore links with the 27-year-old.

It has been repeatedly claimed since the Reds’ 7-2 loss at Aston Villa that the club could make a move for Butland prior to the window closing for deals between the Premier League and Championship.

This comes with faith in Adrian at a low, and with Alisson sidelined for up to six weeks with a shoulder injury sustained during a collision in training.

On Saturday night, the Mirror‘s John Richardson reported that Adrian‘s struggle at Villa Park “has led to negotiations between Liverpool and Stoke” over a deal for Butland.

Richardson even claims that “Butland could be involved against Everton in Saturday’s Merseyside derby at Goodison Park,” to the shock of Reds supporters.

There are a few factors that would make a move for a goalkeeper like Butland a feasible one for Liverpool, primarily as he would be classed as ‘homegrown’ and his arrival could allow Caoimhin Kelleher to depart on a much-needed loan.

But beyond that, there is very little benefit in Butland making the move to Anfield, and particularly not from the club’s point of view.

Though considered a promising talent in his early years, with a breakthrough at Birmingham City leading to interest from Liverpool prior to his £3.5 million move to Stoke back in 2013, he has been on a decline since.

Now, he is no longer first choice at Stoke, with Adam Davies preferred as No. 1 and youngster Blondy Nna Noukeu also named on the substitutes’ bench. 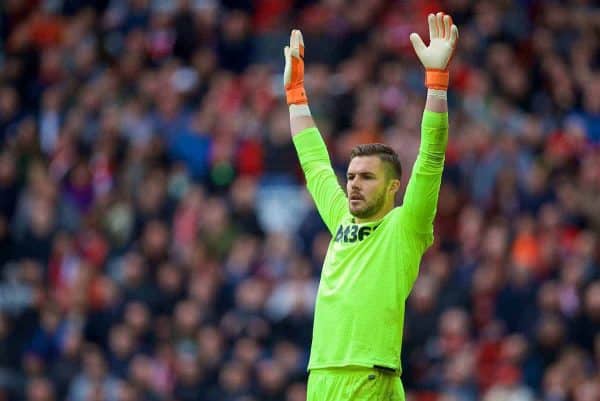 This has come after a litany of errors for the Potters, with Michael O’Neill’s side conceding 68 goals in last season’s Championship when Butland was still a regular starter – only six sides shipped more.

Adding Butland to Jurgen Klopp‘s squad as a potential replacement for Adrian would be far from an improvement, and fortunately, the Liverpool Echo have already quashed the rumour.

Though coming from the same source that continually stressed that Thiago was “not an active target” in the weeks leading up to his £25 million switch to Merseyside, their insistence that there is “zero interest” in Butland makes complete sense.

It would be a kneejerk reaction to move for another goalkeeper to take over from Adrian at this point, and it would only be likely if Alisson is, in fact, out for even longer.

Either way, there are even possibly better options than Butland that would be available from the Championship, and similarly from the free agent market, with veterans Danijel Subasic and Michel Vorm currently without a club.