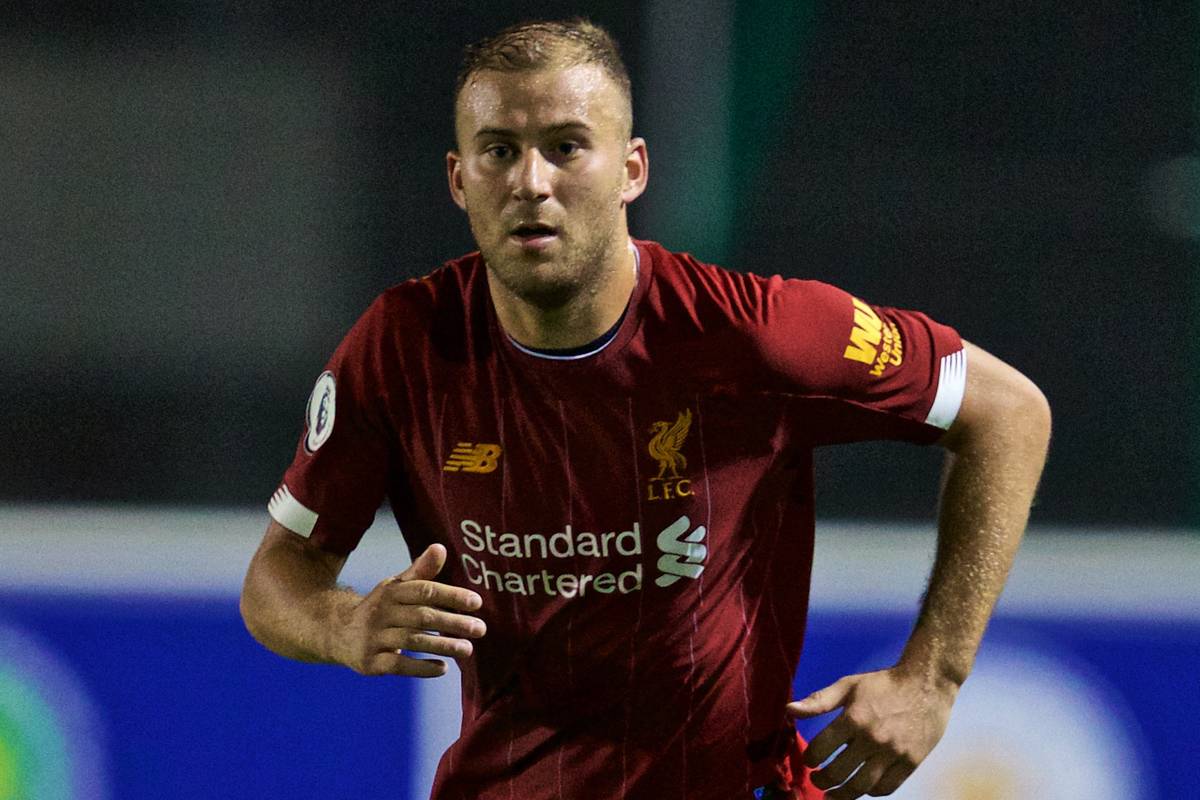 Liverpool have sold academy midfielder Herbie Kane to Barnsley, with the 21-year-old returning to the Championship after seven years and two first-team appearances.

Kane joined from Bristol City in 2013, and he followed Trent Alexander-Arnold through the youth ranks, including a request from Steven Gerrard to coach them both as part of his UEFA ‘B’ Licence course.

Injuries provided a speedbump in his progress, but the young midfielder became a regular at under-23s level before enjoying loan spells with Doncaster and Hull.

His time at Hull came after two outings for Liverpool in the League Cup, including an impressive performance in the 5-0 defeat to Aston Villa in December, but his game time at the KC Stadium was restricted, again, due to injury.

Now recovered and having made his return to the field in the U23s’ 5-0 friendly win over Salford City during the international break, Kane has completed a permanent exit.

The midfielder returns to the Championship, with Barnsley agreeing a deal worth up to £1.25 million to bring the youngster to Oakwell.

Liverpool have also negotiated a 15 percent sell-on clause with the second-tier club, which could prove lucrative if Kane realises his potential in the years to come.

Kane could make his debut for the Tykes as soon as Saturday, at home to his boyhood club Bristol City, whom earlier in the summer he had expressed a desire to return to.

This move serves as a productive one for Kane, who would simply have been spinning his wheels if he remained with Liverpool or headed out on another loan, having already proved himself capable at Championship level.

He can now look to settle at Barnsley – where he will join former Liverpool team-mate Isaac Christie-Davies in midfield – and establish himself as a standout performer in the second tier.

All the best, Herbie.