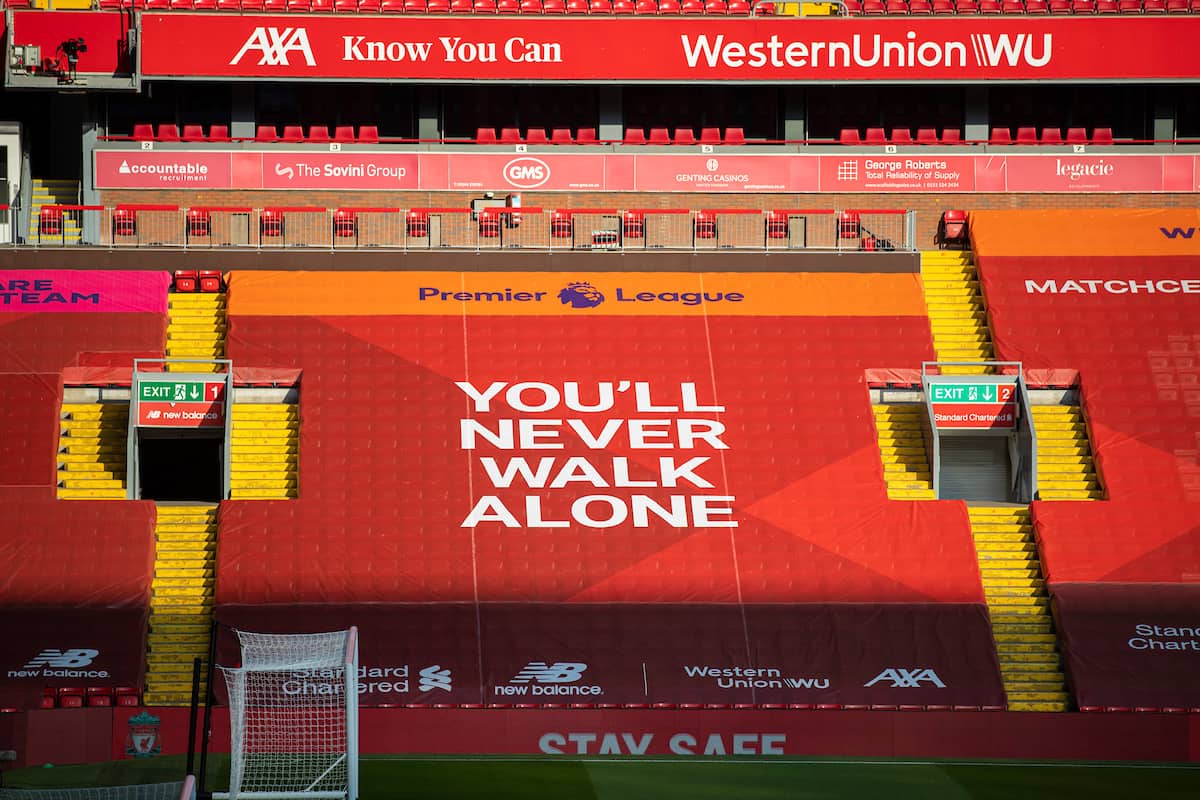 Liverpool fans have been urged to boycott their first Pay Per View match against Sheffield United on Saturday and instead donate the money to Foodbanks.

At a time when supporters are banned from stadiums, with none in attendance now for seven months at Anfield, the decision by the Premier League to put some games on PPV has been seen as a massive insult.

Manchester City and United fans have combined and so far raised over £25,000.

For Liverpool supporters, they are being urged not to pay the £14.95 price for Saturday evening’s home match against Sheffield United and instead donate the money to the North Liverpool Foodbank – whose usual donations of food parcels arrive from supporters attending matches at Anfield and Goodison Park on matchdays.

You can donate here.

Fans Supporting Foodbanks have also offered fans who donate the chance to enter a competition to win a signed shirt from ambassador Trent Alexander-Arnold. See details below:

Simple make a donation to us by following the link below ??https://t.co/nIHpiOZWz8

Retweet this tweet and give us a follow and we will randomly select one person to win a @TrentAA signed shirt, with a certificate of authenticity in a presentation box#RightToFood #LFC #Blades https://t.co/pSkTmCBgsU