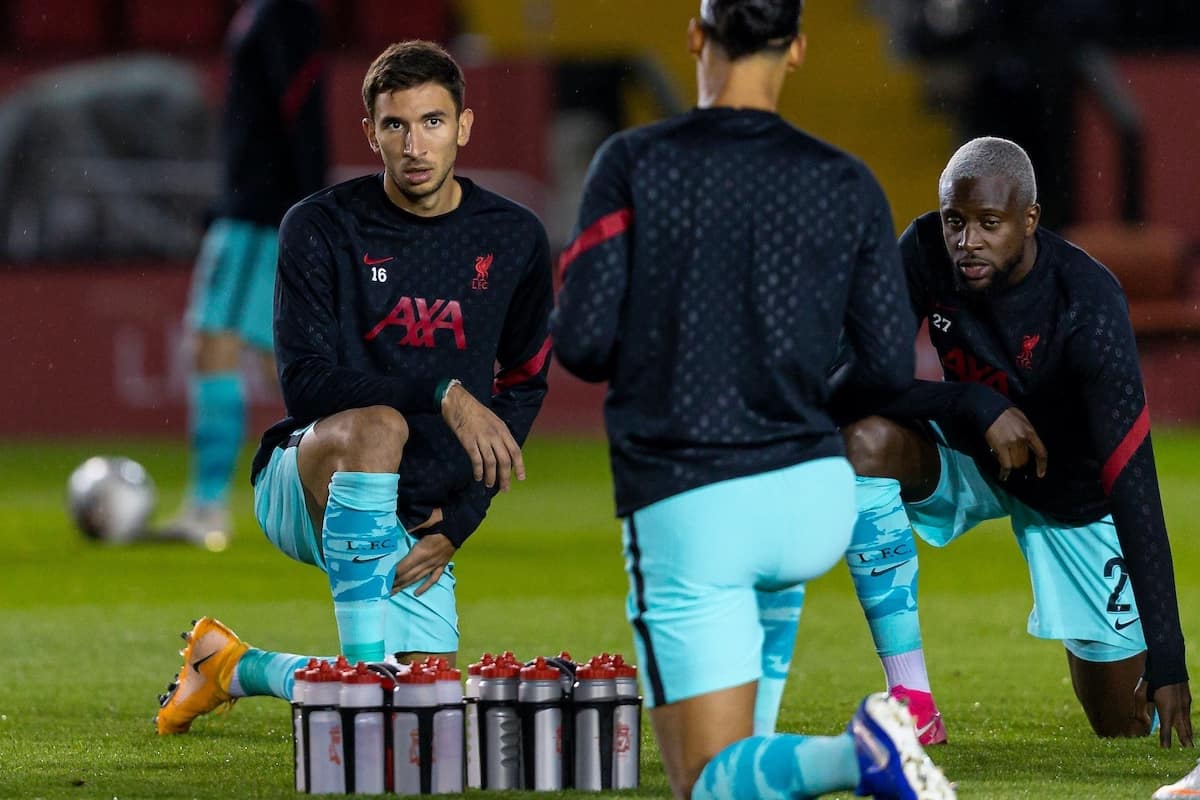 Jurgen Klopp will likely be forced to leave out either Marko Grujic or Xherdan Shaqiri when he names his Premier League squad, after failing to secure summer moves.

There were no moves in or out of Anfield on Monday, with 11pm passing without an announcement on the club’s social media channels.

This was largely due to excellent business earlier in the window, most notably the swift signings of Thiago and Diogo Jota over 48 hours, but it was also a result of their stiff valuations on three players.

Grujic, Shaqiri and Harry Wilson were all available, and all had a number suitors, but with Liverpool looking for close to £60 million combined for the trio, no deals materialised.

That will not concern Klopp, as he is an admirer of all three, but it presents a logistical issue when it comes to registering a squad with the Premier League.

With any club only able to name a maximum of 17 ‘non-homegrown’ players in their 25-man squad, owing to strict homegrown rules, Liverpool have one too many among their first team.

* Under-21 players are not required to be registered.

Common sense dictates that of the ‘non-homegrown’ players within Klopp’s squad, the two that could be considered surplus are Grujic and Shaqiri; neither are regulars in the first team, and both were available for transfer.

The lack of a deal for Wilson is no real issue for Liverpool, as the Welsh midfielder is classed as homegrown and is in fact filling a vital slot in the squad.

That is also the case with Nat Phillips, who could still leave the club before the extended deadline for moves between the Premier League and Football League on October 16.

Their places in the squad could be taken by the likes of Neco Williams, Curtis Jones or Rhys Williams, who are not required to be registered as they are under 21, but are homegrown having been with the club since under-9 and under-10 level.

Omitting either Grujic or Shaqiri would mean that they are unable to play in the Premier League until at least January, when squads can be revised, and registration rules for the Champions League are even stricter.

Liverpool are out of the League Cup and the FA Cup does not begin until January, so their only chance of football would be at under-23 level, where up to three ‘over-age’ outfield players can be fielded in any game.

Of course, there is still the option of a short-term move to the Championship, but that is a highly unrealistic scenario for either player.

The most likely omission is Grujic, although his favourable fitness record compared to Shaqiri may give him the advantage if Klopp is left to decide between the two.

Either way, it would be a major setback for either player if they are left out of the Liverpool squad, and it could cast a negative light on the club for not allowing one of the pair to leave on loan in the transfer window.