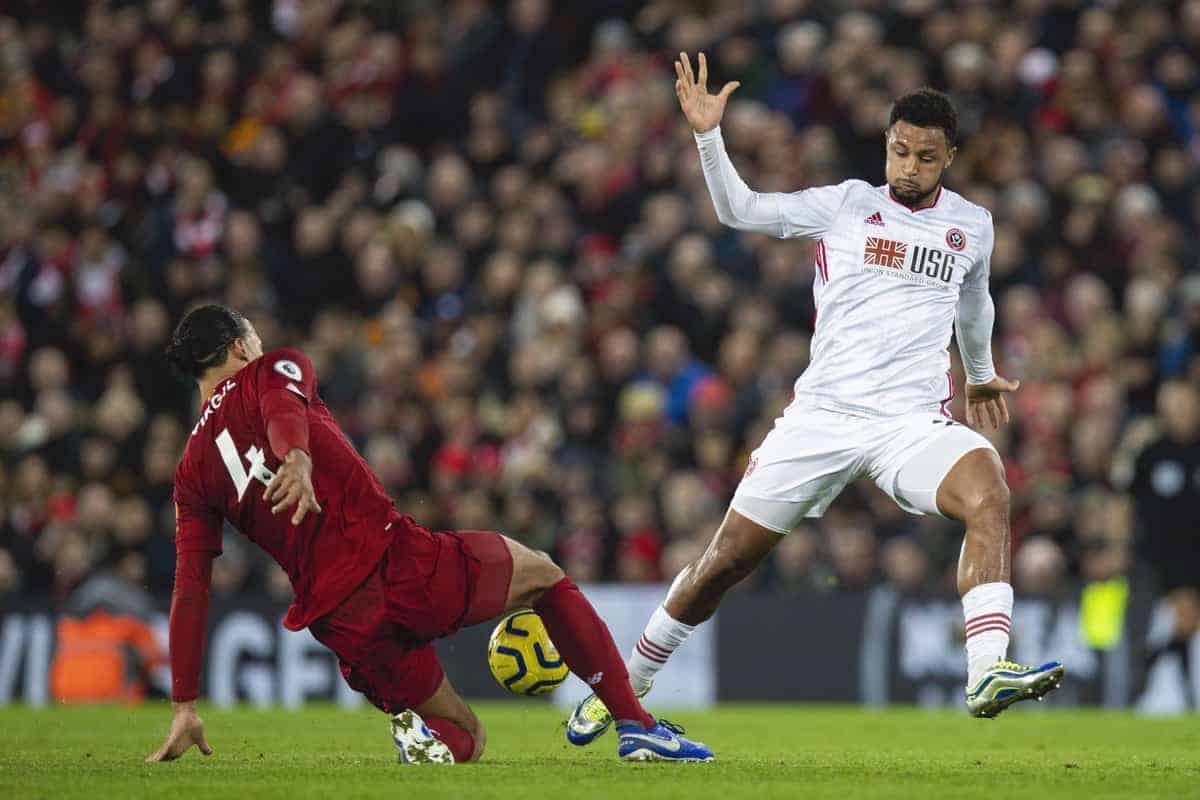 The Reds’ Premier League meeting with Sheffield United has been moved to an 8pm kickoff on October 24 after the introduction of Sky Sports Box Office.

On Friday it was announced that Premier League clubs had voted to show fixtures not originally chosen for broadcast on a pay-per-view basis across both Sky Sports and BT Sports.

It comes at a price of £14.95 for each game a fan wishes to watch that has not been chosen as part of the broadcast selection lineup, meaning Liverpool’s clash with Sheffield United falls into this bracket.

With the desire seemingly to give each game it’s own time slot even with the new box office setup, the Reds’ match at Anfield on October 24 has been changed from the original kickoff time of 3pm to 8pm on the same evening, showing on Sky Sports Box Office.

The clash will pit Jurgen Klopp‘s men against a Sheffield United side who after four games has collected zero points and has scored just one goal – but they are to be boosted by the arrival of Rhian Brewster.

The visit of Sheffield United will be Liverpool’s third match after the return from the international break, with trips to both Everton and Ajax preceding the Premier League fixture.