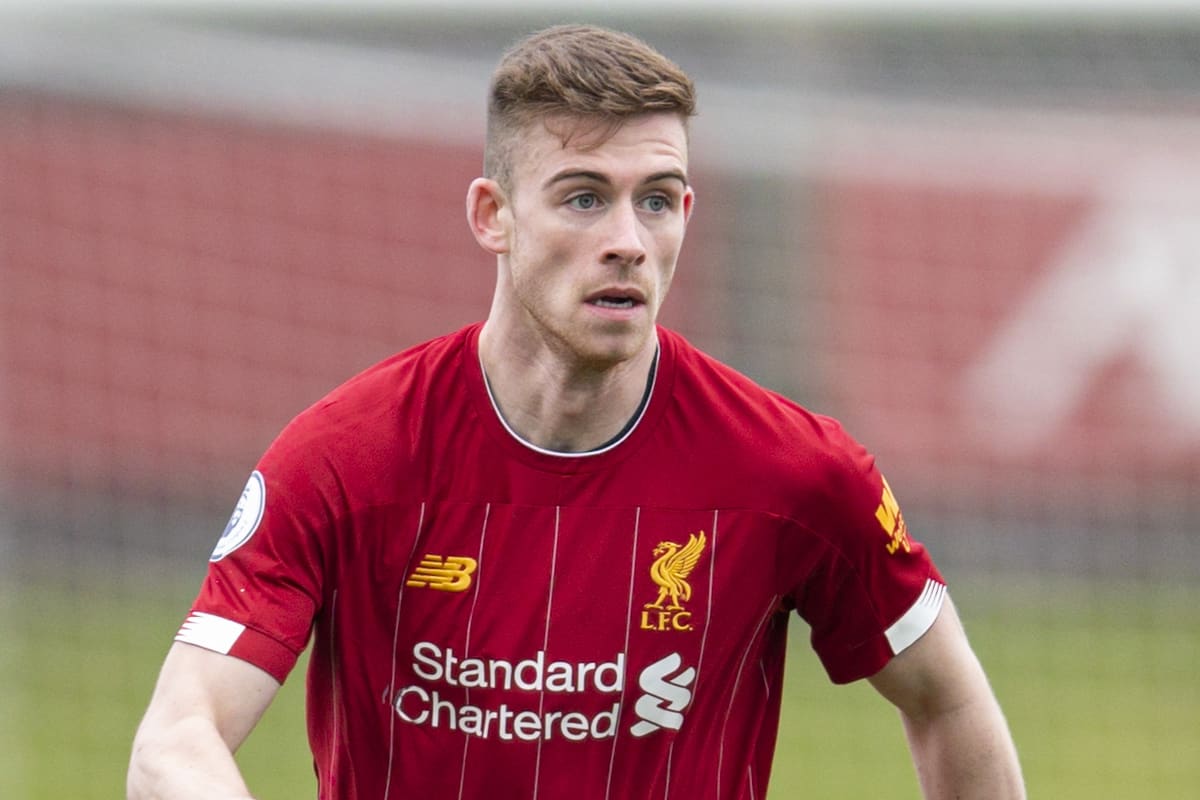 Liverpool loanee Tony Gallacher is off the mark in MLS as he laid on an assist Andy Robertson would have been proud of in Toronto FC’s 2-1 win over Philadelphia Union.

With first-team opportunities scarce for Gallacher, the opportunity to join an MLS franchise for the remainder of the year will have been difficult to turn down.

“It didn’t even cross my mind to answer no,” he revealed shortly after making the switch to Toronto.

“I just turned 21, so me and my agent, my family, everyone knows I need games, need real first-team games.

“I’ve been under-23s at Liverpool for two-and-a-half years now, it has been good to learn from some great coaches how to play the game, but the minute this came around it was time for me to kick on in my career.”

The words of Toronto general manager Ali Curtis, saying Gallacher would “provide us with additional depth to our backline,” may have been a red flag, but the Scot has featured heavily so far.

Each of his three appearances has resulted in a win, and Sunday saw him play his most pivotal role yet, with a Robertson-esque cross for the equaliser when 1-0 down.

Toronto were trailing after Sergio Santos’ fifth-minute strike for Philadelphia, and with the game approaching the hour mark, Gallacher embarked on a driving run down the left.

Upon reaching the edge of the box, the left-back powered in an inch-perfect cross for Ayo Akinola to head home, with Gallacher swarmed by his team-mates in celebration.

It was the ideal impact for the youngster having replaced the injured Justin Morrow in the 39th minute, and it could convince manager Greg Vanney that he is deserving of a starting role.

Toronto eventually won the game 2-1, with former Swansea midfielder Alejandro Pozuelo nodding home the winner at the back post from a corner, and speaking immediately after the final whistle, Gallacher was full of emotion.

The guy knows how to produce in Red ? pic.twitter.com/Y0ZrtJ3ONe

He said: “[That meant] a lot. As soon as it came off my foot I needed Ayo to finish it off for me, and he did exactly that. Buzzing.”

Elsewhere among Liverpool’s loanees, Adam Lewis came off the bench as Amiens suffered a 1-0 loss to Caen on Saturday, while Loris Karius and Taiwo Awoniyi were both unused as Union Berlin thrashed Mainz 4-0 on Friday.

Morgan Boyes played the full 90 minutes in Fleetwood Town’s 2-1 defeat at Rochdale, while Sheyi Ojo was brought off with four minutes to play as 10-man Cardiff held Blackburn to a 0-0 draw.