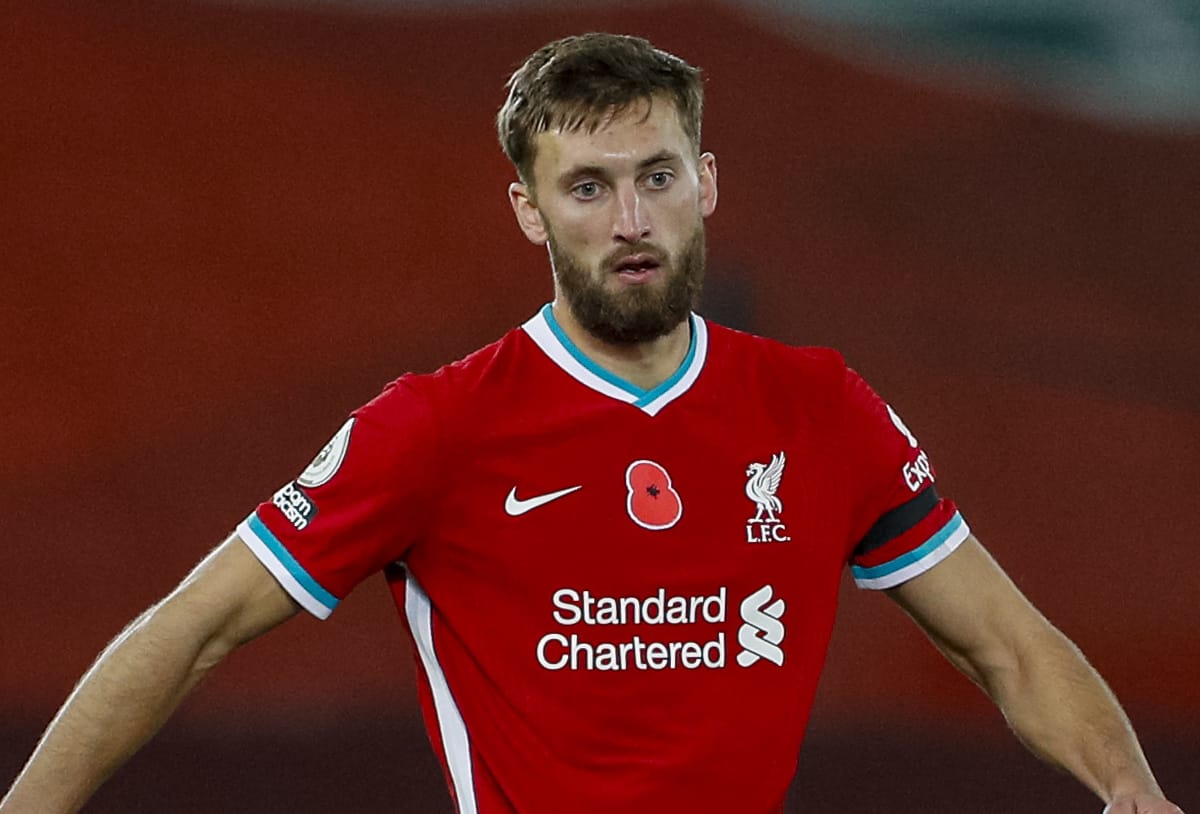 Nat Phillips relished the “tough” battle presented by West Ham on his Premier League debut, one he commemorated with a Man of the Match display.

It has been a seize the moment attitude for Phillips in the last week as Liverpool’s senior centre-back contingent continue to be besieged by injury.

Expected to make a summer switch to the Championship before talks fell through the 23-year-old was omitted from the Champions League squad before ultimately remaining on Merseyside after deadline day.

And while game time in Klopp’s first-team looked slim at best, the door has since been left ajar with a number of absences in the heart of the defence and his presence has since proved vital for Liverpool.

It meant a Premier League debut came his way, in only his second senior appearance for the club, against a physical and aerially dominant West Ham – to which he more than stood up to the task on what was a “dream” evening which ended with the Man of the Match award.

“It’s massive, it’s what I’ve dream of growing up and obviously to have that opportunity was huge for me and my family,” Phillips told Sky Sports post-match.

“So really happy to have done so and to get a good result.

“It was Thursday training the gaffer mentioned [starting] to me and said as long as nothing happens before Saturday you’ll be playing so I just knew I had to keep myself fit until the weekend.

“Obviously the last few weeks I’ve sort of known that there was a possibility coming up with the injuries we’ve hard so I’ve made sure I stayed prepared in case the opportunity did come.”

Phillips acknowledged the needs to stick to the basics in the early stages to settle into the game and in the end “really enjoyed” the experience, but he is keeping his feet firmly on the ground and not taking the opportunities ahead for granted.

“I think it was important for me to just do the basics early on just to settle any nerves that I might have, try not to overcomplicate things too much,” he continued.

“As the minutes go on you sort of settle in the game, I really enjoyed it – it was a tough battle, a lot of aerial battles but I would say that’s probably one of my strengths.

“So I enjoyed that side of it but like I said, most importantly we got the good result.

“Possibly [more opportunities], but I’ve just been concentrated on this weekend up until now but if the opportunity does arise again I’ve got to make sure I’m ready for that.”

It was a confidence-boosting performance for Phillips and Liverpool, one which Klopp simply described as “wow” and being presented with the Man of the Match award from Jamie Carragher proved to be “a huge compliment” for the No. 47.