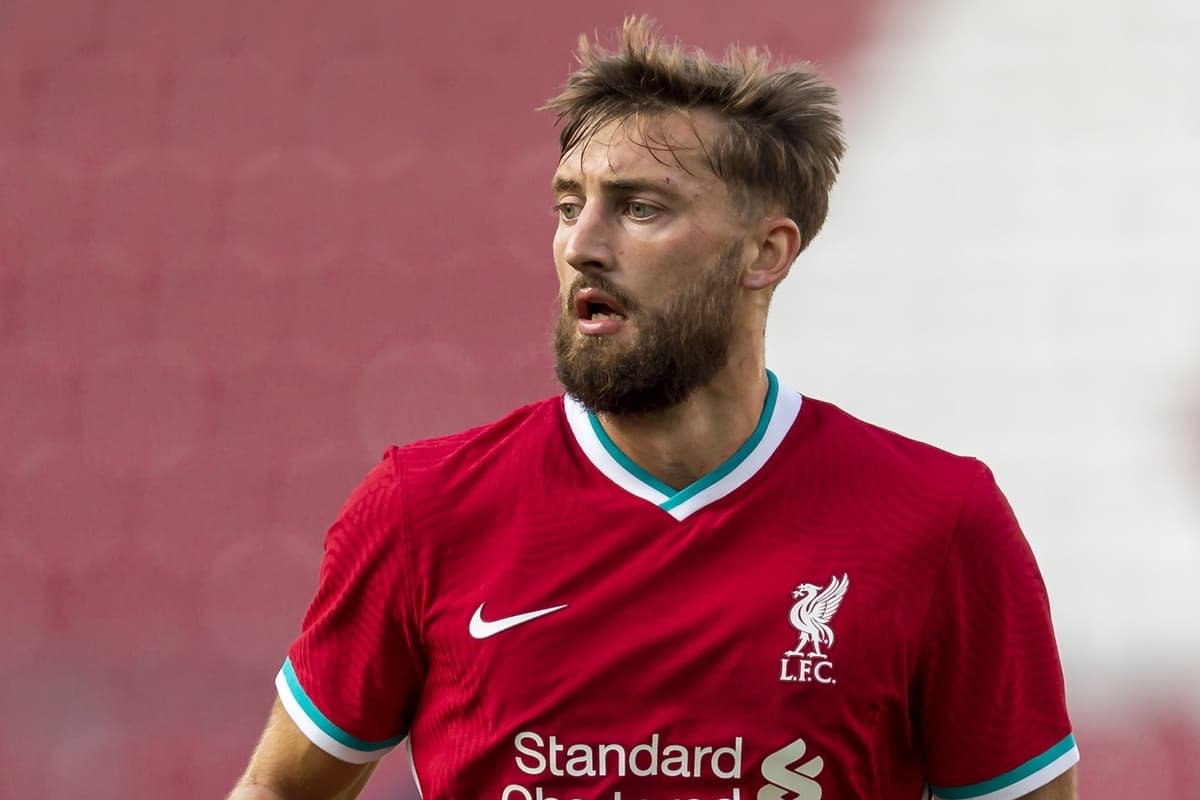 Nat Phillips was among the players expected to leave Liverpool in the final days of the summer transfer window, but the centre-back is now set to stay as a first-team option.

The Reds sealed four deals on Friday’s deadline day, with Harvey Elliott making a surprise loan switch to Blackburn as the most high-profile move.

Harry Wilson also joined Cardiff on loan, while Ben Woodburn is set for a short-term reunion with Neil Critchley at Blackpool and Herbie Kane joined Barnsley in a permanent deal worth £1.25 million.

But as the hours counted down on an extended window for moves between the Premier League and Football League, a number of proposed departures failed to materialise.

Chief among those was for Phillips, who was considered for sale as Nottingham Forest, Middlesbrough and Swansea weighed up moves, with the 23-year-old having recently returned to training following injury.

According to Goal‘s Neil Jones, however, Phillips is now “being kept at the club to provide cover at centre-back.”

With the sale of Dejan Lovren to Zenit St Petersburg earlier in the summer, Liverpool are short a senior centre-back, with Jurgen Klopp‘s plan being for Fabinho to deputise while those from the academy fill in when required.

Phillips can now be considered among that group of reserve defenders, along with Rhys Williams and Billy Koumetio, who have remained regulars at Melwood.

All three are likely to feature for the under-23s at stages throughout the season, too, along with three other players who had been tipped for a late switch to the Football League.

Liam Millar was widely touted with a developmental loan in the Championship, with Millwall among the clubs interested, only for Elliott’s move to Blackburn seeing him kept back at Kirkby.

Meanwhile, Sepp van den Berg saw interest from the Netherlands and Germany come to nothing earlier in the summer, and the club failed to find a suitor in the lower leagues in England.

In his first column for This Is Anfield on Saturday, David Lynch revealed that Van den Berg “wasn’t considered [first-team] ready by coaching staff as he continues to adapt to English football.”

And finally, despite both club and player agreeing the best course of action was a permanent exit after Yasser Larouci turned down the offer of a new contract earlier in the summer, no buyer emerged.

Millar, Van den Berg and Larouci will now remain staples of Barry Lewtas‘ U23s side, until at least January, when their hopes of a move will be revived.