The Premier League has expressed its disappointment that EFL chairman Rick Parry is supporting “damaging” radical plans for an overhaul of the top flight.

Among the controversial proposals outlined in the plans, called Project Big Picture, are a reduction in the Premier League to 18 teams, greater power given to the so-called ‘big six’ and the abolition of the League Cup and Community Shield.

In return, 25 percent of the Premier League’s annual income would go to EFL clubs.

It is a plan which, the PA news agency understands, is being driven by Parry and not, as suggested, champions Liverpool and Manchester United, although both clubs are engaged with the radical reform and their main rivals are likely to follow.

“In the Premier League’s view, a number of the individual proposals in the plan published today could have a damaging impact on the whole game and we are disappointed to see that Rick Parry, chair of the EFL, has given his on-the-record support,” said a Premier League statement.

“The Premier League has been working in good faith with its clubs and the EFL to seek a resolution to the requirement for Covid-19 rescue funding. This work will continue.

“Football has many stakeholders, therefore this work should be carried out through the proper channels enabling all clubs and stakeholders the opportunity to contribute.”

It is reportedly being proposed £250m would be paid up front to see EFL clubs through the current financial crisis caused by the coronavirus pandemic and matches being played behind closed doors, with a gift of £100m to sustain the Football Association. 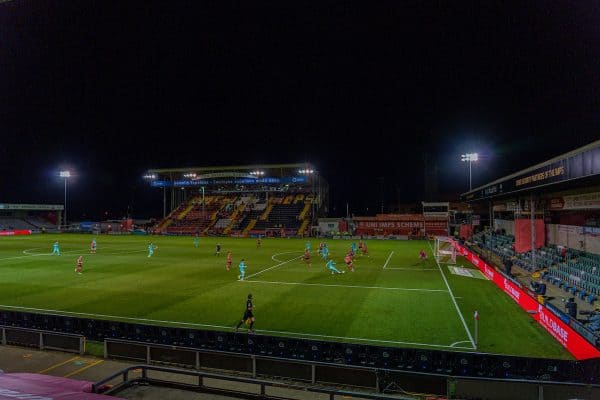 However, there would also be a revamp of the Premier League voting system, abolishing the threshold of 14 votes to pass any resolution, and the introduction of a relegation play-off for the 16th-placed club against clubs in third, fourth and fifth in the SkyBet Championship.

“It is definitely going to be challenging and it is an enormous change so that won’t be without some pain,” Parry told the Telegraph.

“Do I genuinely think it’s for the greater good of the game as a whole? Absolutely.

“And if the [big] six are deriving some benefit then why shouldn’t they. Why wouldn’t they put their names to this otherwise?”