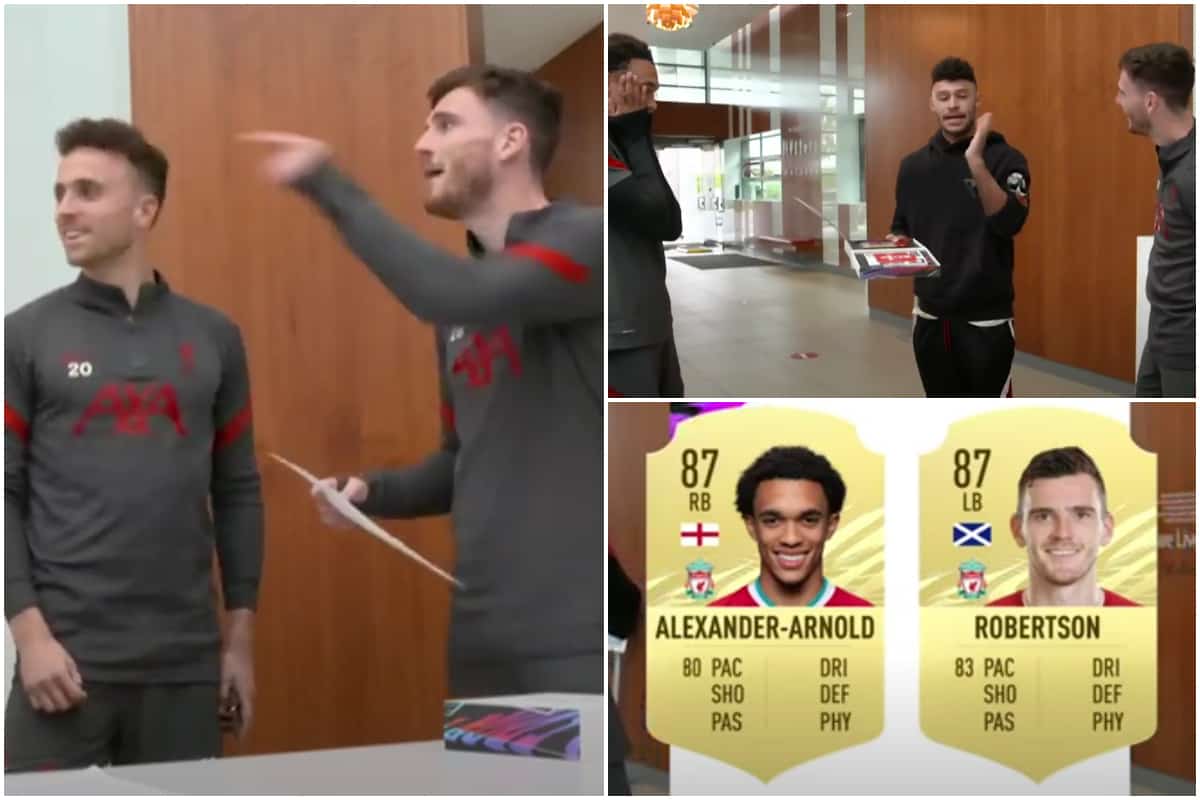 Console game-lovers everywhere have been eagerly awaiting the latest installment of the FIFA series…but not every Liverpool player is happy with their rating!

It seems to have infiltrated dressing rooms as much as supporters’ lives over the last few years and the release of FIFA 21 is no different.

The ratings individual players are handed by EA Sports is alternately cause for pride, hilarity and even outrage – which was the case for Alex Oxlade-Chamberlain this season.

Trent Alexander-Arnold and Andy Robertson were handed the job this year of opening the Liverpool edition boxes and giving out the ratings cards to their team-mates, which led to inevitable comparisons and good-natured arguments.

The two full-backs have always had competition between them on the pitch and now that has extended to the gaming world – Robbo loved having better pace than Trent, but the Scot saved his biggest reaction for nudging ahead of the Englishman on their defending rating.

Big Virgil has the mega rating of the back line, scoring 90 overall, but Joe Gomez‘s pace is a huge benefit for many game-players.

There was also a flashback moment for Trent when Diogo Jota came to collect his card: the two met in the ePremier League FIFA 20 final which was played over lockdown, with the then-Wolves forward emerging triumphant!

Captain Jordan Henderson has received a big overall bump, but while his shooting being better than Trent’s was met with hilarity from the skipper, he was less impressed about having such a low score for pace.

The biggest face of disrespect came from Oxlade-Chamberlain though, who reacted with disdain at being downgraded.

“I’m the only man that’s gone down in the squad! Fourth-highest goalscorer from midfield and I’ve gone down! My pace has gone down every year – makes no sense. I’m the lowest-rated man in this building. Where’s the bin?!”

Shocker for Ox, but the others seem mostly happy – as no doubt Reds will be to start playing with a title-winning team!