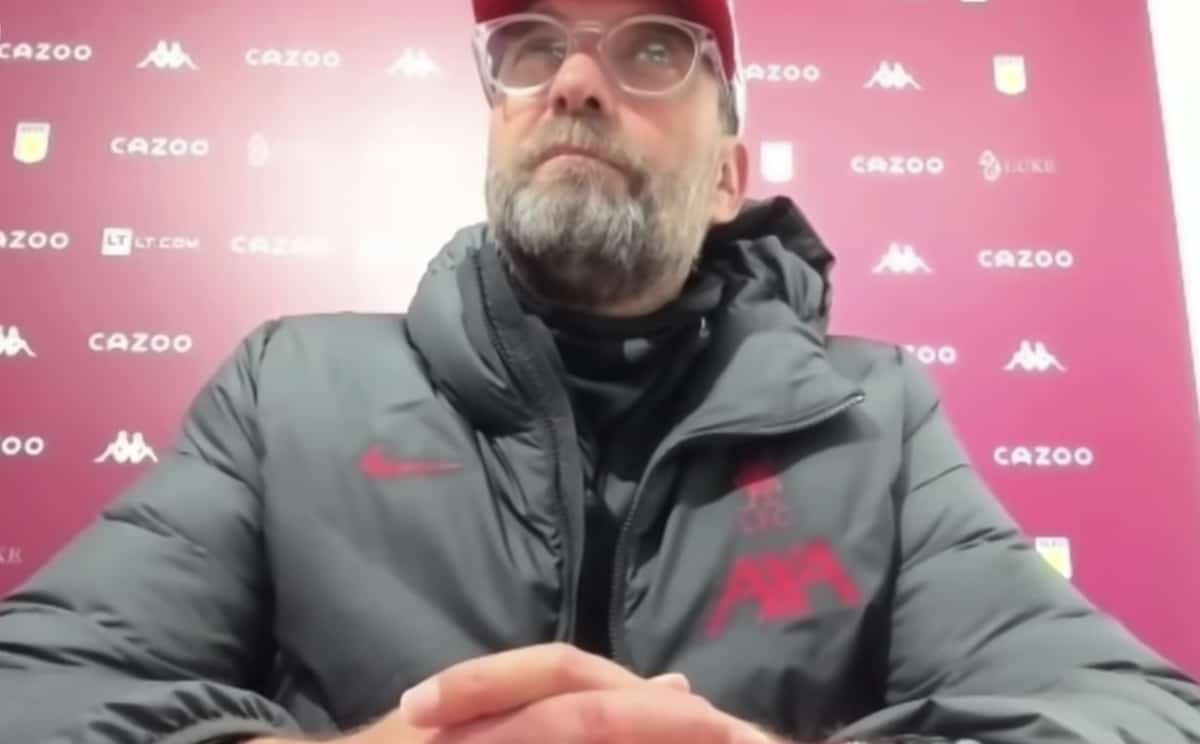 Liverpool boss Jurgen Klopp said his players had made “massive mistakes” in the 7-2 thrashing at Aston Villa, adding “a game like tonight should not happen.”

Klopp’s Premier League champions were left stunned as Ollie Watkins registered a first-half hat-trick and John McGinn, Ross Barkley and Jack Grealish, with a brace, also got on the scoresheet for Villa.

The hosts, who led 4-1 at half-time, did not look back after going 1-0 up through Watkins in the fourth minute as they punished an error by Reds goalkeeper Adrian.

It was the first match in which a Klopp team had conceded seven goals in his managerial career, and the first occasion for Liverpool since a 7-2 loss to Tottenham in 1963.

The German said in his post-match press conference: “The strange result is because Aston Villa played really well and we did in different areas particularly bad.

“Pretty much everybody made massive mistakes around the goals, and the first one was obviously Adrian. That was a big mistake but how we reacted to the goal was an even bigger mistake.

“At half-time we thought if we can stop doing the bad stuff and improve the good stuff, score one, two – game on.

“But this was not possible because we made similar mistakes again, and then the deflected goals came in. We conceded these goals, strange scoreline, but we have to accept it.

“You could see in moments, in different challenges Aston Villa definitely wanted it more than us. That’s something I saw and don’t like.”

He added: “A game like tonight should not happen, 100 percent. Since I was here I don’t think I lost that high. It’s not a personal defeat, but it’s a massive one. For me, it is only important how we react.”

On Monday Klopp took issue with Sky Sports pundit Roy Keane claiming Liverpool had been sloppy at times during their 3-1 win against Arsenal.

In his interview with Sky Sports after the Villa match, Klopp, having said his team “lost kind of the plot” after the opening goal, added: “Last week Mr Keane said we defended sloppy, it wasn’t sloppy tonight it was just bad.

“If we can put all our rubbish mistakes in one game then it’s done and we can start again.”

Liverpool’s goals came at 2-0 and 5-1 down, both from Mohamed Salah.

Klopp also said first-choice goalkeeper Alisson, absent after injuring his shoulder in training, had “no chance” of playing in the next match at Everton on October 17 and that “four weeks could be possible, six weeks is maybe more likely.”

As they brought Liverpool’s 100 percent start to the Premier League season to a shuddering halt, Villa extended their own – they have opened a league campaign with three successive wins for the first time since 1962/63.

Villa boss Dean Smith, whose side are now second in the table, said when asked where the remarkable result ranked in his career: “It has to be right at the top.

“To go and get a performance like that against an exceptional team takes something special. It was a special performance.

“I am extremely proud. They executed a game plan to perfection but it was not just that, it was work rate and ethic. We played exceptionally well and I am proud of everyone.”