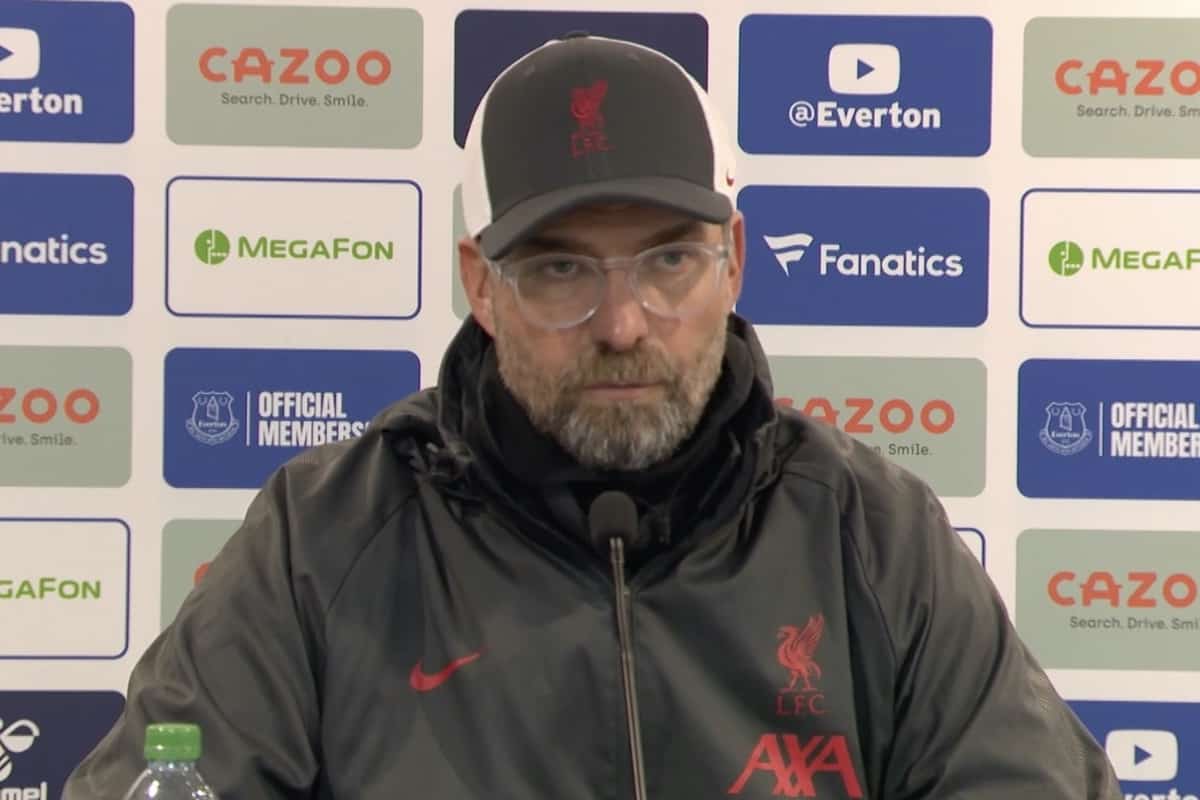 Concern was centred around the fitness of Thiago and Virgil van Dijk post-match for Jurgen Klopp after a Merseyside derby full of contentious decisions after ending 2-2.

The Reds were left to count their casualties after a fierce clash against Everton which ended in a controversial VAR decision after Jordan Henderson looked to have clinched the winner.

It was the desired reaction from the defeat last time out which pleased Klopp, however, as his team dominated proceedings against an Everton side who had failed to drop points prior to the clash.

Sadio Mane had got the Reds off to the perfect start with Liverpool purring in all departments, which took a hit when Jordan Pickford viciously wiped out Van Dijk without punishment.

The boss was, of course, reeling after the final whistle at the events which transpired but was eager to show his pride at how his team responded and bounced back with a dominant performance.

“These boys are exceptional, it is a team I am 100 percent proud to manage. At Villa, we played a bad game,” Klopp told reporters.

“I am not surprised by this reaction but it is still only a draw. But the game, performance and reaction, it was good. Everton are sensational at the moment but we dominated.

“I am not worried about the boys and I am really not in the mood as you all gave me the same info [about the disallowed goal] and I have injured players. We did show a response today.

“For me, it was a clear penalty what I saw [on Van Dijk]. Then we should the flag was up for offside. Worth a look for the foul but that didn’t happen.

“We have no power. What can I say? It is not a challenge the keeper can do.

“Virgil, it’s not good. He plays on with pain, he never misses a game. I don’t know how bad it is but it is not good.

The boss also revealed that the Reds could be without Thiago once more after picking up an injury following yet another nasty challenge which saw Richarlison receive a red card late on.

There was also praise for Mohamed Salah, who netted the 100th goal of his Liverpool career, and Joe Gomez who had to enter the fray unexpectedly.

Liverpool will now count their losses in the injury department and push on, with Ajax in the Champions League next on the agenda on Wednesday evening.