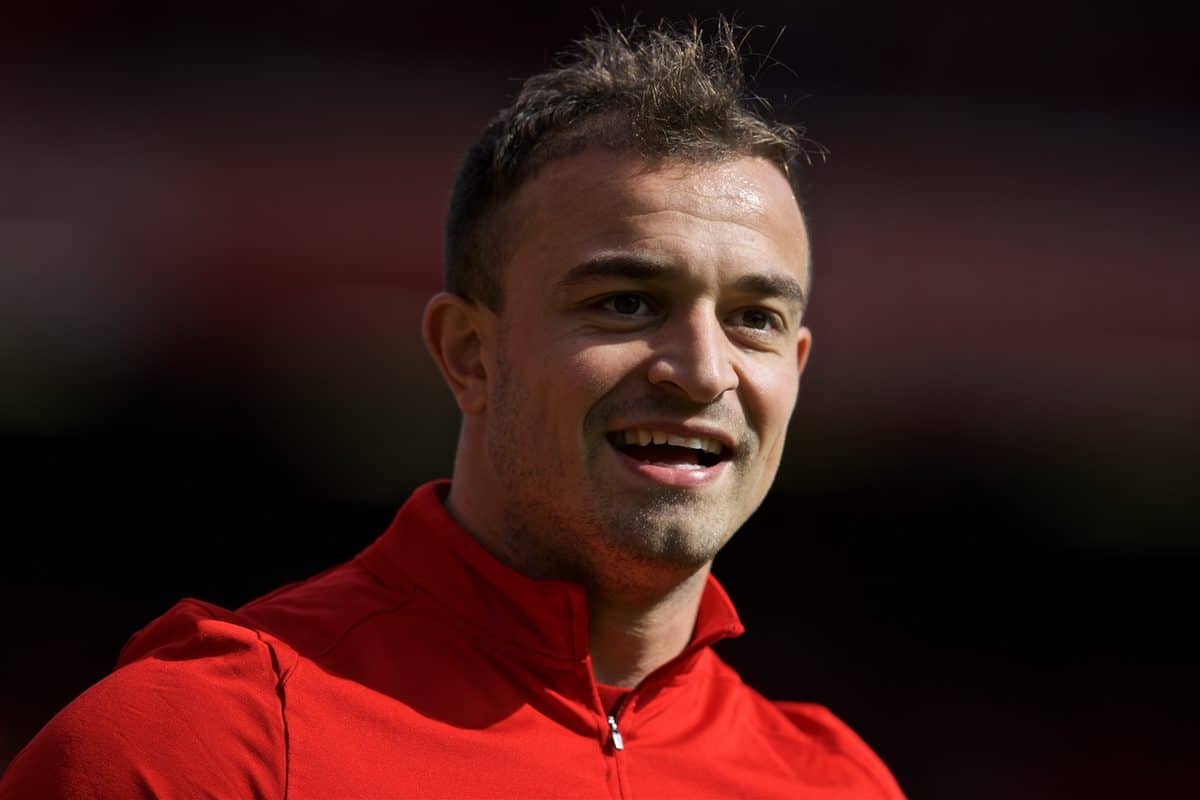 Xherdan Shaqiri has now been tested negative for COVID-19, after a previous test returning a positive, which should mean the winger is available again for Liverpool.

The Swiss FA confirmed earlier in the week that, following his arrival for training ahead of clashes with Croatia, Spain and Germany, Shaqiri had been found COVID-19 positive.

Liverpool’s No. 23 subsequently began self-isolating, with a further case emerging in the Switzerland squad on Wednesday, meaning both Shaqiri and Manuel Akanji missed the 2-1 friendly loss to Croatia.

But upon the news of Akanji’s case, the Swiss FA revealed that Shaqiri’s “positive test result can be attributed to a previous infection and that he is therefore not infectious,” with a blood test showing “reliable detection of antibodies.”

On Thursday morning, they confirmed the results of Wednesday’s COVID-19 tests, with all players and staff negative bar Akanji, meaning Shaqiri is now clear of the virus.

The 28-year-old has now travelled with the Switzerland squad to Madrid ahead of Saturday’s UEFA Nations League clash with Spain, with the decision left to UEFA’s health committee over whether he will be able to feature.

Swiss publication Blick speculate that Shaqiri could have had the virus as early as January or February, “because [he] has been tested regularly afterwards.”

However, there was a reported case within the Liverpool squad in the pre-season training camp in Austria back in August, with Shaqiri sidelined for the majority of the trip with an unknown injury. 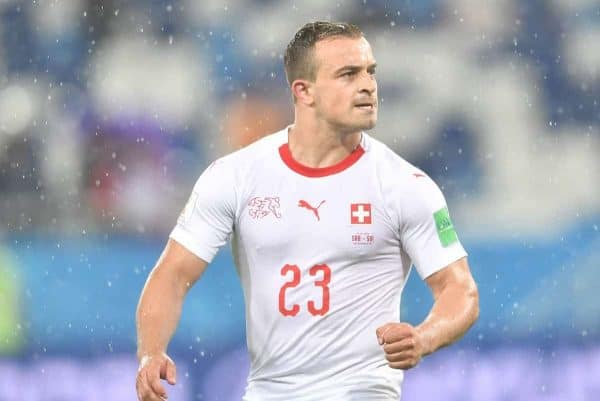 It is likely that the winger will be granted permission to feature for Switzerland before the end of the internatonal break, and it seems that unlike Thiago and Sadio Mane, he will no longer be required to self-isolate.

A positive test would have ruled Shaqiri out of the Merseyside derby on October 17, and though he is not likely to play a major role for Liverpool, the precarious nature of the squad amid the pandemic ensures his fitness is a real bonus.

Shaqiri has been included in Jurgen Klopp‘s 24-man squad for the Champions League group stage, while he is expected to have been named in the Reds’ squad for the Premier League, too.

If he is cleared to play for Switzerland against Spain, it could reinforce the argument from Scotland defender Kieran Tierney, who is currently self-isolating due to ‘close contact’ with COVID-19 positive Stuart Armstrong, despite himself testing negative.

Andy Robertson, who captains the Scotland national team, also tested negative and is due to start Thursday night’s Euro 2021 qualifier against Israel.