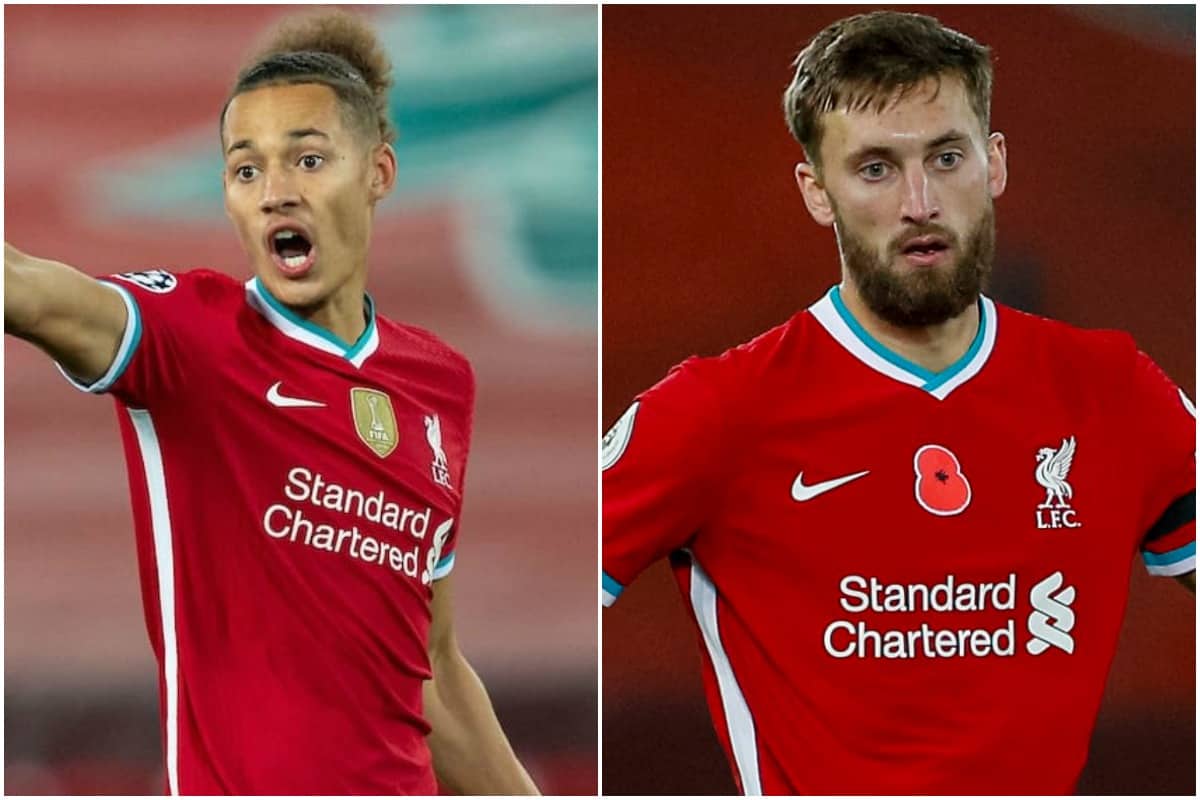 Diogo Jota stole the headlines with a Champions League hat-trick at Atalanta on Tuesday but goalkeeper Alisson Becker was quick to also hail the quiet evolution happening at the other end of the pitch in the absence of Virgil Van Dijk.

Jurgen Klopp started the 5-0 victory in Bergamo with his 36th different centre-back partnership as 19-year-old Rhys Williams made his full debut in the competition alongside Joe Gomez.

That the academy graduate was not troubled by a side which scored 98 goals in Serie A last season was a credit to how he has slotted in during an injury crisis which has robbed the team of Van Dijk, Joel Matip and Fabinho.

Matip was on the bench in Italy after a four-match absence but was not required, with Klopp potentially holding him back for Sunday’s trip to Manchester City.

But since Van Dijk’s injury, which will rule him out for several months, Liverpool have conceded just two goals in five matches. And during that time Gomez has had three different partners – two of whom have been Williams and Nat Phillips, who has made just two first-team appearances for the club.

“We are not a team of only one player. The last weeks have been difficult times because we have lost some important players in our team, but now we have many coming back as well,” Alisson told the club’s website.

“Rhys is a really good lad. He is always asking me to speak with him and talk with him on the pitch, so he is humble. He works hard and this helped him a lot.

“Nat, I’m really happy for the way he played on Saturday (when he was man of the match on his Premier League debut against West Ham).

“He was prepared in his mind but I think he wasn’t waiting for this opportunity. He grabbed it with both hands and did really well and I’m happy for him, happy for the team with what we have in front of us.”

A year ago Williams was playing for Kidderminster in National League North but, in the four matches he has started for the club he joined at the age of nine, Liverpool have kept clean sheets in three – against Arsenal, Midtjylland and Atalanta.

He would not have got his chance had it not been for the raft of injuries in a key position – he was expecting to play in the under-23s – but manager Jurgen Klopp has been impressed with his quick adaptation.

“I cannot imagine being 19 years old and playing my second adult professional football game in the Champions League against (Luis) Muriel and (Duvan) Zapata,” the Reds boss said.

“It’s incredible. I would have been nervous like hell. The boys are not – that helps massively.

“We had to change because Virg is not there any more and so that means if you share that responsibility now, if you put it on 10 shoulders instead of on one, then it can work out.

“Everybody has to step up now because Robbo (Andy Robertson) and Trent (Alexander-Arnold) and Joe, they are now in charge.

“If one of the younger ones plays with them, they are the most experienced and they have to demand and command the things in that line.

“It was really nice to see and I couldn’t be more happy for Rhys because you should see him in the dressing room – you’d probably need something special to hit the smile out of his face, it’s probably not possible.”

Jota’s hat-trick mean he has now scored in the last four matches but a goal for fellow forward Mohamed Salah put him level with Steven Gerrard on 21 Champions League goals.

The Egypt international is enjoying his best start to a season with nine goals in 12 games.

“Of course I’m very happy to be the highest one. Steven Gerrard is a legend for the club. It’s something I’m very proud of,” he said.