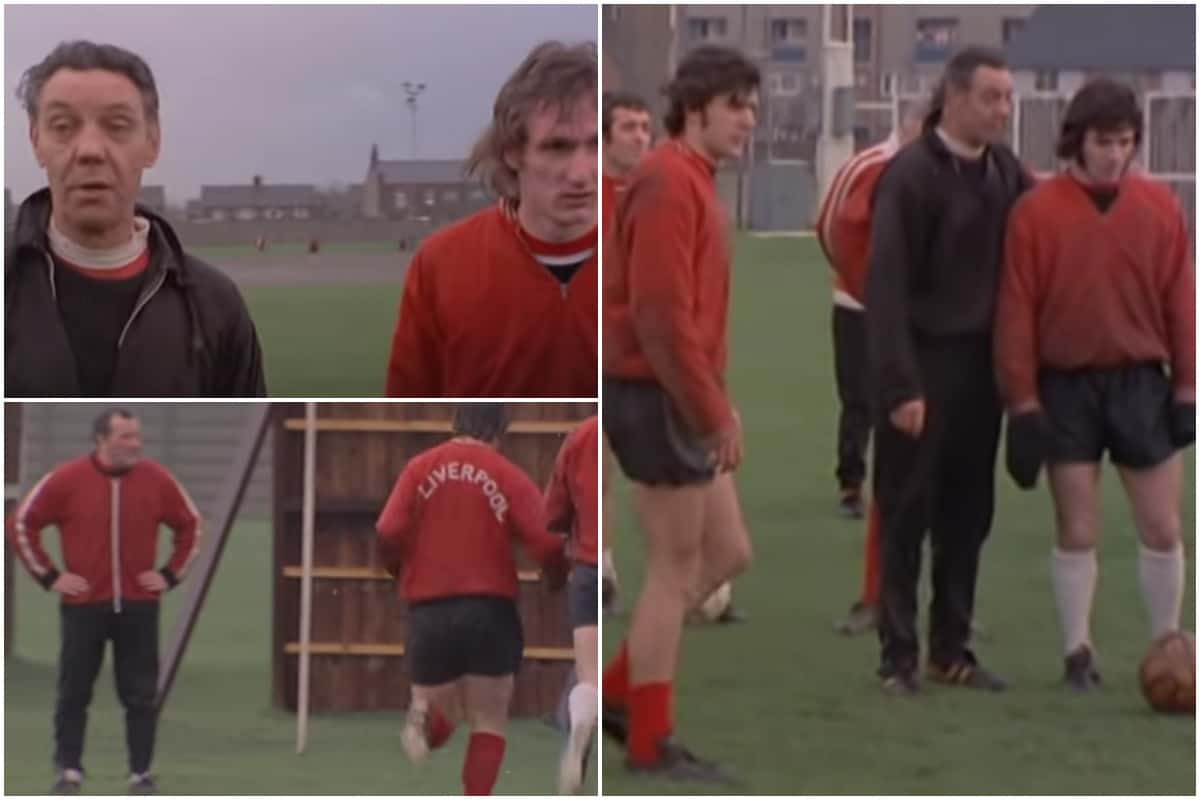 A fantastic video taken during the 1970s shows life in training at Liverpool in a rather different environment to today’s typical settings.

The session is taken by Joe Fagan, though he would have been coach at this time rather than manager – he didn’t take over as boss until 1983. Throughout the 70s, however, he was a reserves coach, then first-team coach and later assistant manager.

In the first half of the decade it was, of course, Bill Shankly who held the reigns; later Bob Paisley stepped up for the second half of the 70s and there’s a glimpse of the latter in the background around the 25 seconds mark.

There’s a big focus on Tommy Smith in the video, which might suggest he was the captain at the time – placing the year perhaps between ’71 and ’74.

And a far cry from what we might expect a day-to-day training session at Melwood to look like – or the AXA Training Centre from this week! – this video largely centres around a few running drills and dribbling the ball.

Rudimentary training equipment included a goal-shaped wooden board divided into numbers squares – players would be told to aim at any given number to improve their shooting accuracy.

Elsewhere we can spot the likes of Phil Thompson, John Toshack and Kevin Keegan throughout, while Ray Clemence looks every inch the typical English Sunday League goalkeeper sliding about covered in mud!

The rest of the visuals are so incredibly “70s”: mismatched footballs, the low fences at Melwood, the one-story building which served as the changing rooms and the wooden structures around the grounds which the players utilised for training.

Let us know in the comments section below how many of the former players can you spot and recognise – and which of their hairstyles you like the most!