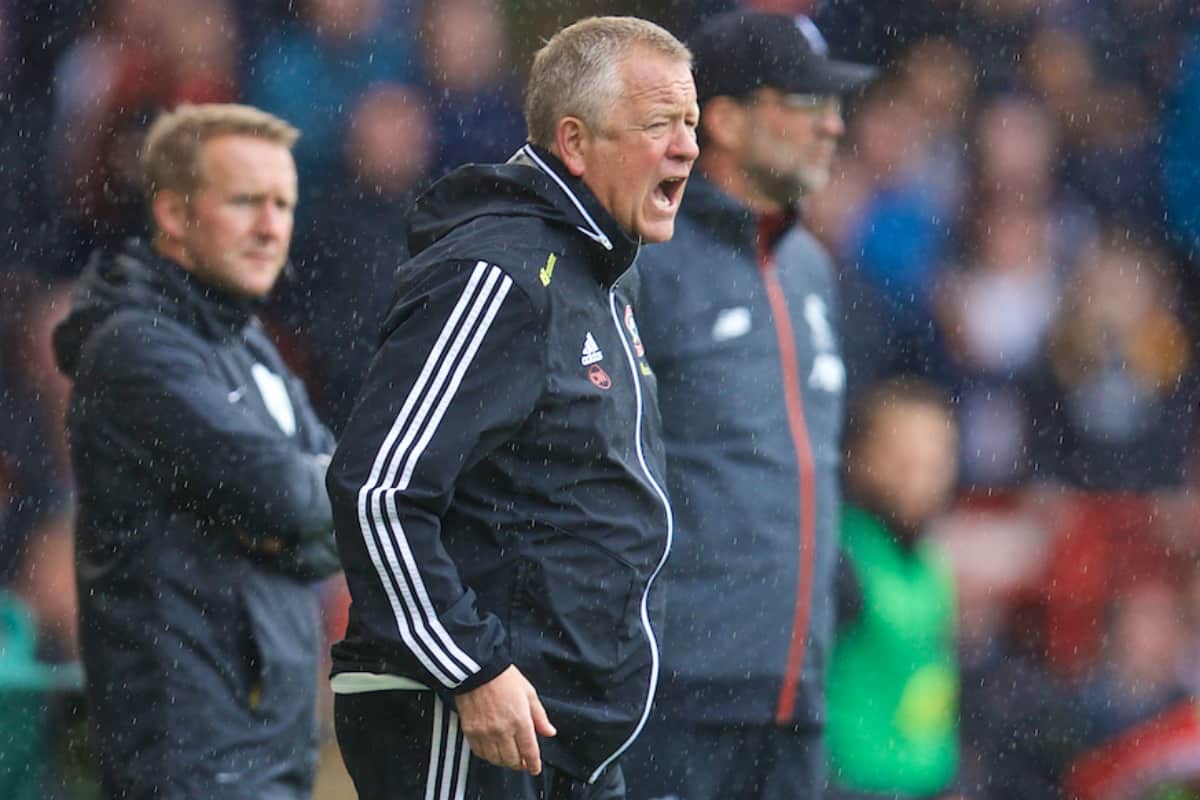 Chris Wilder vowed to always look after Sheffield United after he was accused of being selfish by Liverpool manager Jurgen Klopp.

An animated Klopp took aim at the Blades boss and mocked his side’s position at the foot of the Premier League table as he again argued for teams to be allowed to make five substitutions this season.

Klopp said pointedly that Wilder’s side “have three subs and one point” in a heated touchline interview following Liverpool’s 1-1 draw at Brighton in Saturday’s early kick-off.

The Blades had been one of the clubs to object to five substitutes, a rule which has been reintroduced in the EFL, with Wilder quoted recently as describing Klopp as a “world-class politician, who cares about Liverpool – that’s all he cares about”.

“I’m not going to talk about it right at this particular moment. I can imagine you can understand my view on that so maybe that’s for another time,” said Wilder.

“Today is talking about today’s result and as Jurgen said – a good observation – we’re still on that one point, as he pointed out.

“Everybody has that right to do that (defend their own club’s view). There is 20 votes in this league and everybody looks after himself right the way through.

“Nobody is looking after Sheffield United the right way now, so we have to look after ourselves. I am not really going into the nuts and bolts of what was said (at the Premier League meeting).

“Whether it is looking after the football club, whether it is selfish or another word… and by the way, there are a few more managers in there as well that have looked after their own club, and I will always look after Sheffield United.”

Wilder found an allay in Baggies boss Slaven Bilic, who said: “We are all selfish, but not in a negative way. You have a responsibility to do the job and the responsibility is to find what you can do for your club better.

“Klopp is also selfish from that point of view, wanting the best for his club, but he is not the only one. I understand Chris Wilder, the difference between three subs and five subs is a big advantage when we play those big clubs.”

On the pitch, Conor Gallagher’s first-half strike at the Hawthorns saw West Brom gain their first Premier League win of the season and left the Blades rooted to the bottom of the table still searching for theirs.