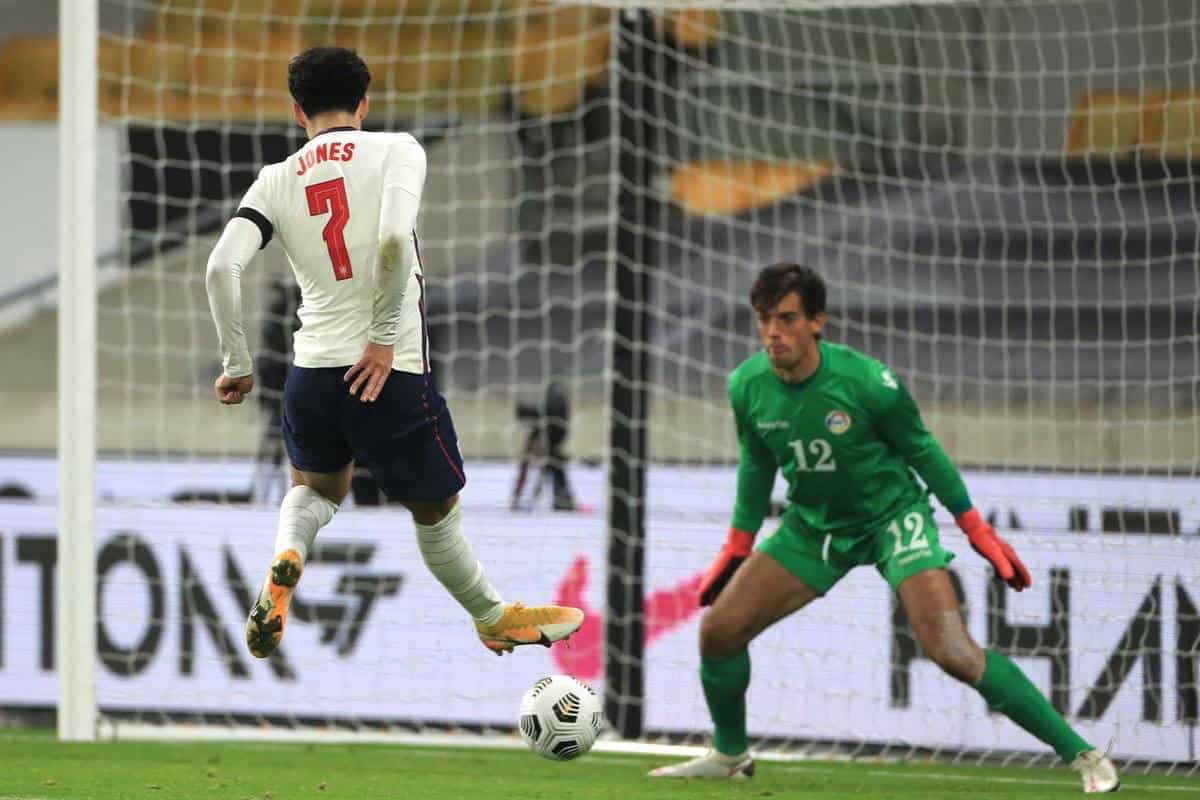 Curtis Jones was named Man of the Match in only his second outing for the England under-21s, scoring one and playing a part in another in a 3-1 win over Andorra.

Despite being part of the Liverpool first team since 2018, and already playing 21 times for the club, Jones was only given his first callup to the England U21s in October.

He marked that with an assist on his debut, also against Andorra, and kept his place in Aidy Boothroyd’s squad for the current international break.

The 19-year-old was handed another start in what was effectively a dead-rubber clash on Friday evening, with England already qualified for next year’s U21 Euros but still looking to finish the group strongly.

Rhys Williams joined him in the starting lineup, having also received his maiden callup last month, joining Ben Wilmot and Jonathan Panzo in a back three while Jones took his place on the right wing with Rhian Brewster up front.

It was Jones who got England off the mark at Molineux, benefiting from brilliant work from Callum Hudson-Odoi, who drove inside from the left and lofted a perfect ball for Liverpool’s No. 17 to tap in at the far post.

The Andorra goalkeeper certainly could have done better, but it was a fine moment for Jones who could cement himself as a first-choice starter for Boothroyd.

England conceded through a penalty on the cusp of half-time, but regained control after the break as Wilmot headed home Dwight McNeil’s corner, before Williams and Jones combined ahead of the Young Lions’ third. 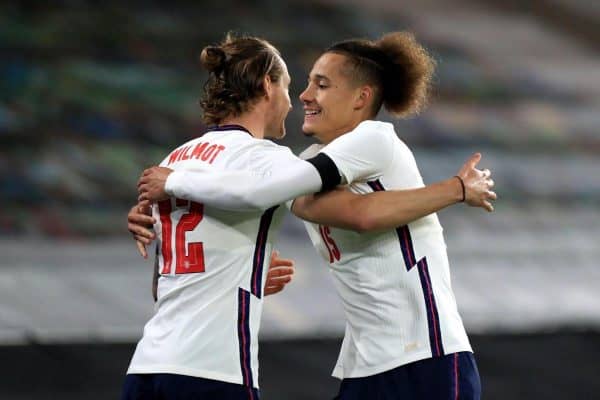 Williams’ raking ball from the back found Jones on the right, and though the winger’s cross could not find Brewster the former Liverpool striker was brought down as he charged towards it, handing England a spot-kick which Hudson-Odoi converted.

Williams completed the full 90 while Jones was brought off after 73 minutes, having also gone close with an improvised volley, impressing enough to be handed the Man of the Match award.

Elsewhere, Roberto Firmino scored his third goal in as many World Cup qualifiers for Brazil as he clinched a 1-0 win over Venezuela.

In a game his country dominated, Firmino started in a three-man attack alongside Gabriel Jesus and Richarlison, and sealed victory with a simple finish in the six-yard box, which hopefully steels him for a return to goalscoring form for Liverpool.

Alisson was an unused substitute as Tite turned to Ederson as his starting goalkeeper, with Firmino the only striker to play the full 90 for Brazil.

Takumi Minamino was also on the scoresheet as Japan edged past Panama with a 1-0 friendly win on Friday afternoon, scoring from the spot as he played 72 minutes leading the line in Austria.

Saturday could see both Diogo Jota and Xherdan Shaqiri in action as Portugal and Switzerland return to the UEFA Nations League, but Mohamed Salah is ruled out for Egypt’s Africa Cup of Nations qualifier against Togo after testing positive for COVID-19.