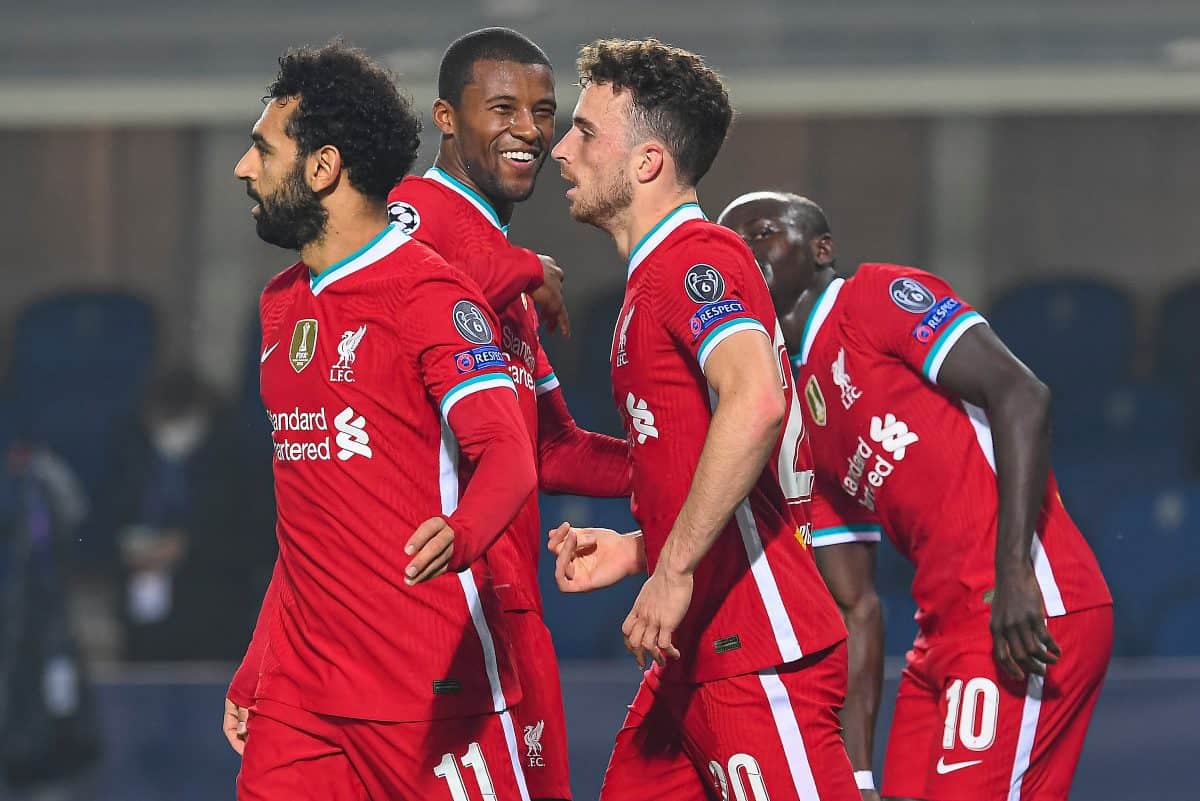 Diogo Jota could not hide his pride at played for “the best team in my career” after his hat-trick display in Liverpool’s 5-0 Champions League rout at Atalanta.

It was an evening to savour for Jota and Liverpool against Atalanta, with the Reds putting their opposition to the sword with five unanswered goals to take a commanding lead atop of Group D.

The Portugal international was the man of the moment in a collective performance which was one of the Reds’ most complete outings in the calendar year.

His superbly taken hat-trick on Tuesday evening sees his tally with the club extend to seven goals in 10 appearances having taken very little time to settle in at his new club.

And when asked if he’s playing the best football of his career, his response was a classy one which paid tribute to the team he now calls home.

“Well, I’m playing in the best team in my career so far that’s for sure. I don’t know if it was my best moment,” Jota told BT Sport post-match.

“But obviously, scoring goals it’s my way of playing football so I’m really happy with this and with the result of course great win away in the Champions League – so good moment, good night.

“The first one [was my favourite], just because it unlocks the game, I think, for all the teams it’s important to get the first one in each game.

“We scored soon in the game so it was a good moment for me and for the team because now after that we could manage the game, our way. That was the most important.”

As ever, he remained humble and down to earth with the adulation coming his way and paid tribute to the “world-class” talent he shared both the field and scoresheet with at Atalanta in Mohamed Salah and Sadio Mane.

The trio were at their devastating best and the performance and result is one which will prove to be yet another confidence boost as Liverpool gear up to meet Man City on Sunday.

“Well, obviously, two world-class players,” Jota continued. “We all know their quality, it makes it easier for me to do my job because they are outstanding players and I think we did a great game together today.

“Well I think five goals, you know, it doesn’t happen so often to score five in one game. So I think that’s good, the clean sheet as well. So if we can do the clean sheet against City I’m pretty sure we win the game.”