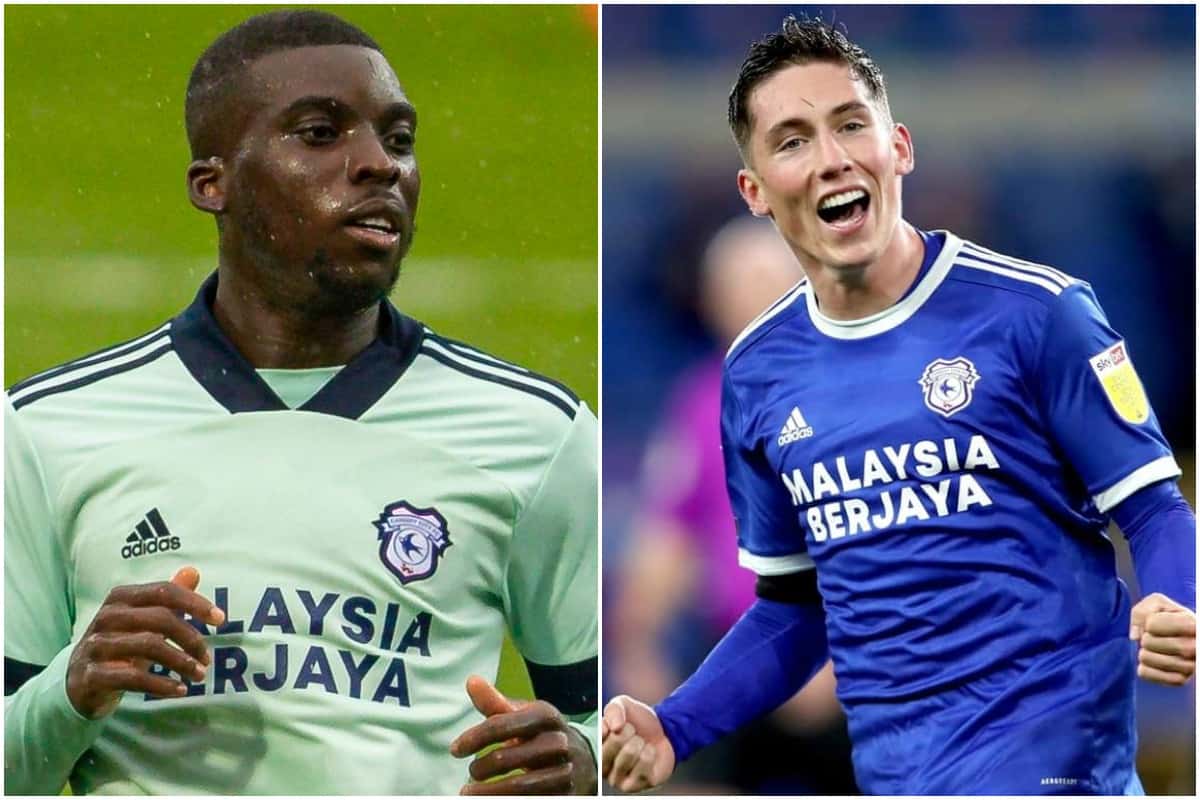 It was a Saturday afternoon to savour for Harry Wilson and Sheyi Ojo as they had a hand in all four of Cardiff’s goals on their way to victory over Luton.

The pair both joined Cardiff over the summer and have been readily relied upon by Neil Harris throughout 2020/21 to date and their influence was taken up a notch in their latest Championship outing.

Starting on opposite flanks in midfield, the duo pulled the strings on the way to a convincing 4-0 victory – with Wilson the first to have an influence in one of two assists directly from a corner.

The Wales international was a focal point for the Bluebirds throughout and was lethal with the dead ball as a corner in the fifth minute delivered his first assist of the afternoon as his in-swinger found Sean Morrison at the back post.

And having not heeded the warning, Luton would concede in similar fashion in the second half as Wilson’s whipped delivery found Kieffer Moore for the third goal of the afternoon.

The second and fourth goals had the makings of Ojo, however, where a surging counter-attacking run down the left-flank set up Mark Harris after a pinpoint pass bypassed four Luton defenders for his second assist of the campaign.

His third goal of the season, meanwhile, put an exclamation mark on an emphatic victory as he was the quickest to react to the fall of the ball on the edge of the area to cut his strike back across the goalkeeper.

Having orchestrated much of Cardiff’s positive play, the pair would be withdrawn from proceedings as two of five substitutes allowed after its reintroduction by the EFL.

Elsewhere in the Championship, Harvey Elliott allayed injury fears to his knee after featuring for 66 minutes in Blackburn’s 2-1 victory over ex-Red Herbie Kane’s Barnsley.

It was a quiet night for the teenager on the right of the front three before he was replaced by Sam Gallagher with Rovers possessing a 1-0 lead at the time. With a buffer added before Barnsley’s late consolation and Blackburn now sit just three points off the play-off places.

Taiwo Awoniyi‘s influence on the scoreboard continued for the second game running as he notched an assist in a dramatic 3-3 draw against Frankfurt in the Bundesliga.

Loris Karius watched from the bench as Awoniyi played the full 90 minutes on Saturday and set up Union’s second inside six minutes before their two-goal lead was pegged back with eight first-half minutes remaining.

Frankfurt would then edge ahead in the dying stages thanks to Bas Dost before Max Kruse clawed Union back to level terms to ensure their unbeaten run stretched to eight games.

Finally, Ben Woodburn made his first start for Blackpool since October and played 61 minutes on the right of midfield as his side secured their passage to the third round of the FA Cup with a 4-0 win over Harrogate.

And Marko Grujic occupied the deepest lying midfield role for Porto in their 1-0 league win over Santa Clara as he starts to feature more regularly for the Portuguese outfit.