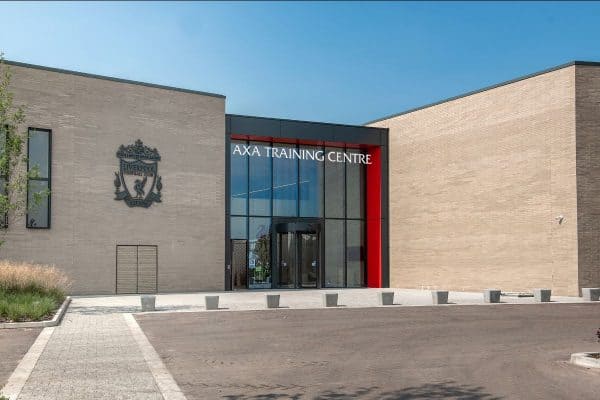 A key selling point for the move to Kirkby was the greater access to resources for players undergoing injury rehabilitation, with the incorporation of HydroWorx pools ensuring Liverpool can call on the latest aquatic technology.

Plans for the club’s new headquarters were revealed in early 2017 and now, over three years later, the Reds have officially bid farewell to their second home in Melwood after 70 years.

The AXA Training Centre will now be the home away from home for the Reds and will serve as “the headquarters of Scouse football,” as Jurgen Klopp so eloquently put it.

The £50 million state-of-the-art facility is one which has seen the club leave no stone unturned in their pursuit of the best for their players when both fit and on the comeback trail.

And the latter was of keen interest to the manager, with the development of a new training ground providing the opportunity to invest in all facets of a player’s journey.

A hydrotherapy complex and specialist sports rehabilitation suites accompany the three full-size pitches, goalkeeping areas, two gyms and a full-size sports hall – and the former serves as an invaluable resource and in-house alternative to land-based therapy.

Liverpool have a new HydroWorx pool at Kirkby, where injured players can take advantage of the body’s buoyancy in water to increase mobility while maintaining their conditioning.

The pool features an underwater treadmill and cameras for observation of the biomechanical movements. The platform is hydraulic so it can be set to ankle-deep or neck-deep.

The technology can eliminate 20 to 100 percent of a person’s body weight, providing an ideal alternative when exercising on land is off-limits for players who cannot undertake load-bearing exercises.

Common injuries for football players come to the ankles, knees, thighs and calves, and the versatility of a HydroWorx pool can see an underwater treadmill used to speed up the healing process, while tools as simple as a metal bar can be utilised for mobility.

In a season where injuries are mounting amid a relentless schedule, the access to such a facility without the need to outsource could prove instrumental for the Reds.

Trent Alexander-Arnold and Joe Gomez are the two most recent Liverpool players to sustain an injury and likely to benefit from aquatic rehabilitation, and likewise Virgil van Dijk.

The Dutchman tore his ACL in October and aquatic therapy sessions have proved beneficial in recovery for countless athletes, including former Man United winger Antonio Valencia.

John Davin, former first-team physio at Old Trafford, spoke of its inclusion in Valencia’s rehab with HydroWorx, stating: “The pool treadmill affords the opportunity for the athlete to return to functional movement patterns in a reduced load environment.

“The pool certainly assists us in preparing our players to commence full weight-bearing running following injury. It also allows us to implement a functional recovery strategy.”

From any phase post-surgery, which Van Dijk has successfully undergone, the HydroWorx can be utilised, first to decrease swelling and pain before moving onto strength exercises and motor control activities – all of which takes place in an unloaded environment to minimise overuse.

While certainly not a miracle worker, it is an invaluable tool for the club to have at the tip of their fingertips for this season and beyond.