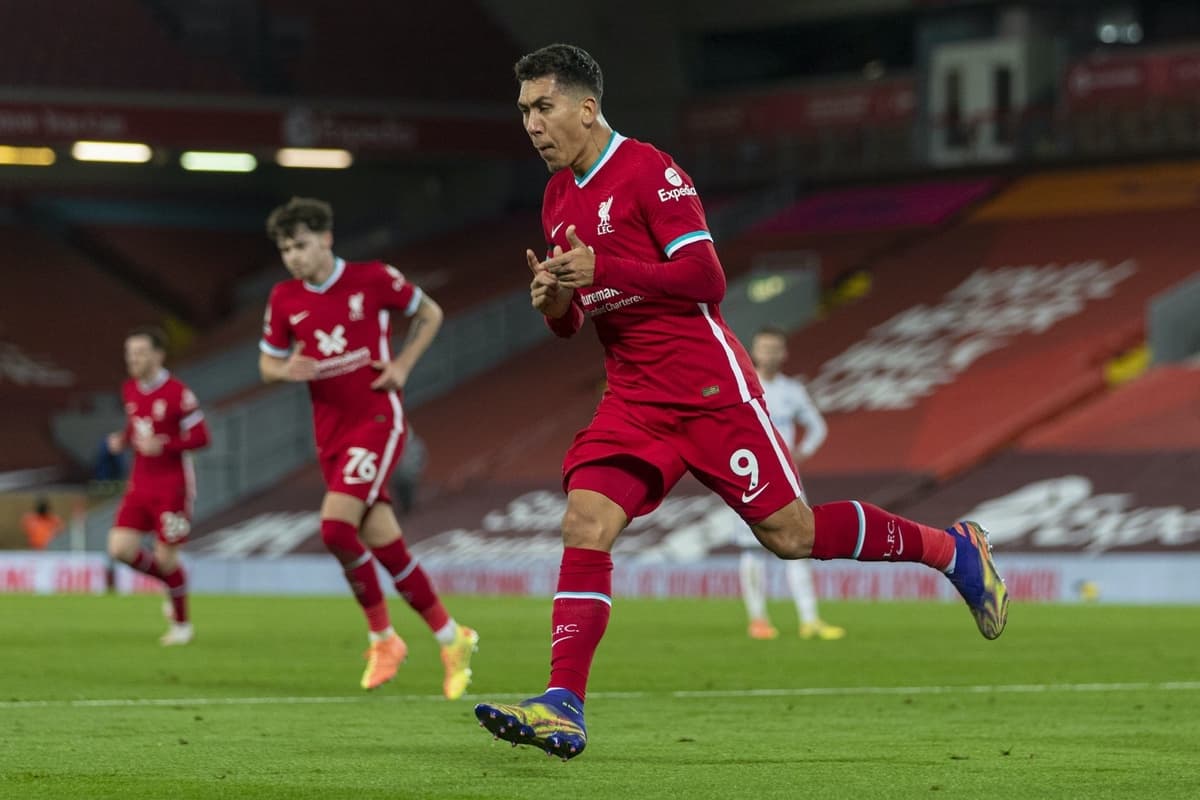 James Milner described Roberto Firmino as the “unluckiest man alive” as he hit the post in Liverpool’s 3-0 win over Leicester, but was left “delighted” that he then scored.

Firmino’s header in the victory over Leicester on Sunday night was his first for the Reds since October 24 and only his second of the season; in 2020, he has struck six times.

This has led to questions over the striker’s value to Liverpool, though Jurgen Klopp has been quick to refute this, stressing the overall importance of his No. 9.

But nevertheless, as Firmino rose to power in Milner’s corner late on against the Foxes, the pride was palpable among the manager and his players.

Milner reflected this in his post-match interview with Sky Sports, labelling him the “unluckiest man alive” having hit the post and seen another chance land fractionally on the goalline earlier in the game.

“Bobby, I don’t know what he’s been doing, but he’s the unluckiest man alive for the first 80 minutes of the game,” Milner said.

“But he deserved his goal, he was brilliant tonight.

“[After his goal] I just said to him I think I would have been angrier than him [if it didn’t happen], it was just one of those nights for him.

Klopp later told Sky Sports: “What people say about him is just ridiculous, it’s just because they don’t have anything else to talk about.”

Milner himself was one of the candidates for Man of the Match at Anfield, making his first Premier League start of the season at right-back due to the absence of Trent Alexander-Arnold.

With Sky Sports’ Geoff Shreeves noting how Leicester targeted Milner’s flank as James Justin and Harvey Barnes pushed forward, the veteran conceded that he “would as well!”

“But you do the job you can,” he explained.

“Neco came on and did very well, slipped straight in and made some great challenges and made a great contribution.

He added: “It’s nice for me to start the game, I want to start as many games as I can.

??"We are missing the fans but we can still bring the intensity"

James Milner is proud to be part of a record-breaking Anfield side pic.twitter.com/BmaOBLhnjL

“I know that’s probably not going to be every game these days with me getting slightly older, but whenever I’m asked I’ll do the job I can.

“I’m always delighted to just contribute and it’s that we got that win.

“So it’s important to play a very tough team and get a win to set us on a run hopefully now going into this busy period.”