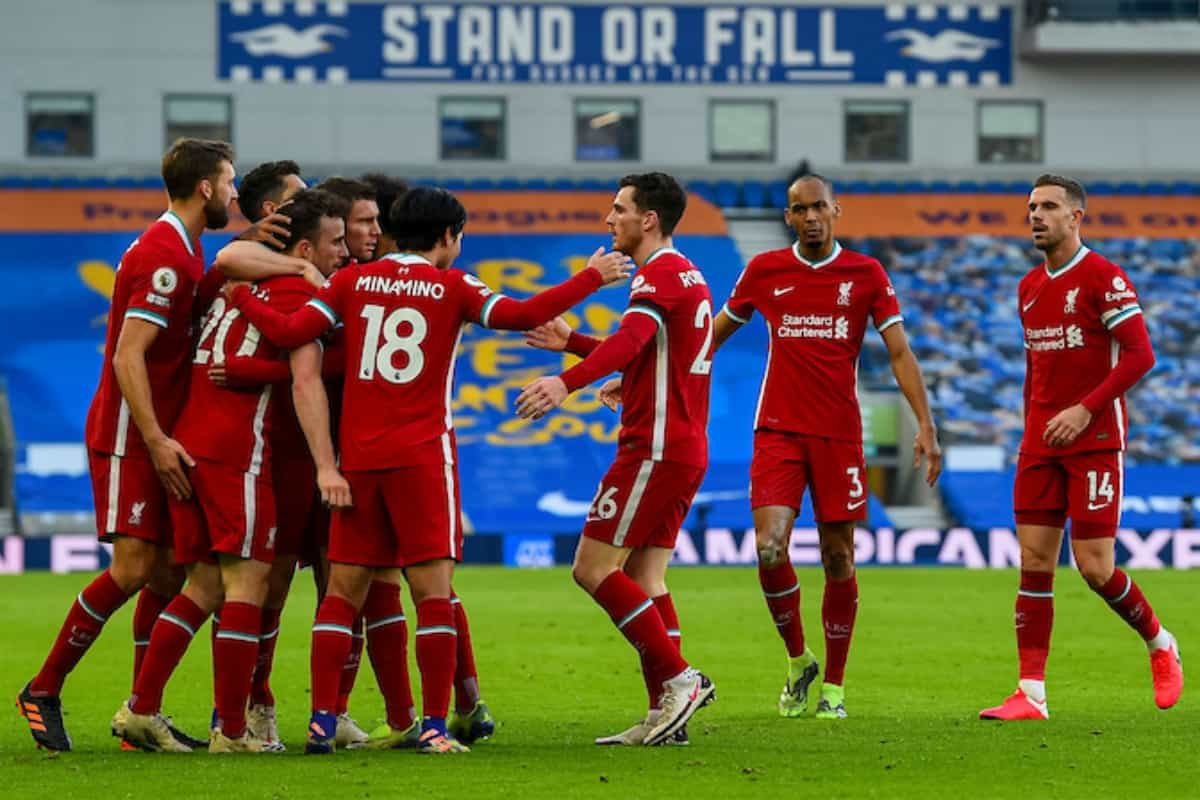 Jordan Henderson insists Liverpool “need to adapt” after a stoppage-time Brighton penalty ensured the Premier League champions were held to a 1-1 draw on the south coast.

Pascal Gross levelled from the spot in stoppage time, cancelling out Diogo Jota’s goal in a match which was marked by controversy over VAR.

Neal Maupay had already missed one penalty for Brighton when referee Stuart Atwell pointed to the spot after consulting the pitchside monitor, while Liverpool had the ball in the back of the net twice only for VAR to rule out both goals for offside.

“It feels very unfair at this moment in time and very frustrating, but you’ve got to move on and get on with it,” the Liverpool captain told the club website.

“We just need to adapt and give everything for the games coming up.

“That’s the decision that was made, even though I don’t think it was the right decision by a long way. But it is what it is. We move on and we keep going.

“I don’t think it affects us. If anything it makes us stronger as a team.

“When you are going through difficult periods – whether that would be performance, results, whatever that is and at this moment in time it’s probably injuries – it makes the group even more together and more stronger.

“We need to try to recover and get players back fit as soon as possible.”

Jurgen Klopp’s already injury-hit squad were dealt a further blow when James Milner was forced off with a hamstring injury, although Henderson made his return for the first time since the international break as a half-time substitute.

Brighton defender Adam Webster believes the results will come if the Seagulls can maintain the performance they showed against Liverpool.

Speaking to the club website, the 25-year-old said: “This season it feels that in a lot of games we haven’t conceded many shots and Maty Ryan has not had a lot to do.

“Liverpool are the champions for a reason but we limited them pretty well on Saturday.

“We feel like we are building something. Each game throws up different challenges and it’s not easy to pick up points in the Premier League but if we maintain the consistency of performances, the results will come.”