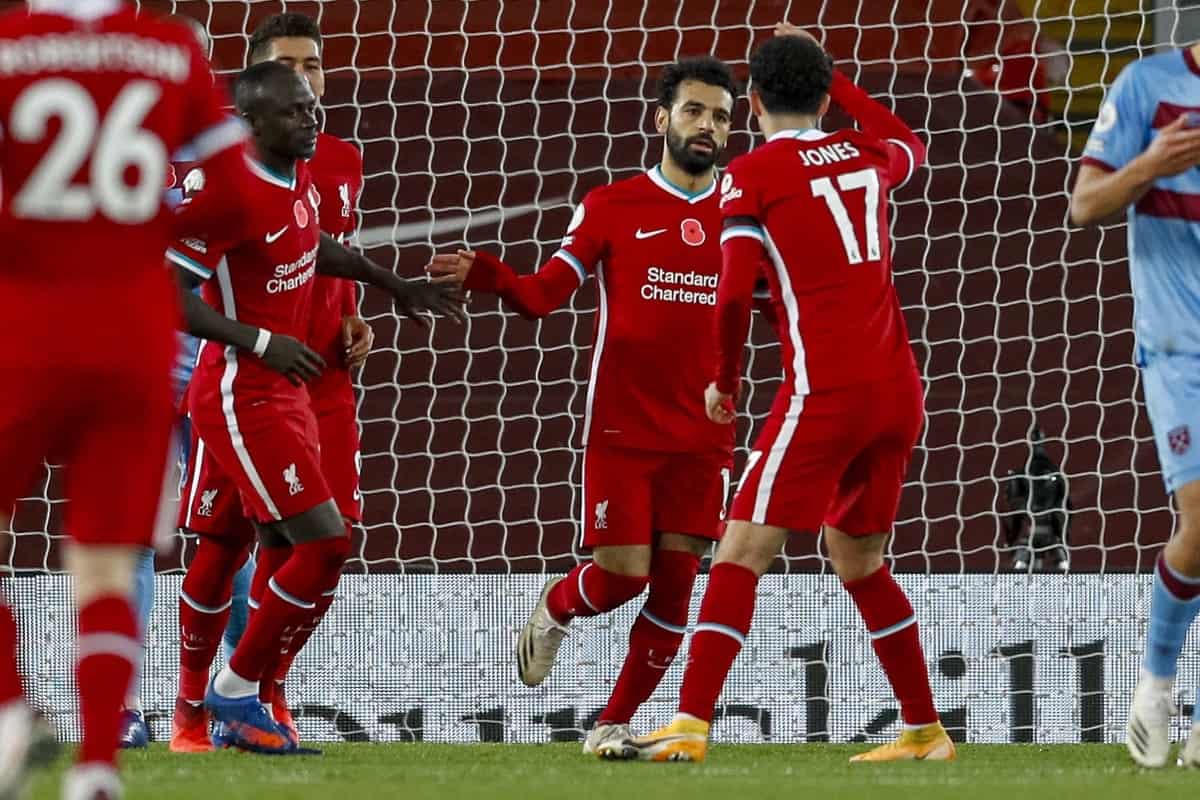 Jurgen Klopp believes the character of his Liverpool players is shining through at a time when they cannot hit full flow.

The champions came from behind to grind out a 2-1 victory over West Ham in the Premier League on Saturday.

It was the second successive week in which they had needed to fight back after a similarly hard-earned win at Sheffield United.

With the Merseysiders having also been held 2-2 by Everton since their 7-2 thrashing by Aston Villa, Klopp’s side are not yet the exhilarating force of last term.

Yet they are finding a way to eke out points and, after a shortened summer break, little pre-season preparation and with a more intense schedule, Klopp is satisfied with results.

“It is, of course, (about) belief,” the German said. “It doesn’t happen all the time but that is how it all started, our improvement. The basis for all they do and did is the character of this group.

“I cannot convince them to fight if they are not fighters. If they are not ready to put all their desire in the game and show determination I cannot do that.

“But it was always easy with this team to show them the right path and they follow it.

“It is an incredibly difficult time in the outside world, for all the boys as well. It’s really demanding, the number of games we have to play.”

As at Bramall Lane, Liverpool were thankful to summer signing Diogo Jota for their winner. This time the Portuguese came off the bench, in an inspired double substitution alongside Xherdan Shaqiri, to net five minutes from time.

Prior to that the hosts had looked laboured. They fell behind to a 10th-minute Pablo Fornals strike after a Joe Gomez error and needed a soft Mohamed Salah penalty before the interval to equalise.

Yet with their injury-hit defence sound thereafter – and 23-year-old debutant Nathaniel Phillips impressing after being thrust into action in the absence of Virgil Van Dijk, Joel Matip and Fabinho – they always maintained control.

Jota made the difference and had already had one effort ruled out following a VAR review before he combined with Shaqiri to settle the contest.

While Klopp got his changes right, he feels the whole game would benefit in these pandemic-hit times from a return to the five substitutions rule allowed late last season.

Along with Pep Guardiola and Ole Gunnar Solskjaer, Klopp has been vociferous in calling for the Premier League to reconsider the vote taken against it in August due to mounting injuries.

“It is not about us,” he said. “It would have helped West Ham in a game that was really demanding if they could have had two more subs, 100 per cent. It doesn’t help a team, it helps the players.”

At the time of the vote, there was a feeling that the bigger clubs with stronger squads gained an unfair advantage from being permitted five substitutions.

Moyes, who was without star forward Michail Antonio, said: “I think player welfare is massively important.

“I do think when we made the decision the clubs lower down probably felt the big teams would get an advantage from it, but I am now in full agreement the players’ welfare is more important and if the decision was overturned I wouldn’t be dead against it – although I do still think it helps the sides with bigger and stronger squads.”