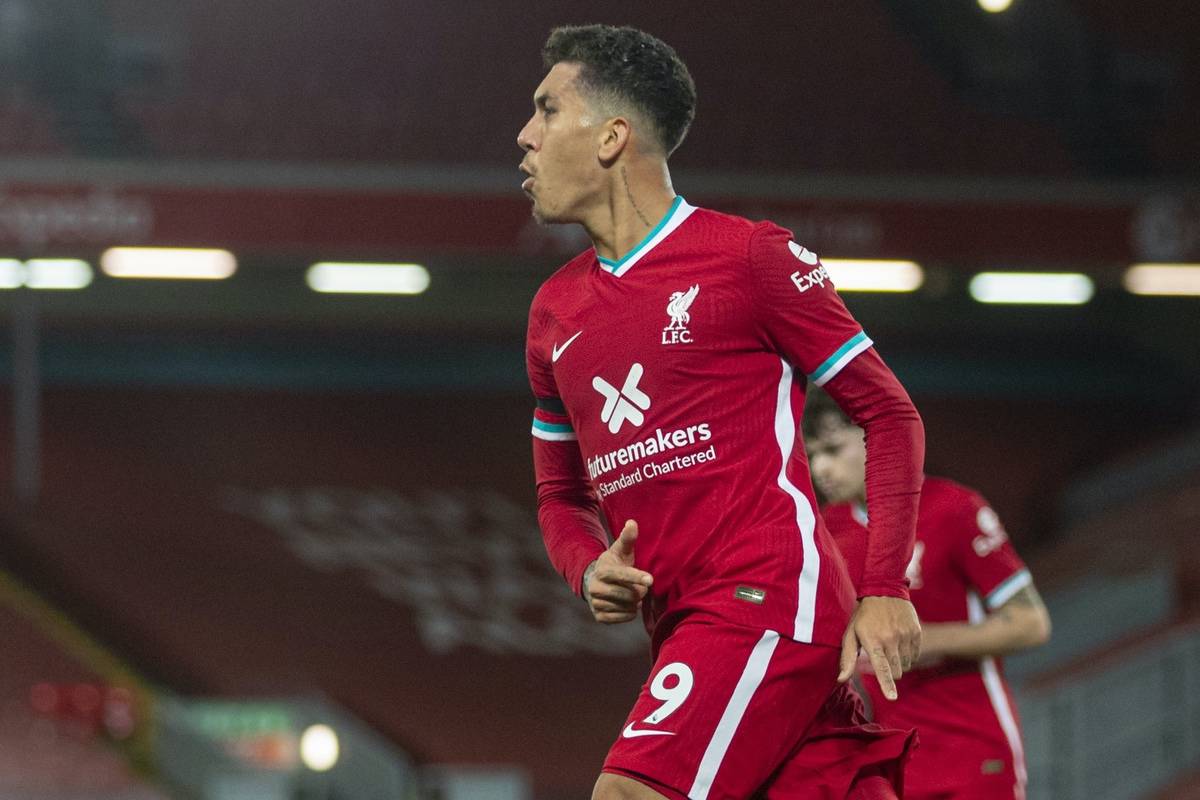 Jurgen Klopp continued to stress the importance of Roberto Firmino to his Liverpool side, using the adage that the Brazilian plays “12 instruments for our orchestra.”

Liverpool’s No. 9 has come under the microscope for his form throughout 2020, which has played its part in his tally of just five goals prior to Leicester‘s visit over the weekend.

And while those of the Red persuasion know he is much more than the numbers in the goals and assists column, Firmino has looked off the pace across all facets of his game.

The win over the Foxes, however, saw the 29-year-old show signs of old having looked rejuvenated in mind and body – where he marked his performance with a well-deserved goal thanks to a towering header late on.

While it ensured there were to be no doubts as to the final result in being the third and final goal, the celebration from Firmino and his teammates alike went a long way in displaying both relief and support.

And with two goals for the season now to his name, six in 2020, Klopp was asked about his feelings at seeing his No. 9 on the scoresheet, which he used to laud one of his key pillars as he likened his importance to that of one playing “12 instruments” in an orchestra.

“Scoring was always important for Bobby, but he is a complete footballer. A football team is like an orchestra so you need different people to play different instruments,” Klopp said.

“Some of them are louder, some not so loud, but they’re all important for our rhythm and Bobby is incredibly important – he plays like 12 instruments in our orchestra!

“We know we can play without him as well but it’s nice for everyone on the pitch and if you look at numbers I like it a lot having him on the pitch.

“I’m not concerned about anything with Bobby but I know that from time to time it helps if you score a goal and this goal was very important.

“But what I loved most was the reaction of the boys, when you saw the celebration, we always celebrate goals obviously, but the celebration for that goal was really emotional.

“The players read newspapers, unfortunately, and saw that there was some criticism and so they were really happy for him to score the goal and it felt absolutely right that he scored it.