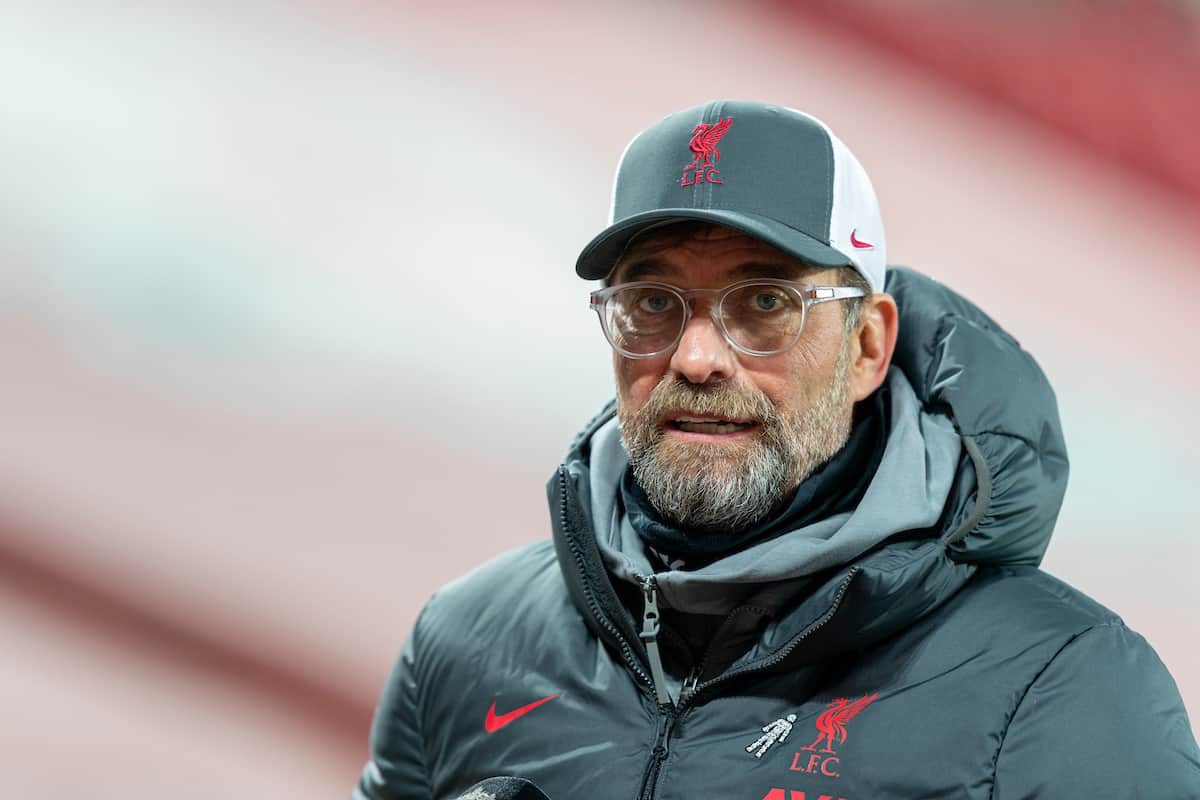 Jurgen Klopp is sceptical of the logic used by the government to calculate the number of fans allowed into stadiums, but did dismiss suggestions it could serve as an advantage for some.

The manager’s response comes after the government revealed their plans to permit up to a maximum of 4,000 fans in outdoor events starting from December 2.

It ensures Premier League clubs and those in the football pyramid can open their gates to fans for the first time since March, restrictions allowing.

On Thursday the government are to reveal the tiers each region in England will come out of lockdown to, with tier-one paving the way for the full complement of 4,000 spectators while those in tier-two are allowed 2,000.

All those in tier-three, however, will not see any fans granted access to stadiums – leaving clubs anxiously awaiting the news.

For the Reds, the first game which could see supporters filter through the gates at Anfield is Wolves’ visit on the weekend of December 5 – over 269 days since the stands were full against Atletico Madrid in the Champions League.

And while there is growing debate over advantage for one team and not another dependent on their tier status, Klopp dismissed any such notion as he instead questioned the logic behind the numbers.

“I don’t think it’s unfair [that some clubs will be able to return fans and some won’t],” Klopp said.

“The rules depend on different areas. The problem I have at the moment is that I struggle to put faith in any kind of announcement.

“But I’m not surprised that it is not finally thought through, to be honest,” he continued. “But it’s good news, a good sign, and I take it, 100 per cent.

“I don’t think it’s unfair, it’s just the situation. It’s the world in the moment and we cannot change these kind of things.”

There are no guarantees for Liverpool over the new plans, but a step in the right direction irrespective of the cap in crowd sizes was welcomed by Joel Matip.

“I think every player was looking forward from the first day back to this moment, to see the supporters back in the stadium,” Matip told reporters on Tuesday.

“Even with a smaller group, everybody is looking forward to having them back on the stands [and] to be part of this.”