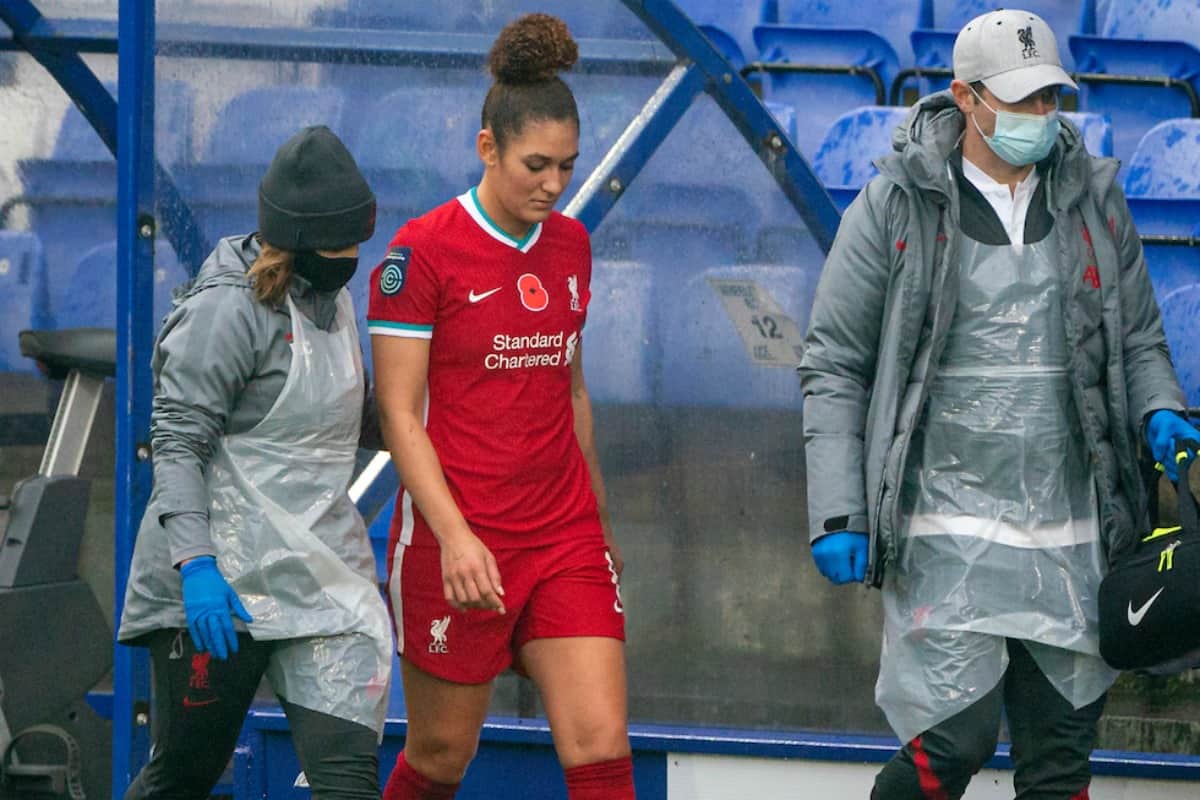 Injuries continue to mount across Liverpool Football Club, with Vicky Jepson joining Jurgen Klopp in counting their losses as a busy schedule takes its toll.

Liverpool FC Women have a clear target in mind for 2020/21, looking to bounce back to the top flight at the first time of asking after dropping into the Championship – but they will head into their festive run without two key players.

The Reds currently sit third in the FA Women’s Championship table after eight games, three points behind leaders Durham, with only the top-placed team earning promotion.

And Jepson’s side are to face the current league leaders on December 20 – and the preceding games against Crystal Palace and London City – without both Jade Bailey and Jess Clarke.

Bailey sustained an ankle injury on the cusp of half-time in the win over Sheffield United earlier this month and now faces a lengthy layoff with surgery on the horizon, while Clarke has already gone under the knife after picking up “a knock.”

“Jade Bailey went and saw a surgeon the other day and she’s out long-term, nine to 12 weeks,” Jepson told reporters after the Reds’ defeat to Everton in the League Cup on Wednesday.

“[Rhiannon Roberts] requires further assessment, so we’ll know soon on that one.

“[Clarke] is also out injured, she picked up a knock and had surgery [on Tuesday] so she’ll be out for at least six weeks.” 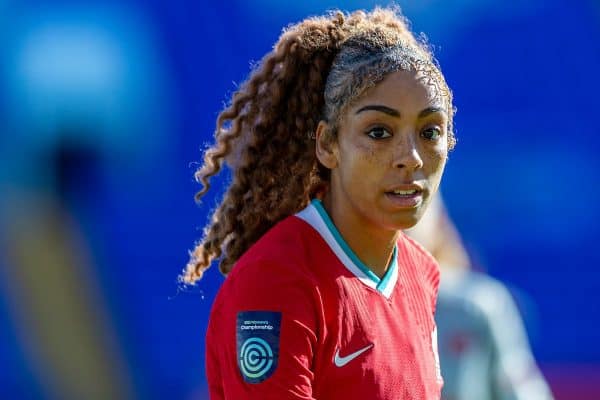 It’s a blow for the Reds, with Bailey having started eight of Liverpool’s nine games in midfield before the point of injury, while Clarke had featured in all 10 fixtures prior to being forced out of action ahead of the Merseyside derby on Wednesday.

Jepson lamented the fixture schedule which has seen three games squeezed into a week in both October and November following on from a prolonged period without action, but insisted they cannot dwell on the matter.

“We have lost a lot of players through injuries. I don’t think the FA scheduling helps with three games in seven days when the players have had so long off in lockdown,” Jepson added.

“But we can’t control that, we just have to make sure we do everything we can to get players back fit.”

Thankfully, with Bailey out and Roberts in doubt, the return of Amy Rodgers off the bench in the middle of the park was a welcome sight in midweek, after a nightmare run with injury last season.

With internationals now on the horizon, Liverpool have time to regroup before another all-important run of fixtures as they head into the mid-point of the season.