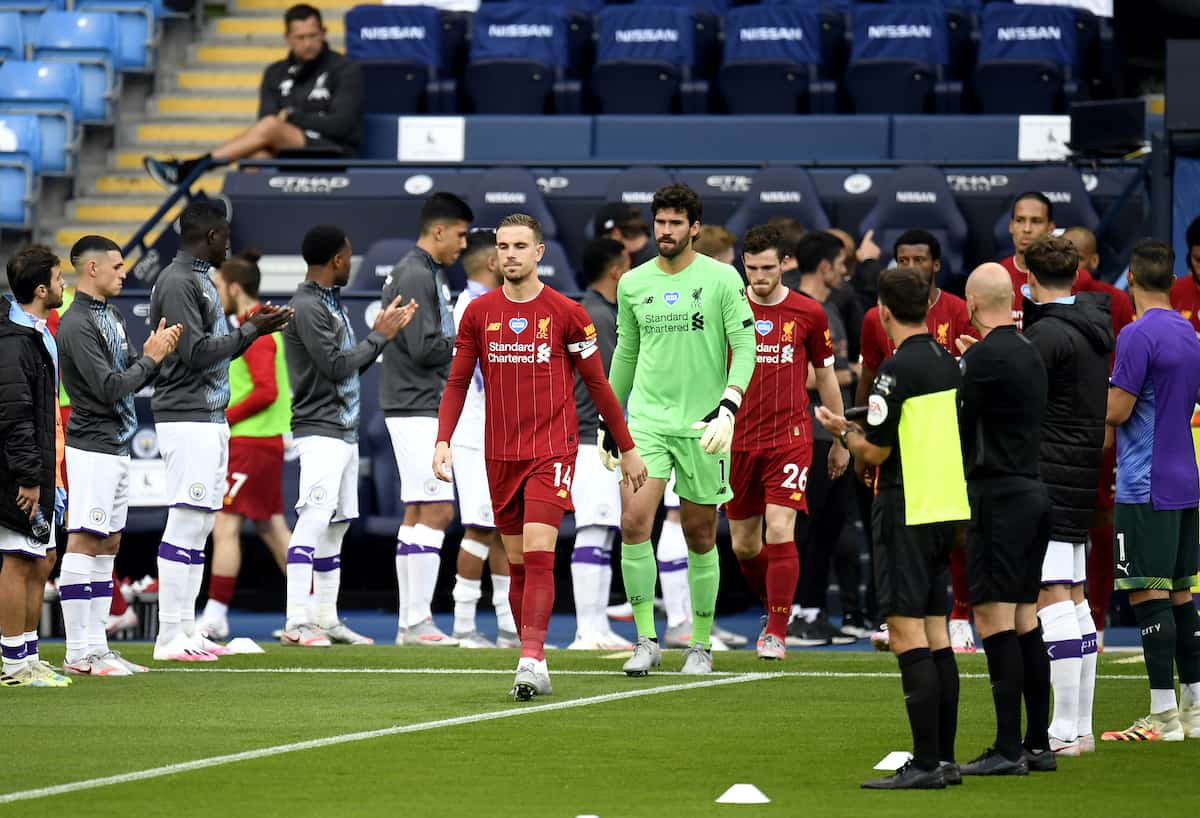 Liverpool manager Jurgen Klopp accepts he might not have prepared properly for their last meeting with Manchester City having won the Premier League the week before.

City’s defeat at Chelsea seven days previously sparked wild celebrations among the squad, at their Formby Hall Hotel base, and fans as it confirmed the end of a 30-year wait for a league championship.

Liverpool received a guard of honour from the deposed champions at the Etihad a week later but that was all the respect they received as they were humbled 4-0.

Klopp admits it was difficult to get the balance right in terms of preparations after the club’s long wait and then a three-month interruption to the season because of the Covid pandemic when there were doubts about whether the campaign would continue.

“If you are not 100 percent focused on the game against City you will lose big. I am not sure that game is proof but it is true 100 percent,” said Klopp.

“It was the first time we had won the league so I had no idea how to prepare the next game.

“I didn’t want to overdo it and say ‘forget what happened three days ago or so – now it’s City and we can show the whole world’.

“I am not sure if that was right or wrong. I know my boys wanted to win that game but we were not as focused as we are usually in these games.

“Not a lot but that explains a little bit. Still we played some good football that night: unfortunately, we didn’t score and they scored four times.

“It was not the most heavy defeat in my life.”

Although that loss was a tick in Pep Guardiola’s column for wins between the two Klopp remains the manager who has beaten the Spaniard more than any of his counterparts.

The German has won nine of 19 meetings as manager of Liverpool and Borussia Dortmund prior to that, although he has not won in four Premier League visits to the Etihad since Guardiola took over in 2016.

“We should meet much more often but I’m happy we don’t because of the quality his teams have,” added Klopp.

“I am not aware of any records but I knew we met from time to time and we didn’t lose all of them but the games were incredibly difficult.

“We were really just ready to compete and you need close-to-perfect organisation, need to be really brave, cause them problems as well.

“It’s not rocket science but it is intense and there is massive pressure.”