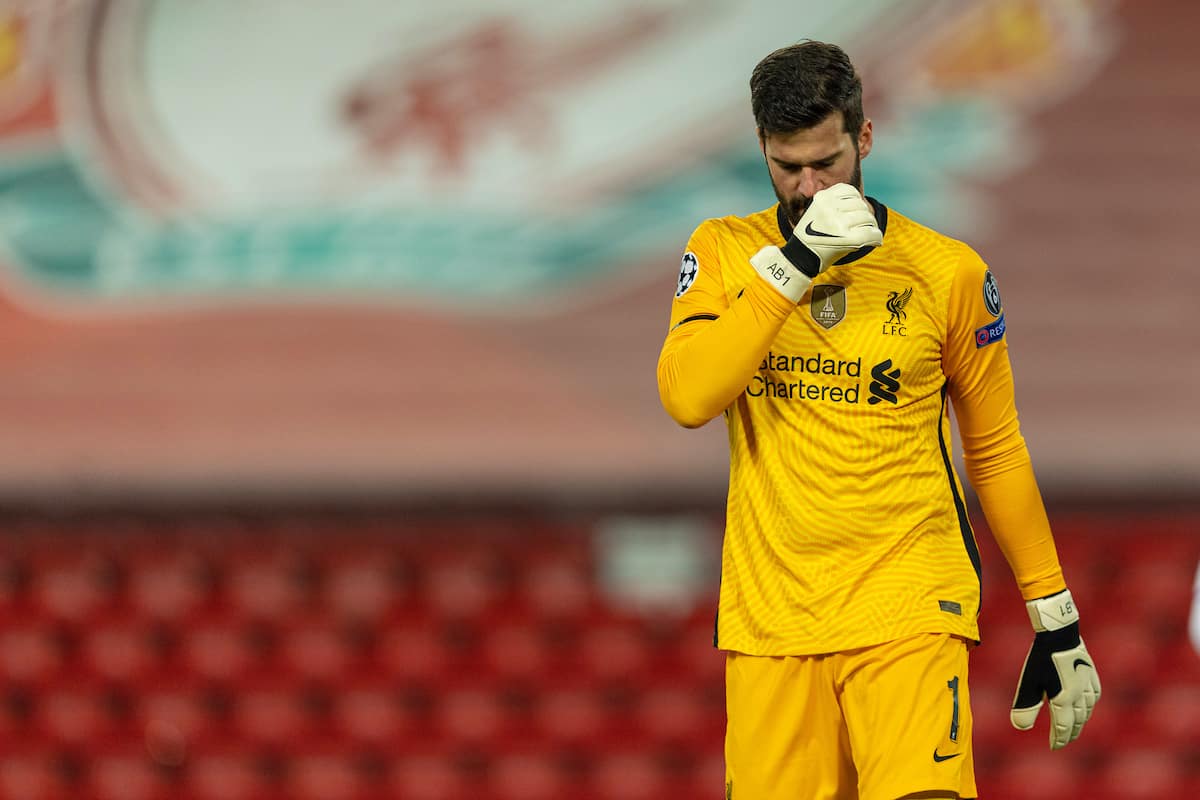 Liverpool were hugely disappointing in their bid to secure early progress to the Champions League last 16, losing their fourth group game 2-0 at home to Atalanta.

After a comprehensive and compelling victory over Leicester at the weekend, it may have been too much to ask of Liverpool to repeat this less than 72 hours later against Atalanta.

Champions League nights at Anfield have become synonymous with entertainment over the years, but in a season without fans and with a host of changes required, this has not been the case this season.

Jurgen Klopp made five alterations from Sunday night, with Neco Williams and Kostas Tsimikas making their first starts in the competition and Rhys Williams partnering Joel Matip at the back, and the makeshift nature of the side showed.

Alisson was required to make a strong stop early into the first half from Robin Gosens’ powerful strike, while Josip Ilicic had a penalty shout waved away by hit-and-miss referee Carlos del Cerro Grande.

The returning Mohamed Salah arguably had the best chance of the half for Liverpool, and that was a shanked effort with his right foot that soared high over the bar, summing up a tiresome opening 45 under the lights. 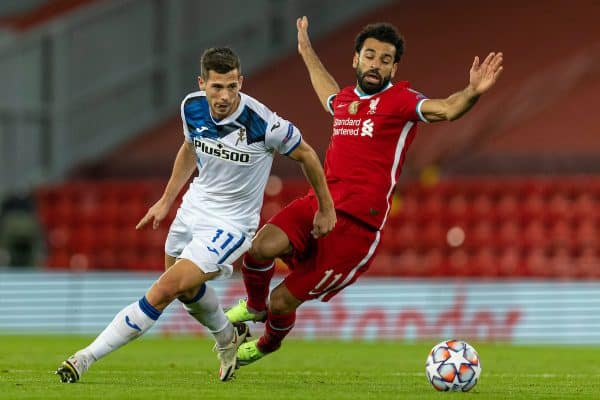 The second half began in a similar vein and Klopp was visibly and audibly frustrated, prompting him to prepare a rare quadruple change with Fabinho, Andy Robertson, Diogo Jota and Roberto Firmino.

Before the foursome could enter the fray, however, Atalanta went 1-0 up through Ilicic, with Papu Gomez’s cross evading Tsimikas and finding the Slovenian at the far post for a tap-in.

It didn’t change much immediately, and in fact, the visitors grabbed another soon after as Gosens drifted into the box completely untracked by Rhys Williams and sidefooted home a volley with consummate ease.

Neither the pace nor the quality picked up as the half wore on, with Liverpool seemingly waiting for the final whistle to allow them to turn their focus to Brighton on Saturday.

When it eventually came it was a relief, as a dire 90 minutes at Anfield was brought to an end.

With Atalanta and Ajax both winning on Wednesday night, Group D opens up, but victory over Ajax or Midtjylland will still see Liverpool through.