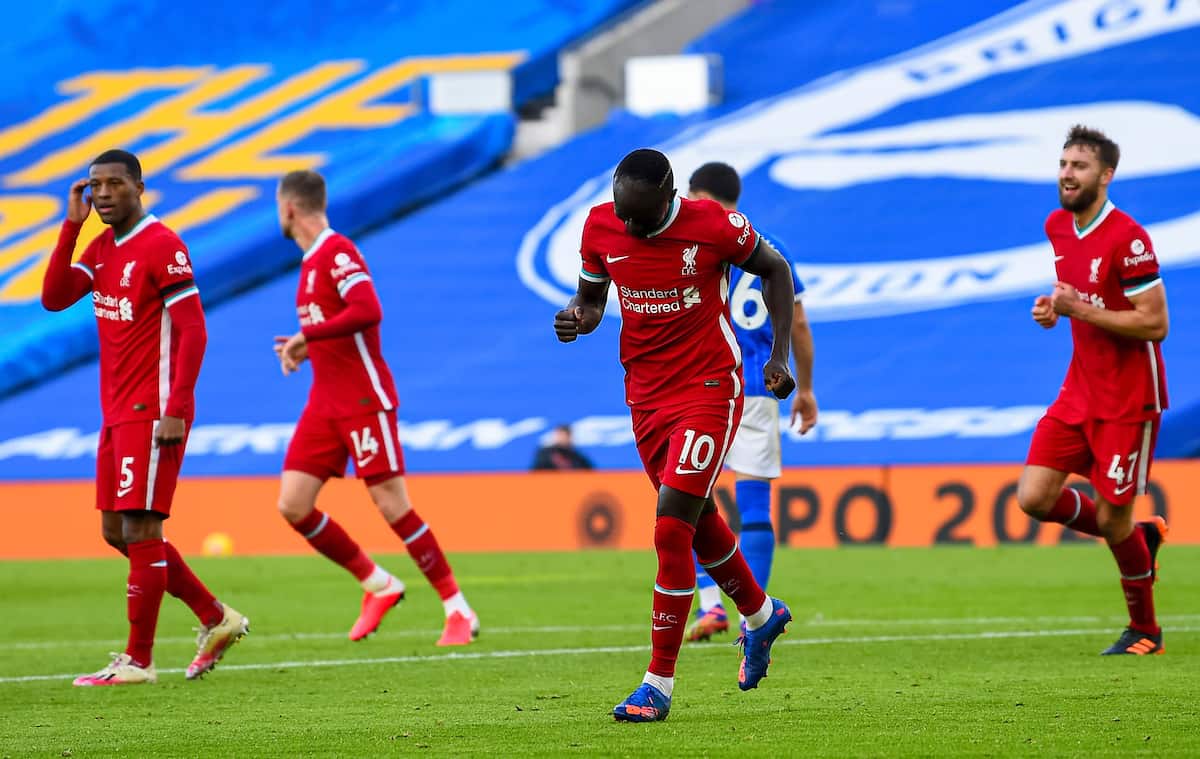 Demanding consistent brilliance from Liverpool this season is unfair during a campaign that is increasingly seeing football’s heart ripped out of it.

Saturday’s 1-1 draw with Brighton was always going to be a testing encounter, not least because the Reds hadn’t even had 72 hours to prepare for the match.

It threatened to be an interesting game, however, with supporters settling in for their latest offering of the Premier League champions.

But it just wasn’t a lot of fun, was it?

If anything, it was the perfect example of how poor a spectacle football has become in 2020/21, and will continue to be.

At no point at Brighton were natural human emotions allowed to take over, with endless decisions leaving supporters waiting for VAR to intervene.

Mohamed Salah‘s disallowed goal from Roberto Firmino‘s sumptuous pass deserved to be celebrated with great joy, but that lingering feeling of the dreaded technology intervening immediately prevented it. The same applied to Sadio Mane‘s ruled out header.

Both decisions were ultimately correct, but even if the goals had ended up being given, fans were robbed of that feeling of ecstasy in the moment.

Meanwhile, the penalty that Andy Robertson conceded was laughable, with nothing remotely clear and obvious about the challenge that led to Stuart Attwell reversing his decision.

James Milner took to Twitter on Saturday night to reveal his honest thoughts on the matter, proving that this COVID-19 and VAR-combined era of no fans and head-scratching decisions is getting to the players, too.

It’s “clear and obvious” we need a serious discussion about VAR. Sure I’m not alone in feeling like they are falling out of love with the game in its current state. pic.twitter.com/5FGgLtqbHs

The ‘new normal’ that we are witnessing in 2020/21 is something we are going to have to put up with, but there is no denying that it is not the football we know and love.

We will watch it because it still acts as the perfect way to switch off from the stresses of real life, not to mention it being an obsessive hobby for millions of people around the world.

Not having football in those three months between March and June felt like torture, and its return was an immense positive in an otherwise horrible year.

This wonderful game has never felt more of a chore, however, and while the Reds winning helps paper over the cracks – another title triumph would rightly be celebrated gloriously, regardless of the current situation – it is impossible to deny that it’s not the same.

Not only is the woeful nature of VAR and refereeing robbing teams – not just Liverpool, but everyone – there are also other factors impacting on this pale imitation.

The lack of supporters has ripped the soul out of the game, and if ever anyone doubted Jock Stein’s famous “football without fans is nothing” quote, just look at these last five months.

Empty grounds have too often turned matches into training exercises or daft, almost amateur-style games, with Liverpool’s 7-2 defeat at Aston Villa a great example of it.

It is hard enough watching it from the comfort of your own sofa, but for the players, the situation must be surreal to deal with, with supporters giving them something to bounce off. 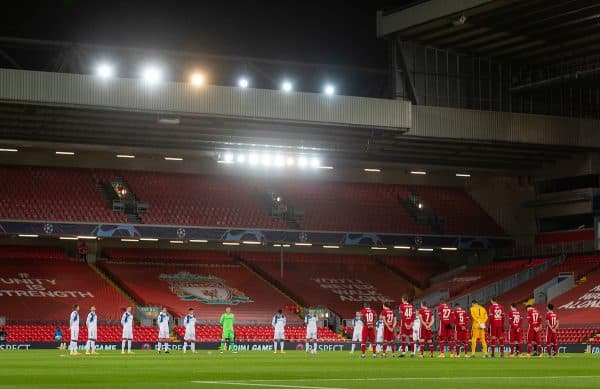 They are putting a brave face through it all, with so many people in the world in far worse situations, but once the dust settles they will speak about how surreal it was.

Then there are the injuries, which have affected Liverpool to an unrivalled extent.

The relentless nature of the fixture schedule is only going to lead to more fitness issues as the season progresses, with Trent Alexander-Arnold recently saying “there’s not enough time” to recover between games, as his current absence from a calf issue shows.

The more injuries and tiredness creep in, the more the quality of the football is going to suffer, further diminishing the prestige of this campaign.

It isn’t even going overboard to say that by spring, academy players could be playing key roles at some clubs.

The one thing that won’t help matters from a Liverpool perspective is if supporters expect to see the same level of brilliance as last season.

The Reds’ unstoppable march to glory saw them drop just two points in their first 27 league matches – as opposed to nine points in 10 games this season – which remains one of the most astonishing statistics in the club’s history.

The idea of a team winning the title with somewhere close to 100 points this time around is impossible, though, with no crowds acting as a leveller, injuries testing the depth of squads like never before and VAR too unreliable not to work against everyone at different times.

A draw away to someone like Brighton could even be looked back on as a positive result come May, whereas in the past, dropped points in such fixtures felt fatal, as Liverpool and Man City looked so imperious. 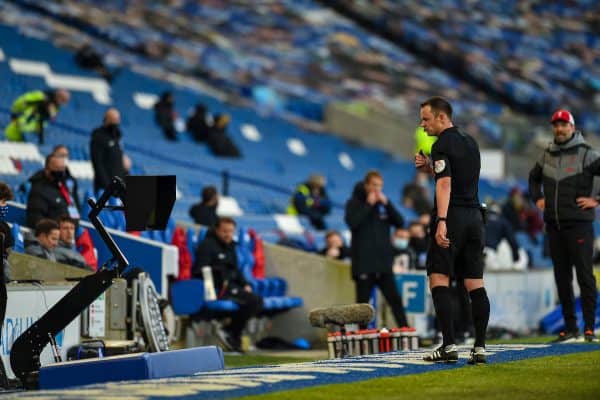 We must accept that Liverpool’s football isn’t always going to be free-flowing, performances will look jaded and far more points will be lost than in both 2018/19 and 2019/20.

That’s not to say Liverpool won’t seal consecutive league titles – they remain the bookies’ favourites – but little about it will be vintage on the eye.

How can it be when you have the likes of Alexander-Arnold, Virgil van Dijk, Joe Gomez, Thiago and Naby Keita out injured, games arriving every three days and baffling decisions ruining weekends?

The sad truth is that football won’t feel normal until stadiums are packed again, rules are ironed out and fixtures come at a more natural rate.

We will put up with it because we adore it, but if this version of football had been introduced to us in our formative years we would have obsessed over something else instead.