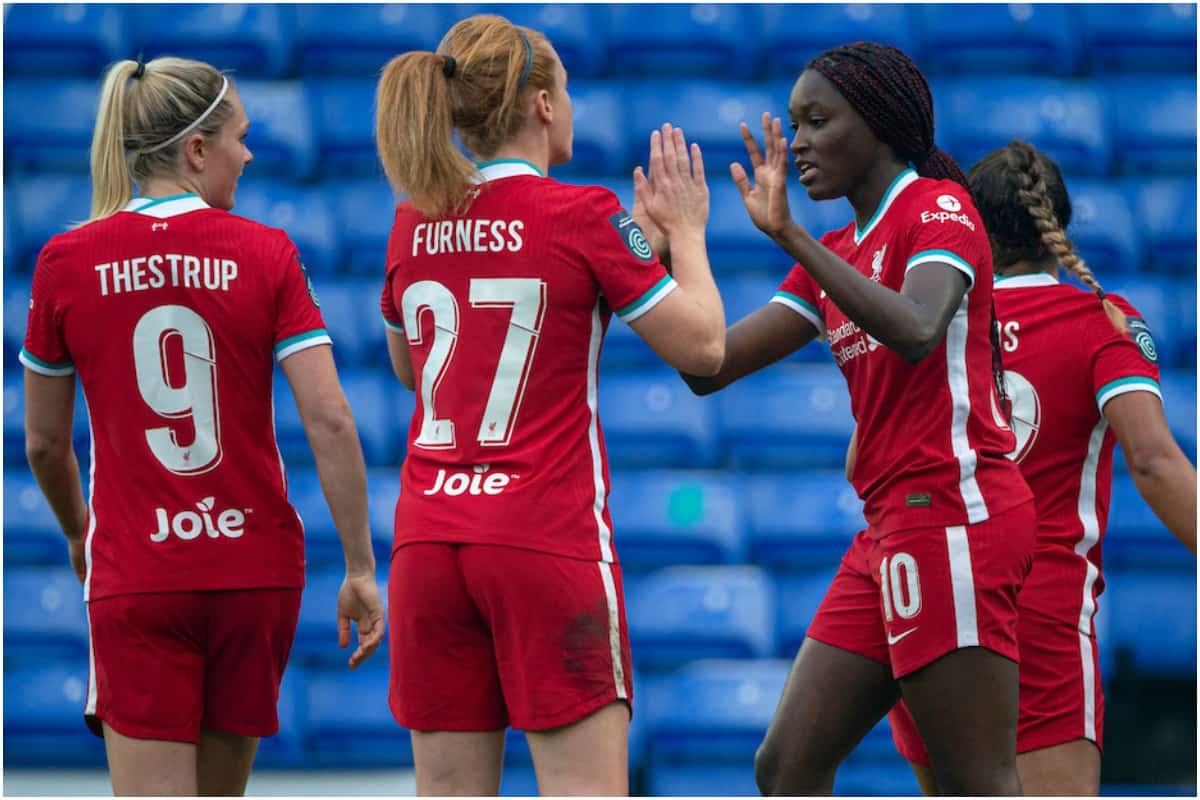 A stunning individual goal from Rinsola Babajide proves enough as Liverpool Women emerge as 1-0 victors over Sheffield United – who headed into the clash as league leaders.

Vicky Jepson’s side returned to Prenton Park to meet a Sheffield United side who sat at the top of the table heading into the clash having yet to taste defeat this season.

And with as the Reds dropped points at Lewes in the league last time out, the occasion marked an important one in their bid for automatic promotion.

There would be no need to settle into proceedings for the all-important clash for Jepson’s side, however, with an opening goal arriving with just six minutes on the clock.

It was all the making of Babajide having brilliantly manoeuvred out of three challenges from the touchline to weave her way into the box before she unleashed a strike across the goalkeeper to make it 1-0.

A confident and front foot display would see Melissa Lawley create a similar opening not long later as Liverpool stamped their authority with both possession and territory.

The tempo would drop as the minutes ticked by but the Reds remained largely in control at the back and the half would have been the perfect one if not for Jade Bailey being withdrawn on the cusp of half-time with an ankle injury. 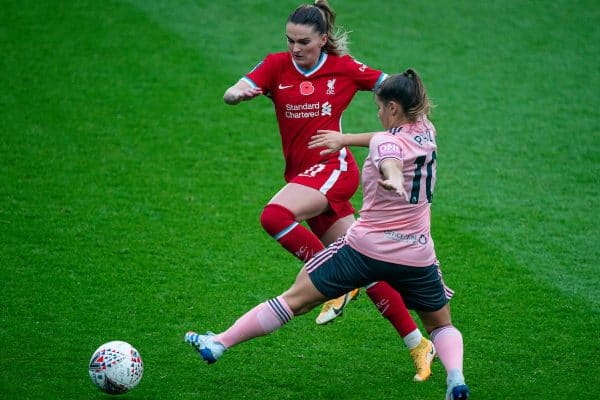 The early parts of the second half saw the Reds continue as the ones in control, with Sheffield United often rushed into releasing the final ball towards ex-Red Courtney Sweetman-Kirk.

Meanwhile, Babajide remained an effective outlet for Liverpool on the left-wing and across the forward line, brimming with confidence after her fourth goal in 2020/21.

But with the clock ticking closer to the 90-minute mark, the Blades upped the ante as they committed more players forward – testing a Liverpool defence who twice relinquished their lead at Lewes.

But history would not repeat itself here as Jepson’s side dug in and completed the job to take their season tally to 14 points after seven games, where results elsewhere move them within one point of the top spot.