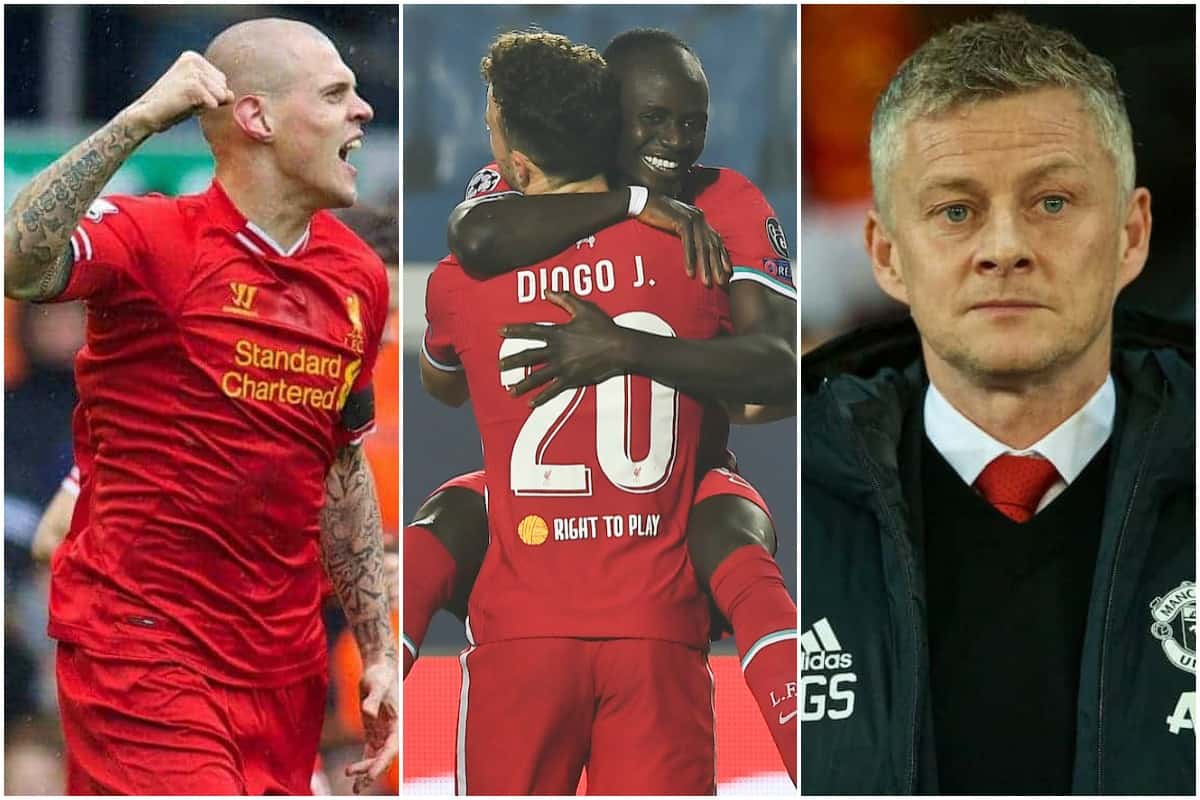 The latest Champions League matchday saw two ex-Reds go head to head and another topple Man United as Liverpool themselves remain in the driver’s seat in Group D.

Jurgen Klopp‘s side moved one step closer to sealing their place in the last-16 after putting Atalanta to the sword in a stunning 5-0 win in Italy on Tuesday night.

The Reds’ 100 percent record in the competition continued in mesmerising fashion after they turned on the style in what was tipped to be their greatest test thus far.

But a hat-trick the way of Diogo Jota in addition to strikes from Mohamed Salah and Sadio Mane ensured the rug was pulled from under Atalanta before they could even settle into the game.

The occasion marked the first start for Rhys Williams in the Champions League, one which was commemorated with the third successive clean sheet in the competition at the halfway point.

It was not the only hiding handed out on matchday three, as Bayern Munich put six goals beyond Salzburg in a 6-2 win to continue their 100 percent streak, while Borussia Monchengladbach were equally unforgiving in a 6-0 victory at Shakhtar to sit at the top of Group B.

Liverpool’s Champions League final opponents from 2018 in Real Madrid, meanwhile, notched their first win of the campaign having narrowly edged out Inter in a topsy-turvy 3-2 victory, as cross-town rivals Atletico were held to a 1-1 draw against Lokomotiv Moscow.

And it was an eventful Wednesday night, with Martin Skrtel’s Istanbul Basaksehir inflicting a 2-1 defeat on Man United in what was a disastrous defensive display from Ole Gunnar Solskjaer’s side – he really does have a magic touch at the wheel.

Continuing the ex-Red theme, Dejan Lovren‘s Zenit were held to a 1-1 draw with Pepe Reina’s Lazio in Group F – a result which secured the former’s first point in the competition.

The next opponents in the league in Man City also extended their unbeaten start, as Ferran Torres, Gabriel Jesus and Joao Cancelo all etched their name in a 3-0 win over Olympiakos.

Despite the scoreline, Pep Guardiola lamented his side’s wastefulness in front of goal and hopes to see an improvement against the Reds, saying: “We missed the chances to score more goals, in that way we have to finish the game.”

In Liverpool’s group, meanwhile, Ajax and Midtjylland’s clash was decided within the first 18 minutes as the former raced to a two-goal lead before seeing their buffer halved on the road to victory.

It leaves the Reds with a stranglehold on the top spot, with Ajax and Atalanta both on four points while Midtjylland have yet to get on the board with three games remaining.