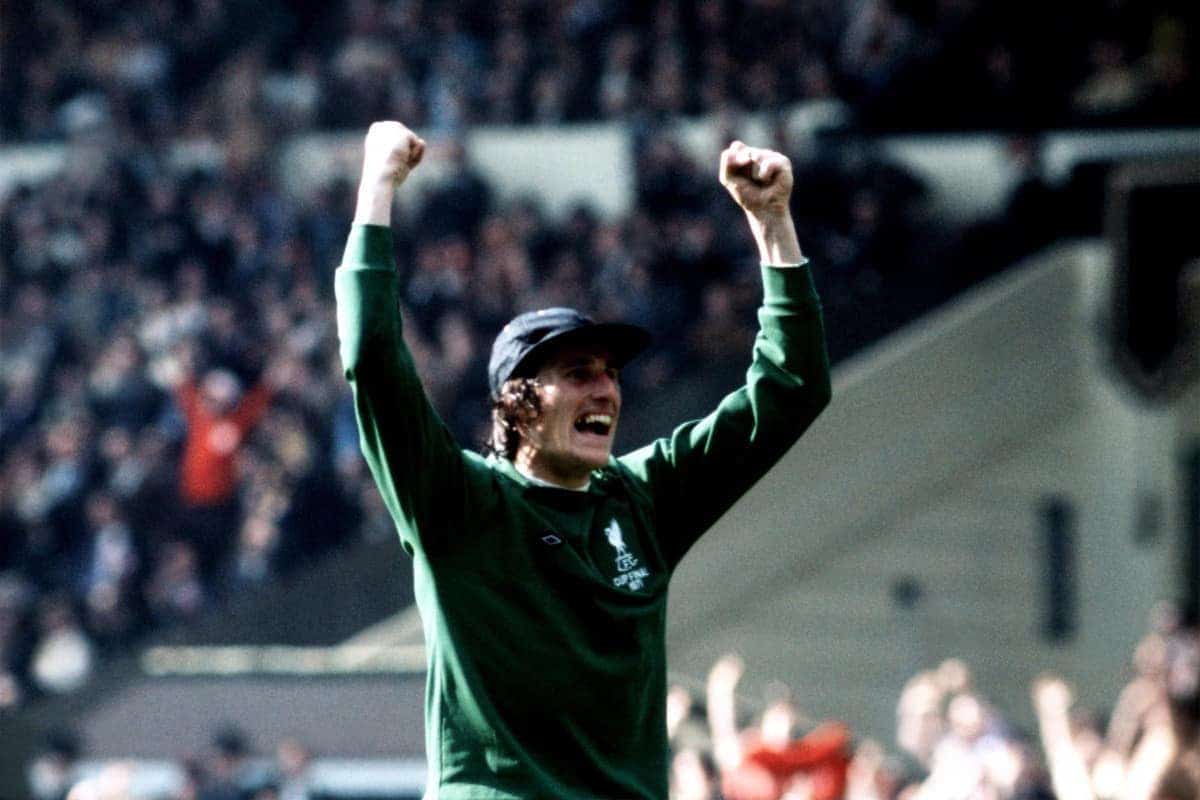 Ray Clemence, the legendary Liverpool goalkeeper, passed away on Sunday, November 15, 2020, leaving an indelible legacy and a Reds record that will never be beaten.

The club have announced that Clemence has passed away following a long battle with illness, with tributes flooding in for the former England international, who died at 72.

Along with 61 caps for England, Clemence turned out for both Liverpool and Tottenham during a distinguished career that began at Notts County and then Scunthorpe United, earning adulation at both Anfield and White Hart Lane.

During his time with the Reds, he won the First Division title five times, along with three European Cups, two UEFA Cups, the FA Cup, the European Super Cup, the League Cup and five Charity Shields.

It was in the title-winning 1978/79 campaign, under Bob Paisley, that saw Clemence and his defence set a record that will never be broken.

Liverpool stormed to the title that season, finishing eight points above second-placed Nottingham Forest, not only scoring at least 13 more than any other side with 85, but conceding at least 10 fewer with 16.

Of those 16 goals conceded, only four were shipped at Anfield, with Clemence keeping 28 clean sheets.

Never before or since has a Liverpool goalkeeper managed to let in 16 or fewer goals in the league, with this an even more impressive feat considering it was a 42-game campaign.

Chelsea are the only side to concede fewer in the history of the English top flight, and their record of 15 in 2004/05 was over 38 games.

Clemence has kept more clean sheets than any other stopper to represent the Reds throughout their history, with 323 in 665 appearances – recording a shutout in 48.57 percent of his starts, also the highest of any Liverpool ‘keeper.

Alisson is the next-highest of those to make 25 or more appearances, with 47.72 percent.

Despite the quality of those that have followed him at Liverpool – of Alisson, Bruce Grobbelaar and Pepe Reina – the late Ray Clemence will remain in the record books as the club’s most accomplished goalkeeper.