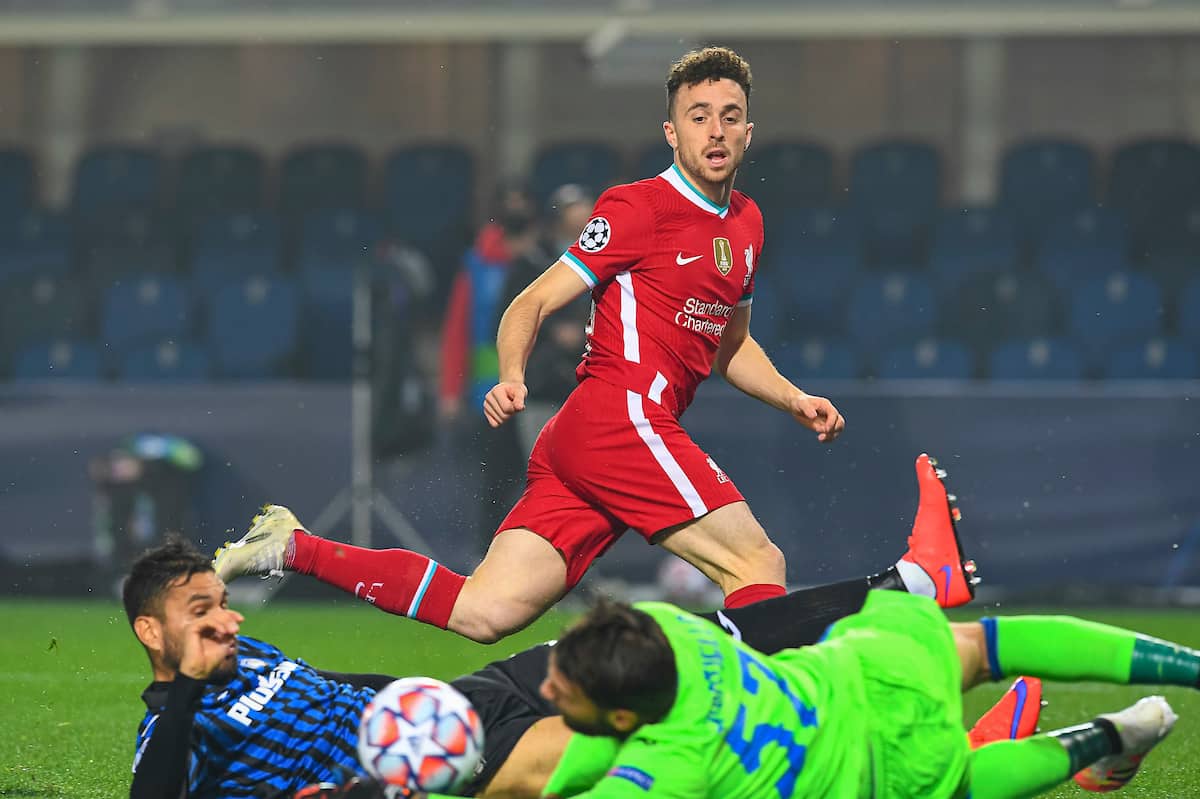 A dominant Liverpool performance saw Atalanta dispatched to the tune of 5-0 as Jurgen Klopp‘s side solidified their place at the top of Group D in the Champions League.

Italy was the setting for Liverpool for their third Champions League group match, with Atalanta the hosts as Jurgen Klopp’s men looked to solidify their position atop of Group D.

A maiden Champions League start came the way of Rhys Williams, while Diogo Jota and Curtis Jones were both given the nod as the Reds made two changes to the starting XI from the weekend.

And it was the Jota show in the first 45 minutes as Liverpool hit the ground running, with the Portugal international continuing his rich vein of form in front of goal with two goals in the space of 17 minutes.

The first arrived after he outmanoeuvred the Atalanta defender off his inside shoulder, and despite being man-handled in the box he conjured up a composed finish, while the second came thanks to the precision of Joe Gomez with his long-ball latched onto and duly drilled into the near corner.

The No. 20’s performance and two sublime finishes epitomised the Reds’ free-flowing performance which oozed confidence and conviction from across the park, with Liverpool able to mop up a number of attacks from the hosts.

The first came the way of Mohamed Salah after Curtis Jones launched a pass up the middle of the field from his own penalty area before the No. 11 then turned provider after finding Sadio Mane through traffic.

And to keep the chain going, Mane would provide the ball for Jota to secure his hat-trick as Liverpool continued to flex their muscles in stunning fashion.

Further chances would continue to come the way of the Reds but they were made to settle for five, but crucially, a clean sheet was delivered – with Alisson making a number of good saves throughout.

The scoreline also enabled Klopp to turn to his bench, as Naby Keita made his return to action and was joined by Kostas Tsimikas, Neco Williams, James Milner and Roberto Firmino.

The result is another massive confidence booster and one which puts Liverpool in the driving seat in Group D with a full complement of points ahead of the reverse fixtures.