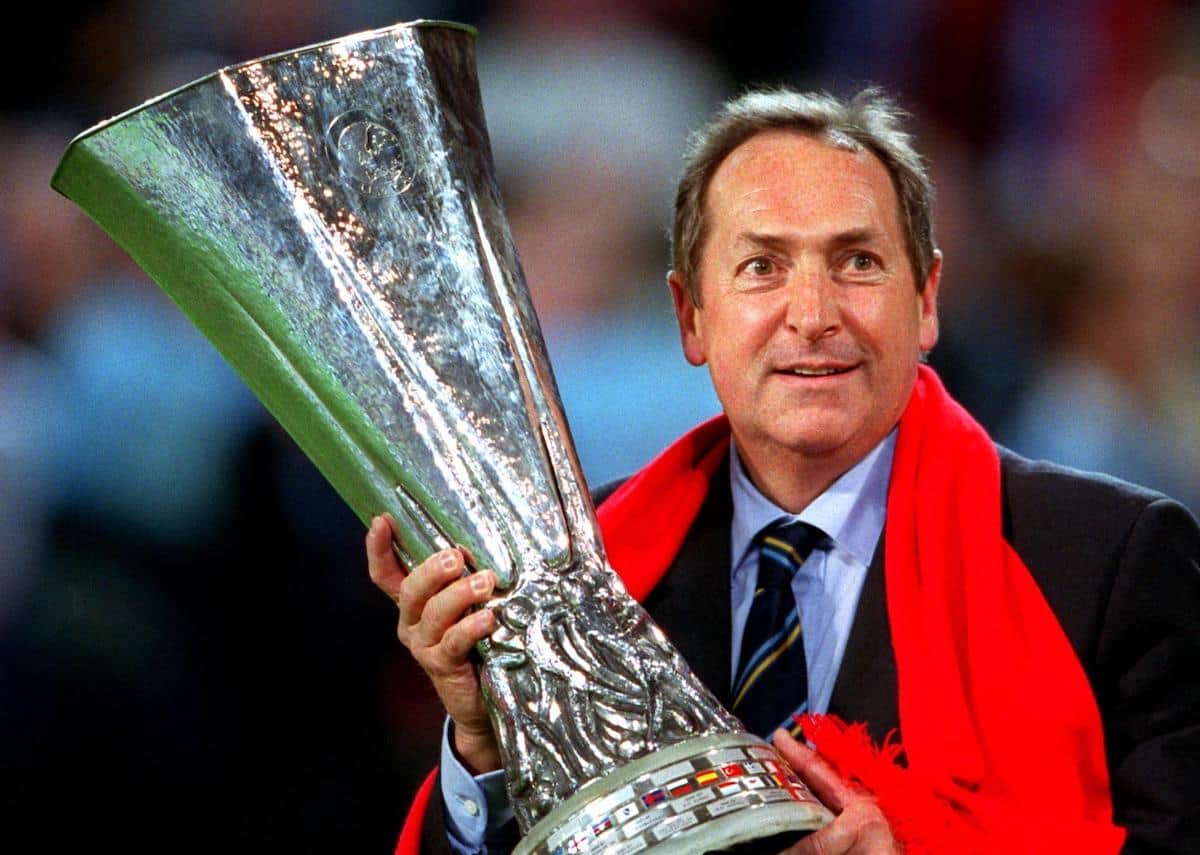 Former Liverpool manager Gerard Houllier has died at the age of 73, with the Frenchman passing away overnight, days after surgery on his heart.

Houllier led the Reds for six years between 1998 and 2004, having initially arrived as joint-manager alongside Roy Evans, before taking sole charge four months later.

The Frenchman can be considered one of the most influential figures in Liverpool’s modern history, bringing the club into a new era in terms of facilities and ethics on and off the pitch.

He was hugely successful, too, leading the Reds to six trophies, including an FA Cup, UEFA Cup and League Cup treble in 2000/01, followed by UEFA Super Cup and Charity Shield triumphs later in 2001 and another League Cup in 2003.

Following his departure in 2004, he managed Lyon and Aston Villa, between those spells serving as a director of football for the French Football Federation – holding a similar position with Red Bull until his sad passing.

Houllier’s death was widely reported in his native France on Monday morning, with Liverpool supporters and football figures alike taking to social media to pay tribute to a legend:

This is devastating. A great man who did a wonderful job as Liverpool manager.

RIP and sending my love to his family. https://t.co/Wqnpui4dZV

Oh no! Gerard Houllier has passed away. One of football’s smartest, warmest and loveliest people. #RIPGerard

This has knocked me back this morning. Dreadful news. https://t.co/XW5jmO8Heh

Such sad news. A gentleman. https://t.co/pGnPJOM9jY

Gerard Houllier. RIP. Underrated, and a boss who won a magnificent treble in 2000-2001. #Houllier #RIP pic.twitter.com/tU0sL4TAbc

Single handedly dragged #LFC into the new millennium and helped throw off years of mediocrity by winning an amazing treble. Made some massively important signings. RIP #GerardHoullier

Very sorry to hear reports that Gerard Houllier has passed away aged 73. A man of great integrity and an excellent manager.

I met Gérard Houllier in 2016 and had a very pleasant chat with him. He was a gentleman who adored the game. He will always be remembered for the 2001 treble and for modernising #LFC, but deserves credit for putting the building blocks in place for France's golden era. RIP. pic.twitter.com/H1baJm5r9m

Such sad news that Gerard Houllier has passed away.
He invited me into his home in Paris recently and was such a gentleman as we discussed his career in football.
He even set up a sightseeing tour for me. What a guy. RIP.#AVFC #LFC

Devastating news about Gerard Houllier. The man who modernised Liverpool Football Club and made them a genuine force again with the historic treble winning season. A lovely guy and a great coach. RIP Gerard. #LFC