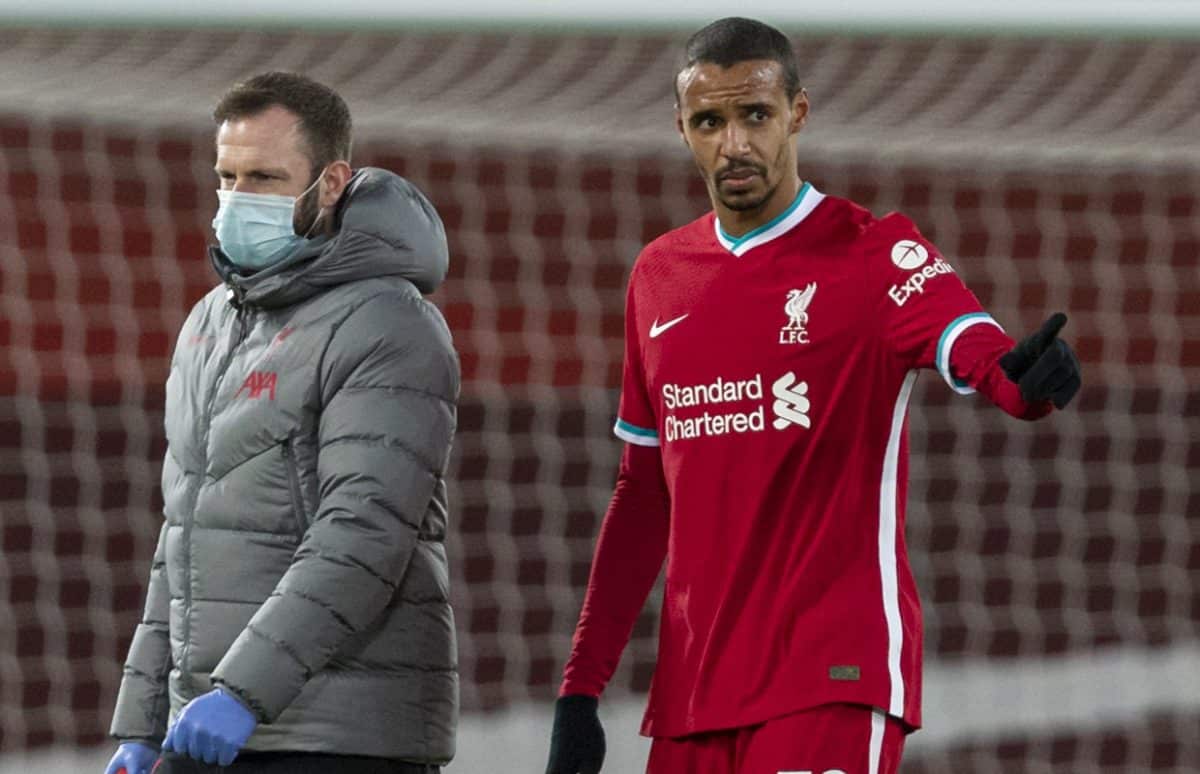 Joel Matip‘s adductor injury is “not too good” while Naby Keita will not be available against Newcastle after picking up a muscle injury of his own.

It’s a never-ending cycle for Liverpool as they continue to take one step forward and two steps back on the injury front; when players are on the cusp of return, others succumb.

And the latest setbacks were compounded by a frustrating draw against West Brom which ensured results across the festive period were not capitalised on.

Naby Keita was a notable absentee in the matchday squad on Sunday with another fitness issue after having only just returned to action against Crystal Palace, while Joel Matip was withdrawn during the game on Sunday.

The pair have been plagued by injuries throughout their Liverpool careers and the latter compounded the defensive woes once more with a groin injury on the hour mark at Anfield.

Matip pulled up holding his groin and the manager did not sound hopeful on the initial prognosis as the Reds look set to return to having just one senior centre-back option for the foreseeable future.

“Joel told me he felt something in his adductor and that’s obviously not too good,” Klopp said in his post-match press conference.

“I am not sure how serious it is now, but it was serious enough that he had to leave the pitch. The rest of the information I will get tomorrow.

“He is injured. Not the first time our centre-back is injured. He was in good shape but we can’t change it.”

Speaking separately to LFCTV, Klopp did say that Matip may not necessarily be out vs. Newcastle on Wednesday night though.

It came following an eight-day break and after just 150 minutes of action following on from his last setback at Fulham, thrusting Rhys Williams and Nat Phillips back into contention.

For Keita, meanwhile, Klopp could not put a timeframe on his return from an unspecified “muscle injury” but did confirm that it will force his absence at Newcastle on Wednesday.

“He has a muscle injury,” he said. “Don’t know exactly how long. Not today or Wednesday so we will see.”

Like Matip, it’s been a stop-start season for Keita and has ensured his hopes of finding a rhythm and his groove in this Liverpool side have been thwarted once more.

Thankfully, Alex Oxlade-Chamberlain is back in the mix and Thiago is on the cusp of a return having successfully taken positive steps in team training following on from a knee injury which has sidelined him since October.