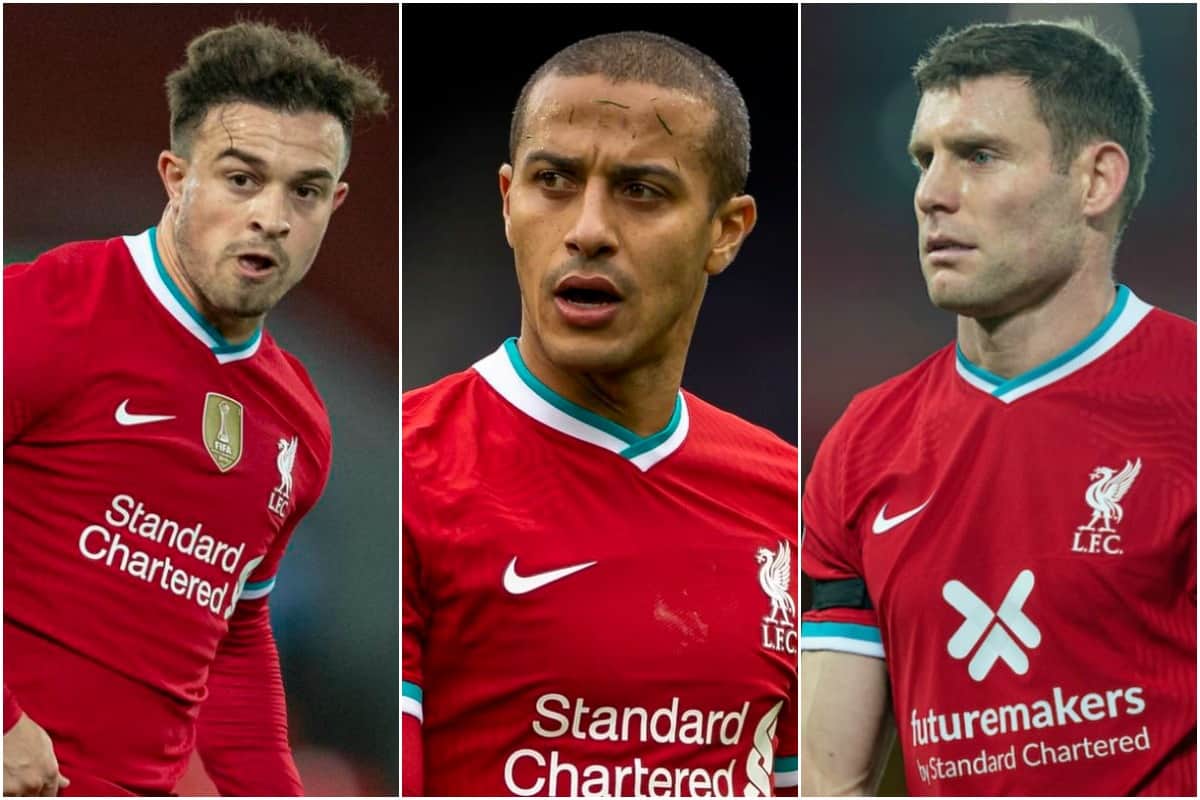 The Reds have been forced to battle their way through a congested fixture list whilst being besieged by injury to key players, all the while topping the Premier League and qualifying top of their group in the Champions League.

It has been a heroic effort on the part of Klopp’s side thus far and while Diogo Jota was the latest to be hit with a lengthy layoff, there is now some light at the end of the tunnel.

Liverpool have not seen the Thiago since the Merseyside derby, while Shaqiri was hit on his return from international duty in November as Milner succumbed to a hamstring strain in the controversial draw at Brighton.

The Spaniard voiced his hopes of slotting back in with his teammates before the end of 2020 and the manager was in a jovial mood as he addressed his return but insisted it cannot be rushed.

“He is eager [to get his Liverpool career up and running]. We are already making jokes here that we should sign Thiago in January!” Klopp said in his pre-match press conference.

“He gets closer and closer, he’s in a good way. We cannot and we will not rush it, but it’s nice to have him on the pitch. He’s not in team training yet, that’s the final step.

“We will see how the weekend looks with him, and next week can he be in team training? I don’t know. He has to pass a few tests first.

“Not only for him, Milly similar and Shaq similar.

“A lot of players are injured so sorry if I forgot someone.”

While the Reds will be eager to add them to the fold with senior options having been slim in recent weeks, there will be zero desire to rush their return.

But with eight days between the trip to Crystal Palace on Saturday and the clash against West Brom on December 27, there is scope for Milner to be involved in the latter having already built up a much-needed fitness base.

Either way, it certainly makes for a welcome boost and Klopp’s desire to see no further injuries showed as he knocked on wood and said few words on how some of his players have coped with the increased demands as he knows better than to tempt fate.