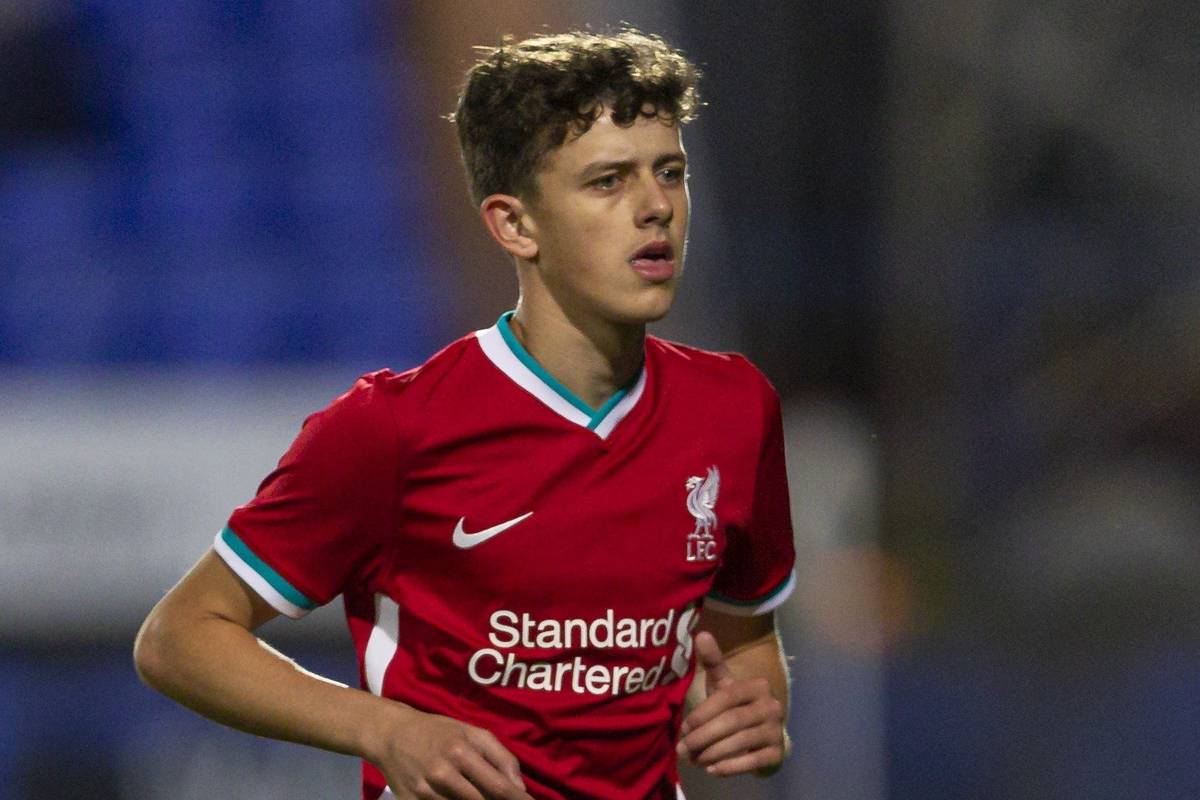 Liverpool were back in training on Thursday and Jurgen Klopp took the chance to look at an alternative left-back option up close.

With the tough schedule continuing to leave the Reds somewhat short of senior options, the youngsters are really getting their chance this season – and taking them, for the most part.

Thursday’s session showed the huge and most obvious benefit of the Reds’ recent change of training ground for the senior side: with most of the fit and available first-team players in recovery after the win over Spurs, Klopp and Co. were able to simply bring over a host of younger options to fill out the group from the other side of the Kirkby centre.

A big chance to perform in front of the boss, then, was afforded to some of the U23 prospects – including an interesting option at left-back.

With Andy Robertson still playing every game and Kostas Tsimikas sidelined for the foreseeable future, Owen Beck stepped up to fill the void in that role.

The great-nephew of Ian Rush, he has progressed through the ranks and is the Academy option in the position and was noted as one of the ones to watch this year by Jack Lusby.

At 18 years of age he’s still learning his trade and isn’t likely to be thrown straight into the mix at this stage, but the Reds need to know who is next in line in case an injury does befall Robertson – with James Milner also sidelined at present.