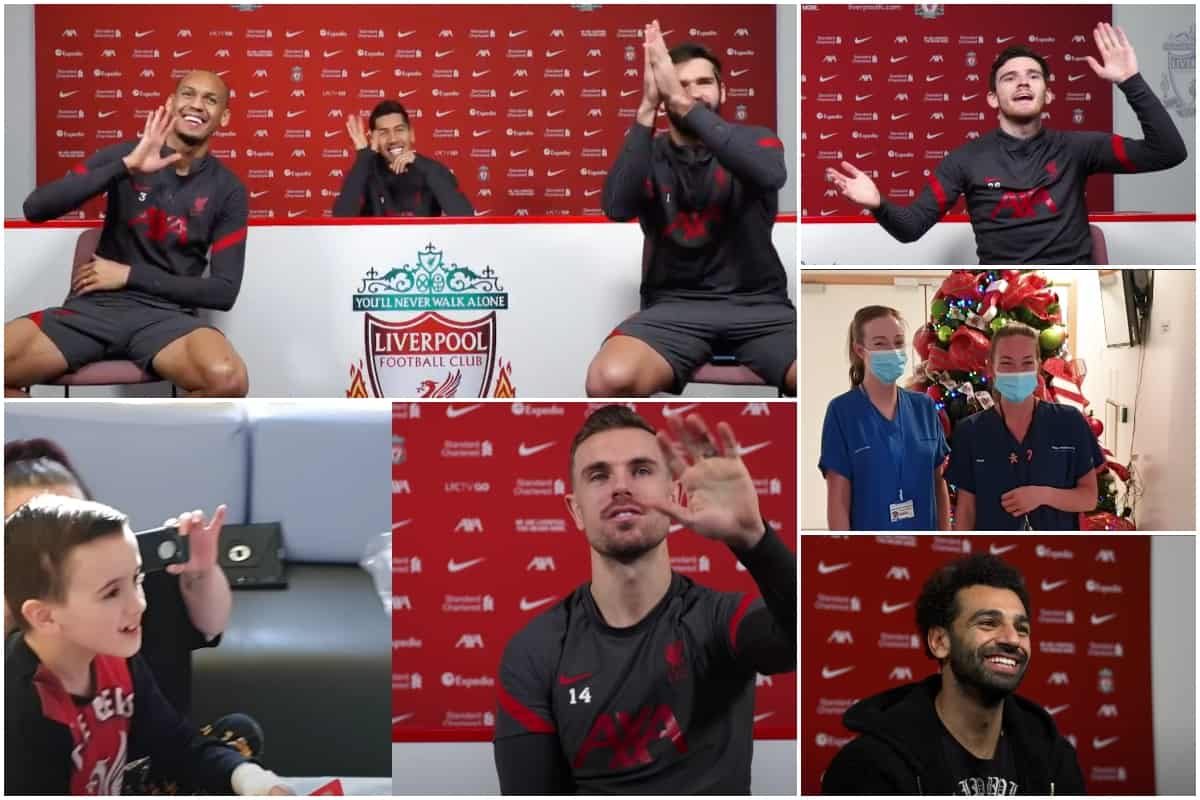 The Liverpool squad could not attend the Alder Hey Children’s Hospital in person as usual this year, but still made sure to bring smiles to the children and staff.

The Reds’ annual visit to Alder Hey was not permitted this year due to the COVID-19 pandemic, which deprived Jordan Henderson and the squad of one of their favourite parts of the festive period.

But instead, they surprised children at the hospital via video message, with Henderson, Andy Robertson, Trent Alexander-Arnold, Mohamed Salah, Alex Oxlade-Chamberlain and James Milner among those involved.

Robertson was particularly great with the kids as he cheered them on to better health, while the captain explained the importance of the visits to the squad.

“It means a lot to the kids, even if you just put a smile on their face for five minutes,” Henderson said.

“But it also means a lot to us as players, to be able to go and see them, to see them smile.

“With the tough situation and the things that they’re going through, it’s really humbling for us as players, so it’s nice that we can still do it.”

Henderson paid tribute to the staff at Alder Hey, describing their work as “remarkable,” particularly given the tough situation throughout 2020 during the pandemic.

“All of the staff there, every year we go, they’re so good with the kids, always smiling, and the work they do is remarkable really,” he continued.

“Especially this year, with what’s been going on of course, but in general they’re an amazing, amazing hospital.

“And everything they do is appreciated by everybody in the city and the country I’m sure, but also from us as a club, and as players.” 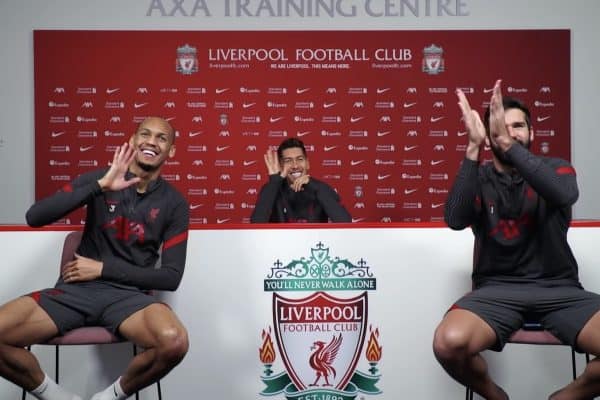 Liverpool’s Brazilian trio of Alisson, Fabinho and Roberto Firmino also surprised the children, with Firmino beaming as his shirt was seen in the room of young Alfie, as Alisson and Fabinho gave a rendition of Si Senor.

“We’d like to say thank you to you. You are our heroes, truly,” Alisson told the staff.

“My prayers have been to you people who are on the front line for us in those difficult times. All the best for you, for your family, god bless you.”

The joy on the children’s faces as they are greeted by the Premier League champions – and given gifts by the club – is truly heartwarming, and shows the spirit within the Liverpool squad.

While it may be much different this Christmas, the Reds are still doing their bit to spread festive cheer.