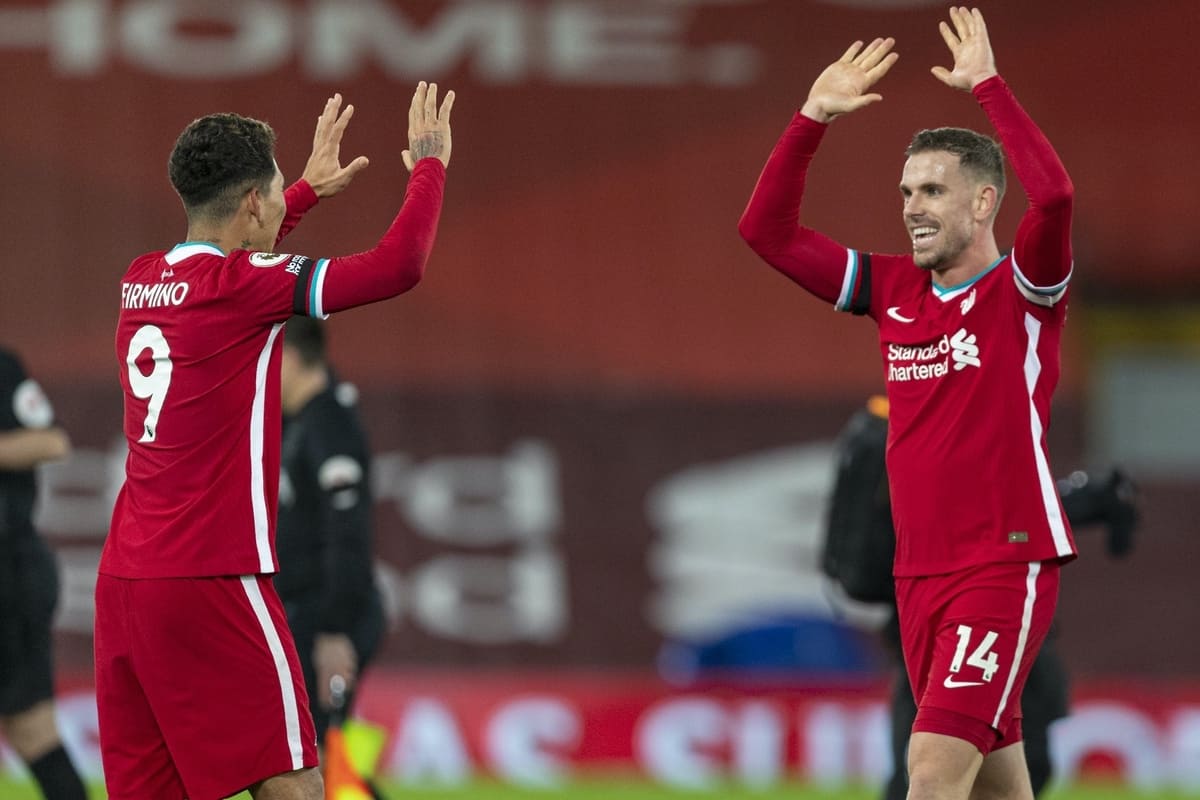 Liverpool sit clear at the top of the table after Roberto Firmino headed home a later winner in a 2-1 win over Tottenham, and fans were delighted.

It was a top of the table clash, where victory would promise a spot clear at the summit and Liverpool a win did just that with a three-point buffer now in the Reds’ favour.

The opening half was dominated by Jurgen Klopp’s men as they dazzled both on and off the ball and finally made it count through Mohamed Salah, with his deflected shot looping over a hapless Hugo Lloris.

Heung-min Son would equalise against the run of play on the counter in their first attack of the half as a flurry of Liverpool chances went straight down the throat of the ‘keeper.

Spurs had the ascendancy in the early exchanges of the second and Liverpool had the upright to thank before the Reds started to pepper Lloris’ goal but remained without the clinical finish.

That was until Roberto Firmino thumped a header into the top corner of the net with only minutes remaining to sink Mourinho’s side at the death.

BEST IN THE WORLD IS BOBBY FIRMINOOOOOO!!!

Oh Bobby my precious my love

Fully deserved, what a performance. When Firmino celebrates like that, you know how much it means to him.

“What a fucking header! You beauty Si Senor!”

ICE IN HIS VEINS.

Adulation continued to come the way of Jones…

Curtis Jones in that first half. Completed more passes (62) than anyone else on the pitch. 93% passing accuracy. Only Andy Robertson has touched the ball more often.

Jones in the second half; just wow. Took control of it.

What a team. And how Gerard would have loved – and recognised – the scouser wearing number 17.

Curtis Jones is 19 years old. Lad has the world at his feet.

Fabinho and Wijnaldum my joint Men of the Match.

If the performances of Rhys and Curtis have taught us anything, it's that we should be calmer about kids coming through in emergencies.

“Our boys played their best match of the season. Start to finish.”

How good is Fabinho. Reads the game so well. Defends in open spaces better than anyone

Massive win that. Really pleased for Bobby but MOTM has to be Rhys Williams. What. A. Performance from the young lad

Honestly, I thought every one of the lads were boss tonight. Great performances all over the pitch and a huge three points. Klopp will be absolutely made up with that performance, bet he’s proper buzzing.

This ref can fuck right off

No issues with the equaliser. If there's a gripe to be had with the officiating (possible handball aside), it's Taylor's general positioning when #lfc are in possession on the left hand side. He *should* be on the left, but where he stands he's been blocking passing angles.

Never seen a defensive midfielder block passing lanes anything like as well as Anthony Taylor is managing tonight.

Like prime Claude Makelélé is reffing the game ffs.

Anthony Taylor with what can only be described as an extremely Wytenshawe performance in the first-half.

Massive. Massive win. That’s what Firmino can bring to a side. Bullet header, would have taken anything to the face to direct that on target. Battling performance from the Brazilian, and the team. Liverpool, top the league. #LFCdigest

What a moment. What a performance.

THAT is how champions play ?

No centre-backs. Eight injured players. Same team that played three days ago bar one and they play like that. What a team.

Massive win. Fully deserved on the balance of play. Spurs better to begin at the start of the second half but overall LFC dominant. Thought Wijnaldum was outstanding. Special mention for young Rhys Williams too. Wow.