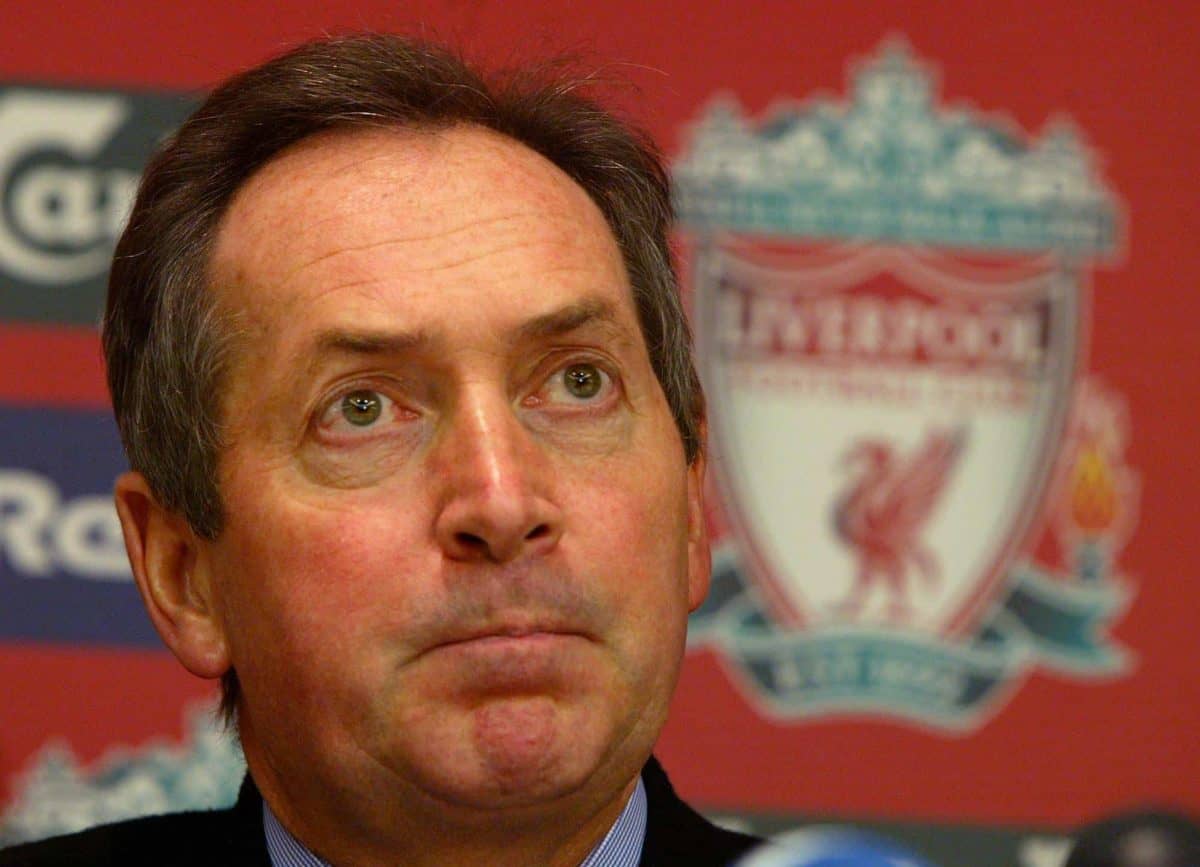 Gerard Houllier would reflect on the “touch of destiny” that led to him standing on Anfield’s famous Kop for the first time in 1969, where he watched Liverpool cruise to a 10-0 win over Dundalk in a Fairs Cup tie.

Houllier, who has died at the age of 73, was spending a year in the city as part of his degree at Lille University, and until that point had shown little inclination or aptitude for a career in professional football.

Few, least of all Houllier himself, could have envisaged that less than two decades later he would be standing in front of that same Kop, milking the acclaim of the supporters after steering the club to a silverware treble.

After a negligible playing career, Houllier moved into management whilst still in his mid-20s, cajoling a Calais-based amateur team called Noueux-les-Mines up from the fifth tier of French football to briefly mix with the relative giants of Ligue 2.

The extent to which Houllier’s success was inspired by that night at Anfield will never truly be measured, but it clearly stuck with the Frenchman, who recalled as recently as 2016 the impression Liverpool’s performance had left on him.

“I think 15 minutes before the end of the match the score was 8-0 and still Liverpool went looking for goals,” marvelled Houllier. “In France, if you are 5-0 up at half-time the game is over in the sense that you don’t bother trying to increase your score. It’s not like that in England.”

Houllier moved on to Lens, whom he led into Ligue 1, then Paris St Germain, with whom he won the French title. 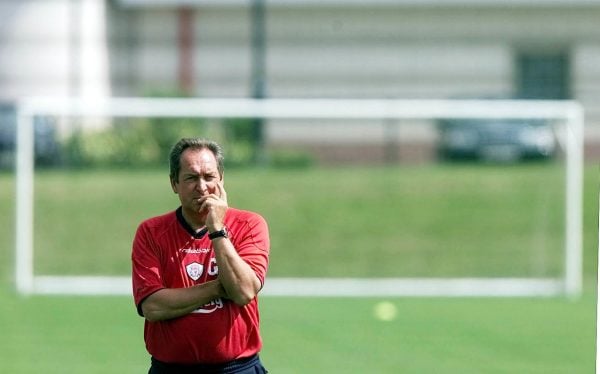 His burgeoning reputation as an astute tactician led to him joining Michel Platini as technical director of the French national team, before succeeding Platini in 1992, tasked with steering his nation to the 1994 World Cup finals.

Houllier was to experience his first managerial setback in November 1993, when France, needing just a draw to beat Bulgaria and qualify for the finals, conceded a late winner after David Ginola lost the ball attempting a cross.

It attached a rare note of rancour to a career otherwise renowned for its geniality. Houllier and Ginola publicly rowed about the incident for years, and Ginola even attempted to sue following comments by Houllier in his book.

Houllier would go on to realise his “destiny” when he returned to Liverpool in July 1998, firstly as co-manager with Roy Evans, then alone after Evans resigned from his post four months later.

Tasked with rebuilding an inherited squad formerly known as the ‘Spice Boys’, Houllier would go on to achieve a League Cup, FA Cup and UEFA Cup treble in 2000/01.

It marked the high point of an Anfield career which would eventually peter out in May 2004, when, after consistent failures to reach the Champions League, he was replaced by Rafael Benitez.

And yet despite Houllier’s raw record standing scant comparison with those greats who had gone before and who have come since, it is a sign of the remarkable influence he possessed that Houllier can stand so proudly amongst them. 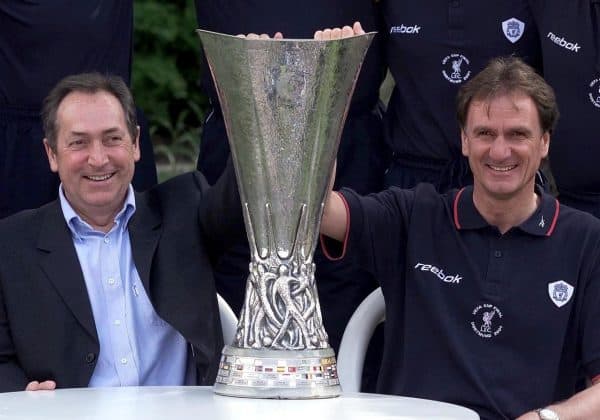 A clue to the extent of the emotion his death has engendered among fans and former clubs is perhaps evident in a separate passage in that same book, in which Houllier reflects on the cajoling influence required to bring the best out of those under his command.

“There are some rare cases of players who need a very authoritarian coach,” he writes, “but, in general, this kind of direction is demotivating, because it limits individual initiative.”

Despite suffering with heart problems – he required an operation after falling ill during the match against Leeds in 2001 – Houllier returned to France to win two titles with Lyon, then returned to the Premier League to replace Martin O’Neill at Aston Villa.

He lasted little more than a year at Villa Park, but there, as at Anfield, Houllier’s legacy lives on as a man who cut through the pressures of top-flight football and fulfilled his “destiny” in the most engaging of ways.