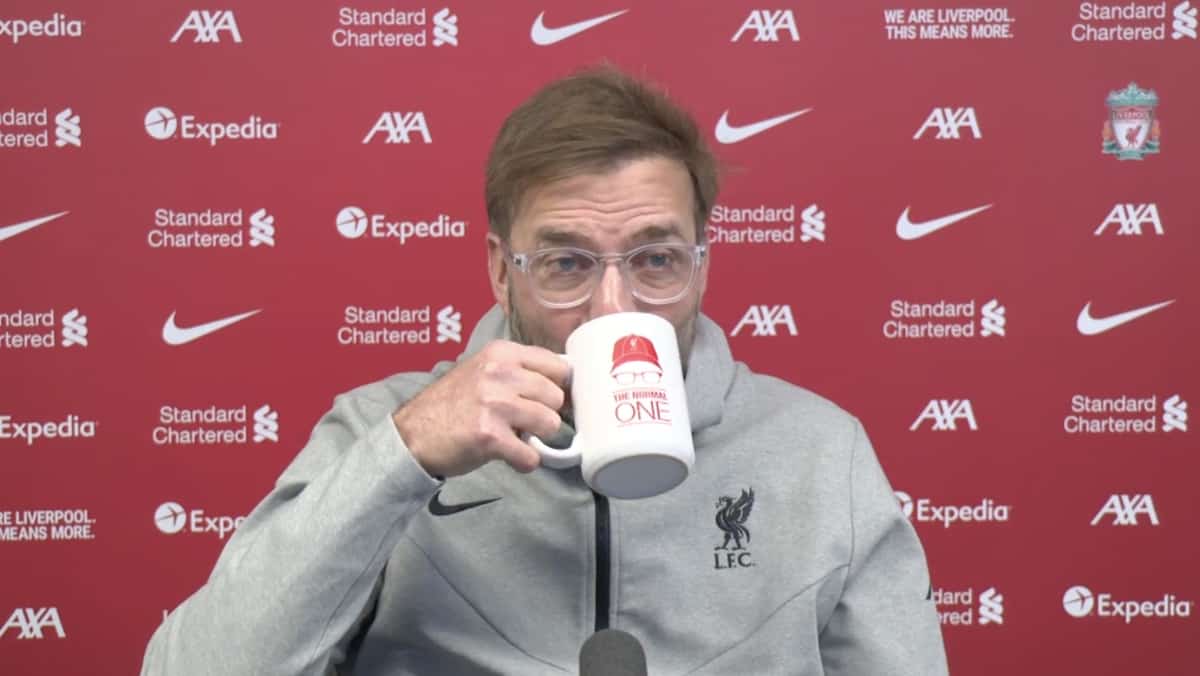 Jurgen Klopp was under no illusion that West Brom will provide a “tough game” on Sunday as they battle to move out of the relegation zone under new management.

The Reds host West Brom on Sunday afternoon aiming to end their Anfield run in 2020 on a high by stretching their unbeaten league run to an astonishing 67 games.

Newly in charge, Sam Allardyce will take his place in the opposing dugout aiming to frustrate and rob the Reds the chance of providing a late Christmas present.

He was the last manager to walk away from Anfield with a league victory back in 2017 with Crystal Palace and the boss knows another “tricky” battle awaits his side.

“It’s a tricky one. We analysed this morning [Thursday] and it’s a mix of Everton when Sam was there and, of course, his first and last game against Aston Villa.

“What I expect is a tough opponent, it was always tough against Sam Allardyce teams. Well organised, don’t make a big fuss of possession and in the situation West Brom is in anyway it will be a proper fight. 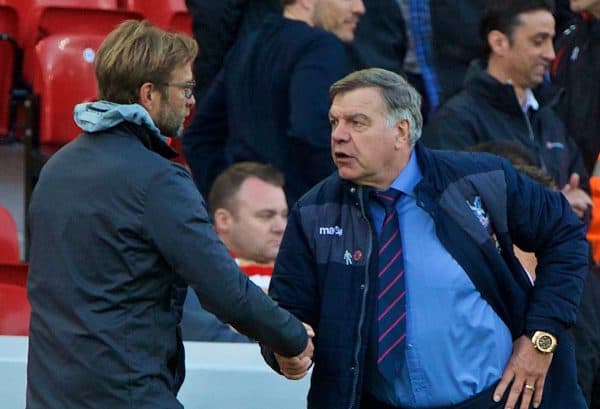 “Sam is a proven specialist for organising teams for these kinds of fights so we expect a tough game obviously.”

The manager also insisted there will be no rushing Thiago’s return against the Baggies after he took his first successful steps in training, while James Milner and Xherdan Shaqiri are also in a good way and close to a comeback.

There were also words on Mohamed Salah and how there is no cause for concern as speculation continues over his future following on from his interview with the Spanish press before the Reds’ win at Crystal Palace.