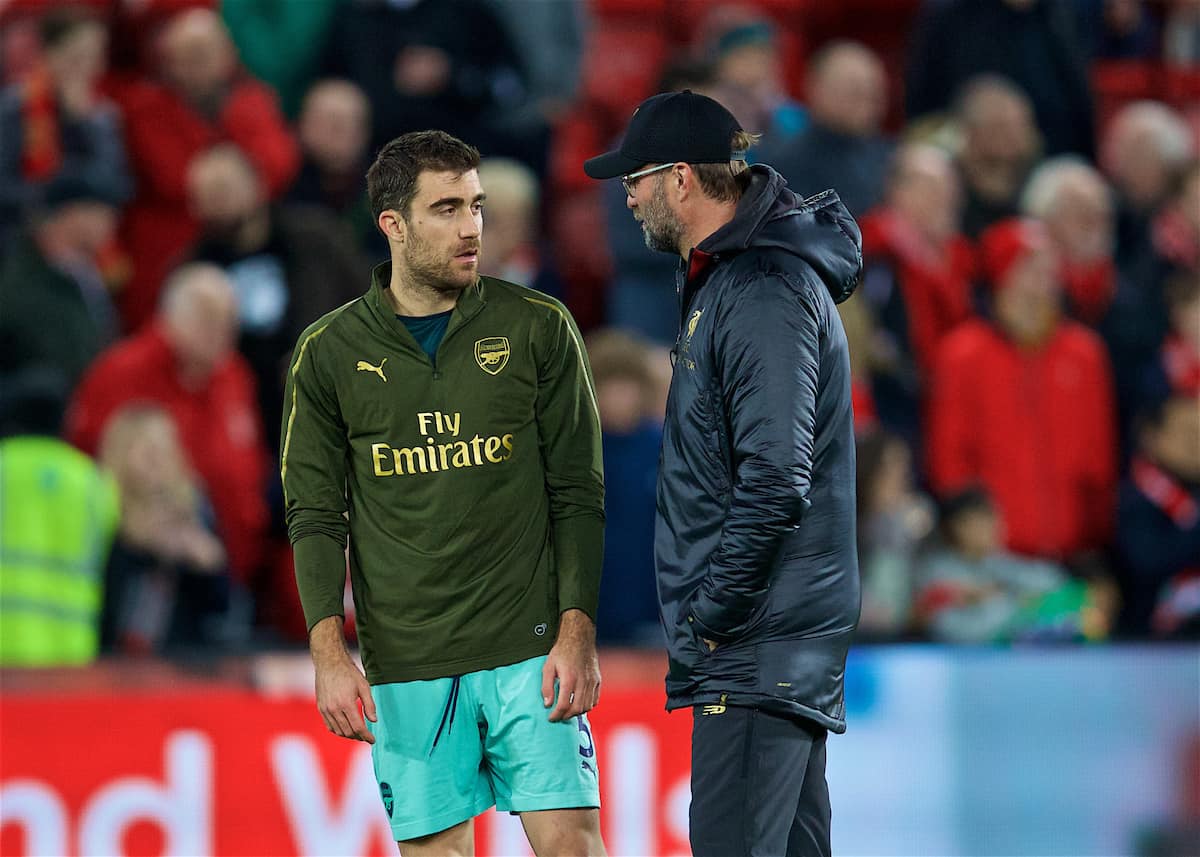 Sokratis, age 32, was left out of Arsenal‘s Premier League and Champions League squads this season and has only featured in the EFL Trophy and Premier League 2.

The decision to release him early, similar to Mezut Ozil this week, has left some Liverpool supporters pondering whether the Reds should look at the Greek for a short-term option for their centre-back issues.

Sokratis played at Dortmund for the final two years of Klopp’s reign in Germany, from 2013 to 2015.

Of course, having not played a Premier League game this season, he would not necessarily be fully fit to start right away, but he would be a player with experience who can add much-needed depth in defence.

With no signing of a centre-back likely this month, many supporters have wondered whether a left-field solution could materialise, and Sokratis would prove to be this.

One issue Liverpool would have to solve first would be removing a ‘non-homegrown’ player in order to register a player such as Soktratis.

The Reds currently have one space available, which is likely to be used to put Virgil van Dijk back into the squad from February 1.

A departure for a player such as Divock Origi or Adrian, would though free up a space for another homegrown player.

Clearly, Sokratis would not be a long-term solution, but on a six-month contract it would surely be something Liverpool should be at least considering?