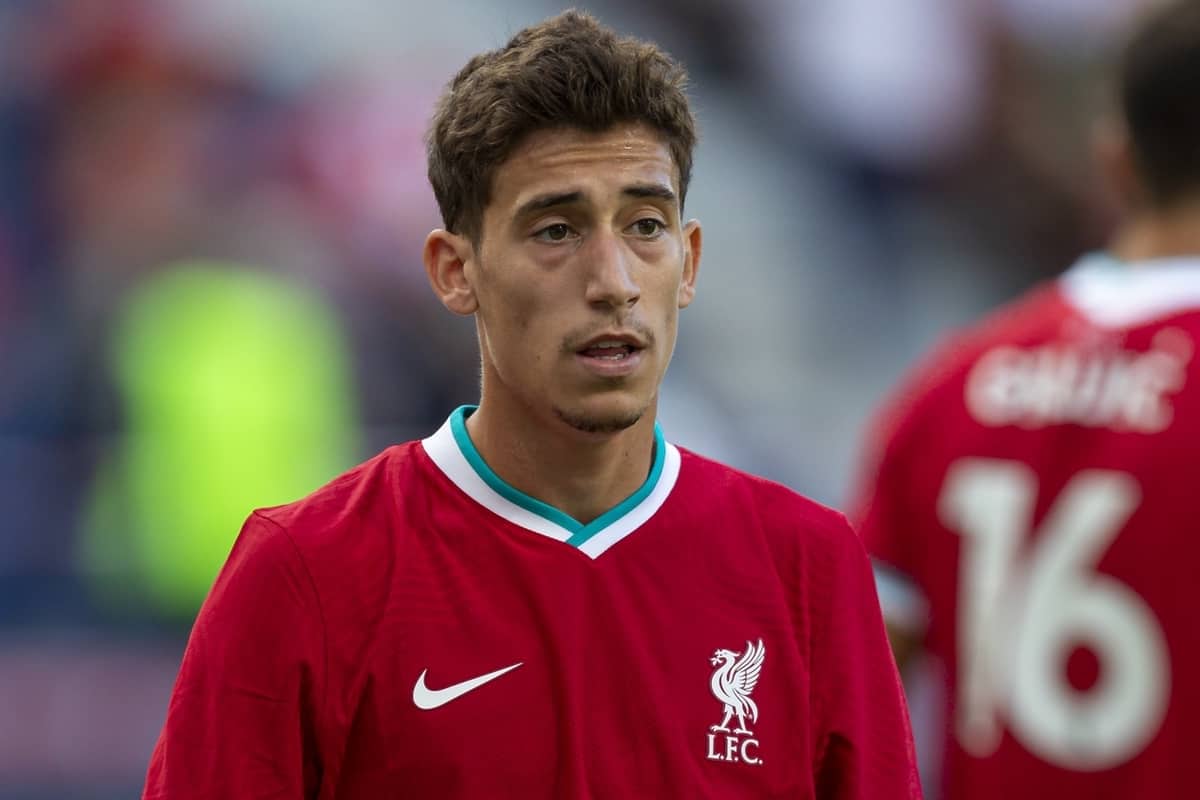 Kostas Tsimikas has been sidelined with a knee injury since early December, but the left-back has hinted that he will be “back soon” after missing the last seven games.

Tsimikas suffered the injury during the Reds’ 1-1 draw with Midtjylland last month, forcing the Greek off just after the hour mark in only his third start for the club.

It continued a frustrating start to life on Merseyside for the summer signing, with injury and a case of COVID-19 hampering his progress at his new club earlier in the campaign, too.

He remains a popular member of the first-team squad, however, and should become an important player for Jurgen Klopp, having been earmarked as the ideal competition for Andy Robertson.

Klopp will be hoping he can kick on in the second half of the season, particularly as Robertson has become the first player to break the 2,000-minute mark for the club in 2020/21, so far avoiding major injury.

James Milner filled in for the Scot in Friday night’s 4-1 win over Aston Villa in the FA Cup third round, but the availability of specialist cover would be preferred.

Tsimikas has provided an update on his recovery in his latest Instagram post, telling supporters he will be “back soon”:

Whether this will see Tsimikas return ahead of schedule remains to be seen – with the defenddr initially expected back in mid-February – but an earlier comeback would be a boost given the busy calendar ahead.

Liverpool’s victory over Villa in the FA Cup sets up a fourth-round tie, with games to be played on the weekend of January 23/24, while Premier League clashes with Man United, Burnley, Tottenham, West Ham, Brighton and Man City are to come before Tsimikas’ projected return.

The 24-year-old would be a useful option in rotating against the likes of Burnley and Brighton, along with being a guaranteed starter in the FA Cup if fit, allowing Robertson a much-needed rest.

Diogo Jota, however, suffered a similar injury to Tsimikas in the same game in Denmark, and Klopp recently stressed that there was “no real timeframe” on the Portuguese’s recovery.

“It will still take time,” the manager said, “he is still wearing the brace so that means he’s still a few weeks away from team training.”

If Tsimikas is in the same position, “back soon” may be an optimistic view from the left-back.