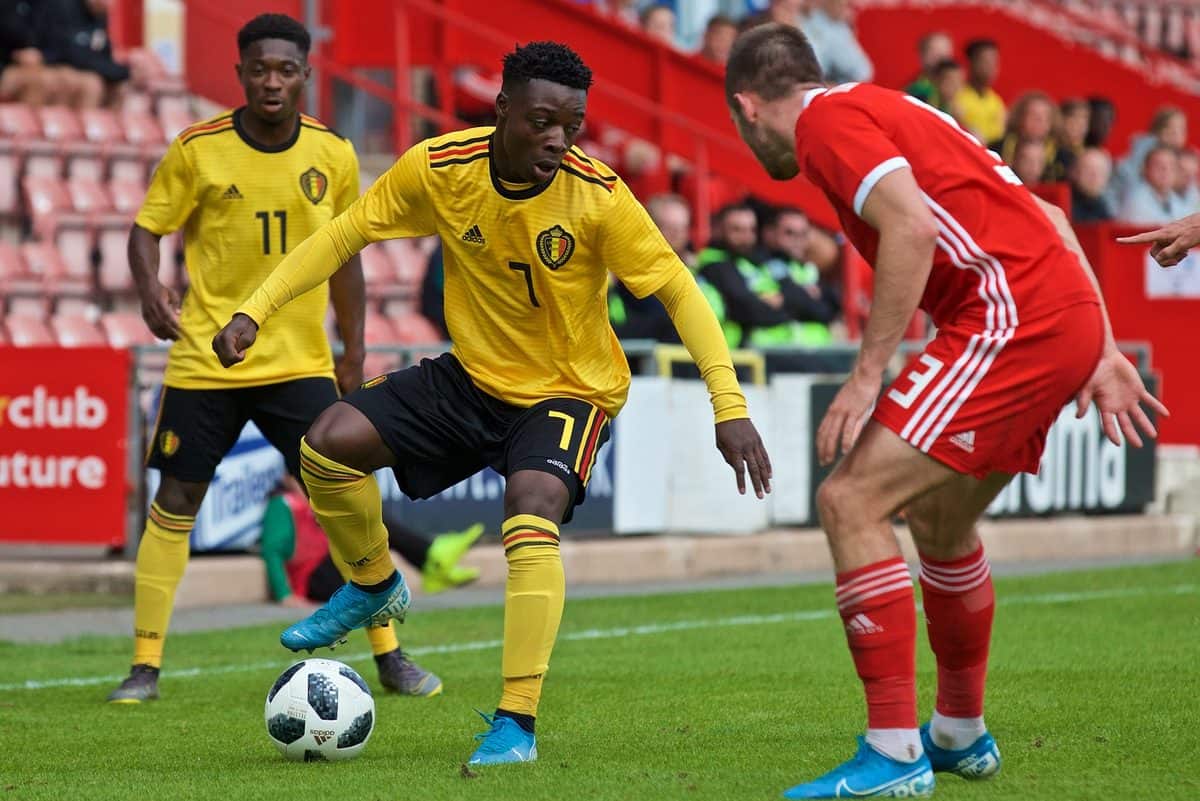 Belgium winger Jeremy Doku has revealed he turned down a move to Liverpool last summer due to the step up to the Premier League coming “too soon” in his career.

Doku has long been a target for the Reds, and if reports are to be believed, there have been a number of approaches for the 18-year-old over the years.

He is believed to have rejected the chance to move to Merseyside in 2018, despite talks with Jurgen Klopp, while another offer came last summer, after his first full season with the Anderlecht first team.

This is claimed to have come in the final weeks of the transfer window, only for Doku to eventually join Ligue 1 side Rennes in October, in a deal worth over £23 million.

After six goals and seven assists in 37 games for Anderlecht, Doku has assisted twice in 21 outings for Rennes, making 16 starts so far including four in the Champions League.

It may be vindication for his decision to reject Liverpool, then, as he explained in an interview with Het Nieuwsblad that it would have been “too soon” to make such a step up.

“I did a lot of research first, wrote down all the positive points and only then did I make a decision,” he explained, when put to him that Rennes are not at the Reds’ level.

“I knew that I first wanted to make an intermediate step. Going to a top club now would be too soon.

“I still have a lot to learn and Rennes is the ideal place for that.

“They play the Champions League, it’s a good team that plays in a good league. You feel that there is a difference in level with Belgium.

“There’s also more famous and better players. Memphis Depay, Houssem Aouar, Angel Di Maria. These are men you will not meet in the Jupiler Pro League.”

The Reds had already completed the deal to sign Diogo Jota from Wolves when Doku swapped Anderlecht for Rennes, but given his age it is likely the Belgian was considered one for the future.

This does raise the prospect of renewed interest in the future, as with the youngster describing his new club as “an intermediate step” it is clear he is hoping to move on eventually.

Rennes are currently fifth in Ligue 1, nine points off the top two, with PSG and Lille both picking up 45 so far, and Julien Stephan’s side are making great progress.

Doku has started nine of the last 10 league games, and believes he is “becoming more flexible” due to being deployed on the right wing, rather than his favoured left.

“I feel that I have taken steps in several areas,” continued.

“In the past, for example, I was often good on the left, but it was a bit harder to do my thing on the right.

“At Rennes I often play on the right flank. And OK, it is still not my favourite position, but I do feel that I am becoming more flexible.” 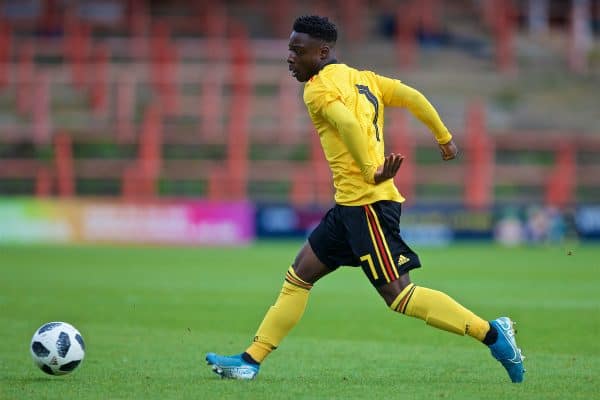 An 18-year-old winger playing regularly in one of Europe’s top five leagues and the Champions League, capable of playing on either flank, certainly resembles the profile of a player Liverpool would target.

If he can continue to hone his craft in France, and in particular improve his numbers, it would be no surprise to see him ultimately join the Reds in the future.

This is particularly pertinent given Mohamed Salah and Sadio Mane are now both 28, while Roberto Firmino is 29, and though their contracts all run until 2023, a succession plan is required.

With Jota already signed and Harvey Elliott making great strides on loan at Blackburn, the wheels are already in motion – but perhaps Doku could ultimately join them.