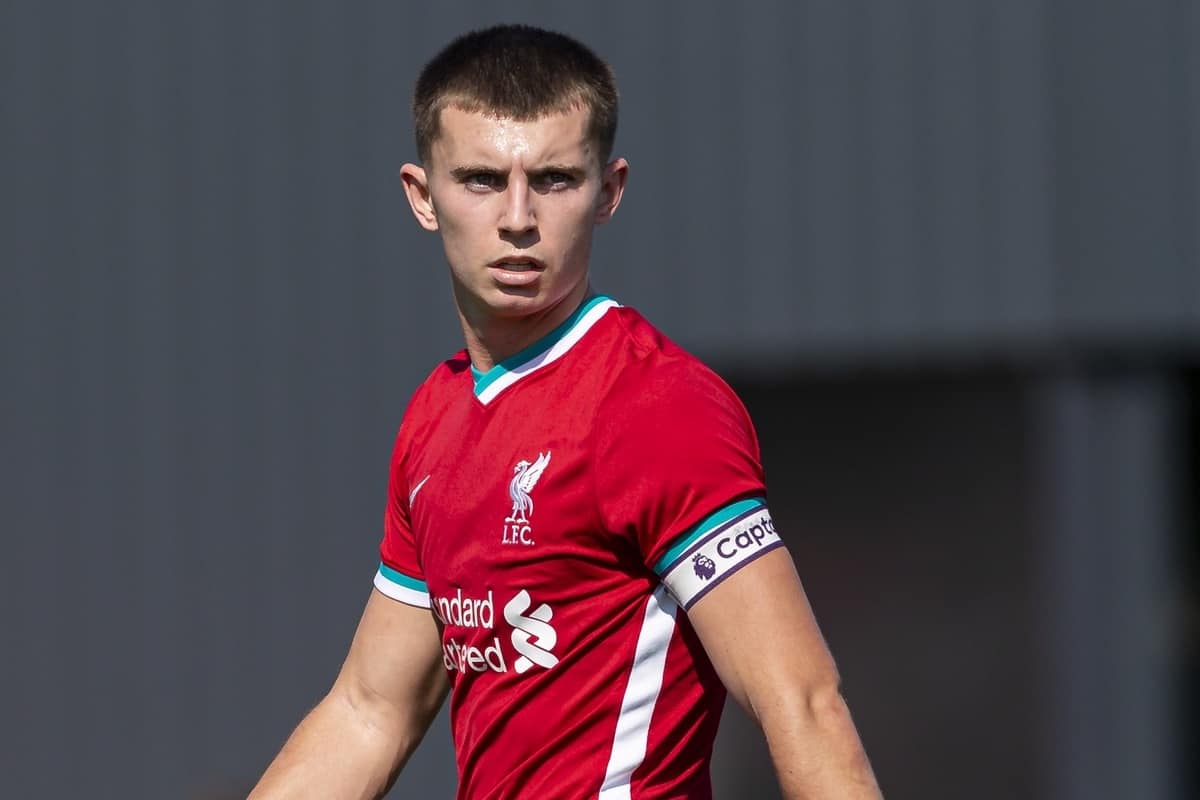 Ben Woodburn‘s short-term future at Blackpool remains up in the air as manager Neil Critchley has yet to decide whether or not to extend his loan spell.

It’s been anything but smooth sailing for the 21-year-old in recent years, with injury playing a key role in holding him back and impeding his development.

And after starting the 2020/21 season with the under-23s, a move to Blackpool emerged under the tutelage of former academy boss Critchley – a match which appeared perfectly suited for Woodburn to refind his feet.

While a League One club, the Seasiders presented yet another opportunity to settle as a senior player but he has struggled to carve out a regular place in the starting lineup.

Woodburn has made 10 appearances for Blackpool this season and has been named in the XI just four times and has not yet completed a full 90 minutes.

He did test positive for COVID-19 early on in his loan spell and took time to return to add another layer of complexity into his push for game time.

And with his loan stint expiring on January 17, Critchley was non-committal as to whether Woodburn will be retained for the remainder of the season.

“No decisions have been made on that one but it’s something we’re discussing,” Critchley said, via the Blackpool Gazette.

“That applies for all of the loan players, whether it’s Jordan Gabriel, Dan Kemp or Ben Woodburn.

“Obviously with Dan Ballard we’ve organised that situation, but Ben will come into the conversations we’re having over the next 24 to 48 hours and probably the early part of next week about where we go with those loan players.

“No final decisions have been made yet, though.

“There’s always a natural break in January for a lot of those loan players, so that can be from both sides.

“When you have loan players they’re not your players, so the decision doesn’t always rest with you. We only have a certain amount of control over those decisions.”

Critchley also provided an interesting insight into how COVID-19 hampered Woodburn’s momentum, revealing that it “knocked him back” in terms of his performance in training.

“When Ben first came he started well but unfortunately he contracted the virus and that knocked him back for a couple of weeks,” he continued.

“While he was away we won all of our games, so it was difficult to get him back into the team.

“It did knock him back a little bit – you could see that in training. You could tell it took him a little period to get over it and recover.

“He’s had a couple of games since and he’s come off the bench a couple of times, so he’s in our squad, and he’s fit and available.”

With Woodburn out of favour with Critchley, a return to Liverpool could be the best course of action either in search of a new loan deal or to build back his confidence with the under-23s.

Still holding the record at the Reds’ youngest-ever goalscorer, Woodburn has a lot of promise and simply needs the right environment and luck with injuries to unlock it and the hope will be that he finds it sooner rather than later.