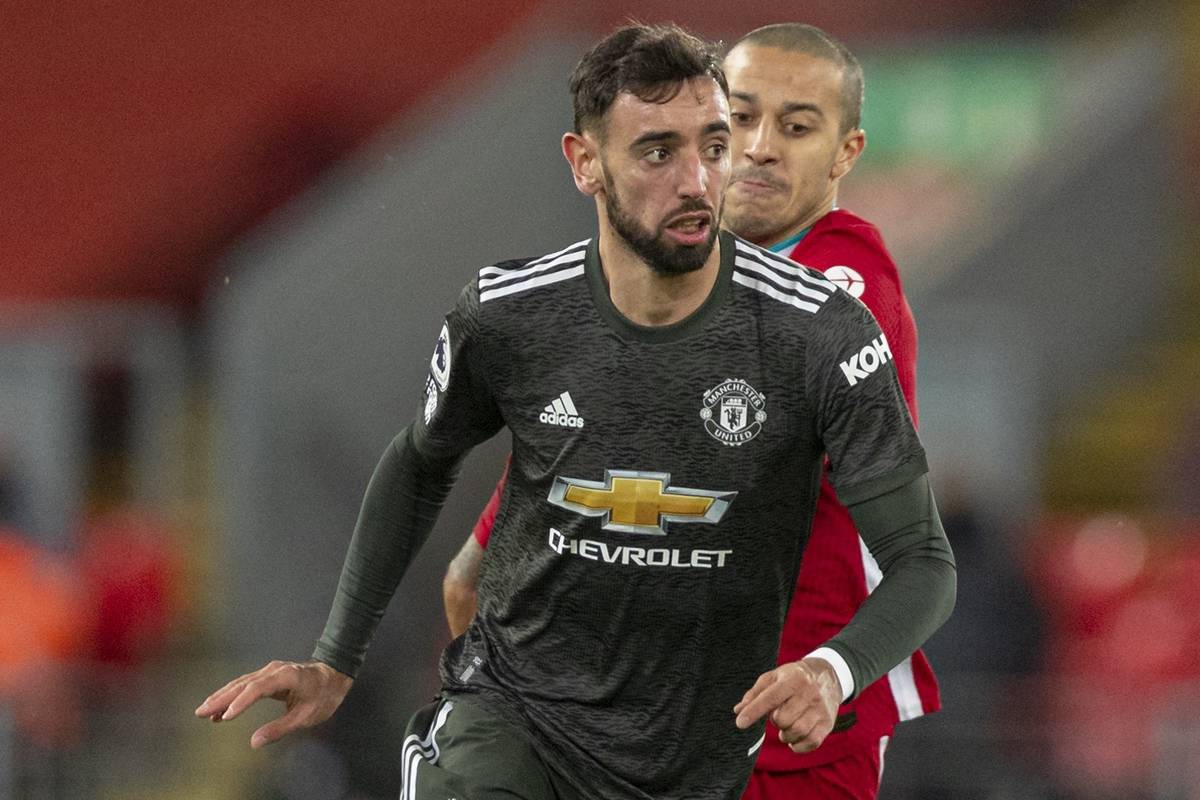 Bruno Fernandes is not reading too much into Liverpool’s poor recent run as the Manchester United midfielder attempts to knock their bitter rivals out of the FA Cup.

A week on from the sides’ tense 0-0 Premier League draw at an empty Anfield, Jurgen Klopp’s men head to Old Trafford for Sunday’s eagerly-anticipated fourth-round encounter.

Liverpool make the trip along the M62 enduring a rare shaky moment, with Thursday’s shock 1-0 loss to Burnley their first home league defeat since April 2017.

The third-round triumph against the youngsters of coronavirus-hit Aston Villa is the only win they have managed in their last six matches in all competitions but Fernandes knows they can bounce back at any point.

“I think teams have moments,” the Portugal international said. “I don’t think Liverpool are playing poorly. I think they don’t win and this is the point.

“I feel that on me because I know the standard is high, because I arrived and I scored a lot of goals and make a lot of assists, and everyone is wanting goals and assists from me.

“It is the same – everyone expects goals from Salah, from Firmino and from Mane.

“They are not scoring in the last games and it starts feeling like ‘oh, they are not playing well’.

“They create, they play, but the other teams are playing better and, as I said before, they have more qualities to play.

“Every team goes there to play maybe without the pressure of the fans. Teams play a little bit more comfortably and, as I say, I think it is a moment.

“We don’t have to look at that moment because big teams and big players can show in every moment.”

Fernandes is hoping to taste victory against Liverpool for the first time since arriving at United and will be desperate to make amends for missing a fine chance to win last weekend’s game at Anfield.

“In the past already I have seen Manchester playing for a long time and I know what that game means for the fans,” he said.

“Everyone knows and of course, for us, it means a lot because it is a cup [tie] and it is a chance to put one of the strongest teams who are in the cup with us out, so we have to take that.

“Of course, we have so many teams in the cup in this moment that maybe you can have an easier game than this.

“But if you want to win the cup then you have to beat the biggest teams, so we have a chance now to beat one of the best that is left in the FA Cup.”